I made two trips to catch a MLC300 doing HVAC work at a Microsoft server farm building in Spring, 2019: first, second. Each time I noticed that the lanes were reduced on North Avenue under the UP/C&NW tracks that are north of their Proviso Yard. Also, there were cranes north and south of North Avenue by the bridges.

I also noticed that on the west side bridge they still had a C&NW logo on it over the south lanes.

When I visited Proviso Yard in the Summer to get a photo of #1111, there was no construction activity. But I did stop to get a photo of the old logo.
While I had stopped at a Shell truck stop during my first trip, I noticed that there was a crane over by the tracks.
During my second trip, since it appeared that the west side was not parking or pedestrian friendly, I tried the east side. I parked on a side street, and it looked like it was pedestrian friendly since it had a sidewalk. 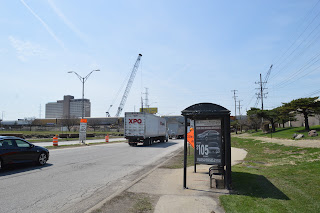 But my hopes were soon dashed. 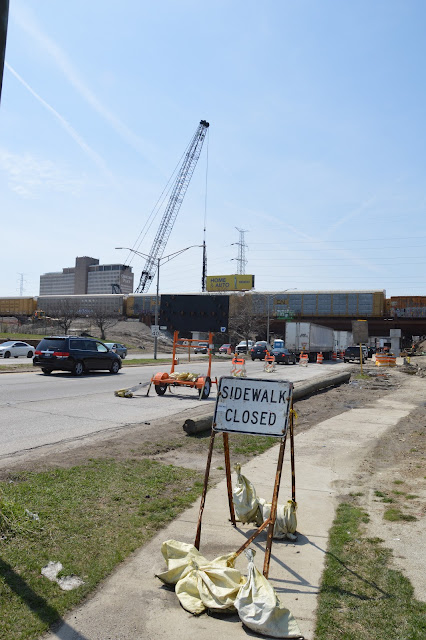 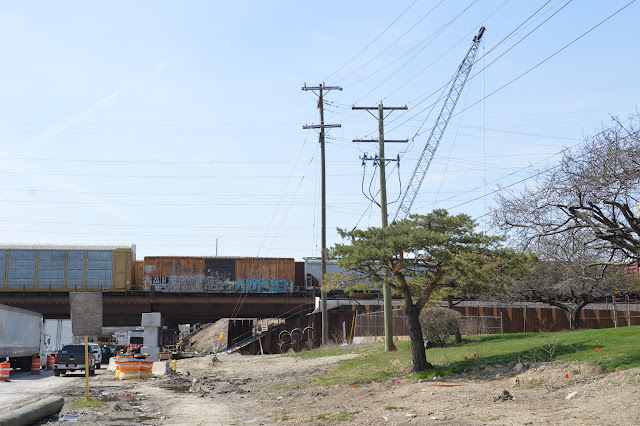 I did notice the old bridge piers that were peaking out from under the new bridge. So I zoomed in for that photo and left since I could not get any closer to the crane action. 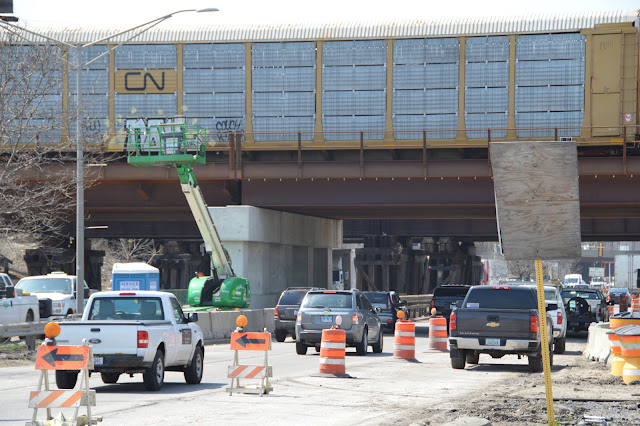 I discovered that Street View went along North while they were doing construction in Nov, 2018. So I'll use their photos. 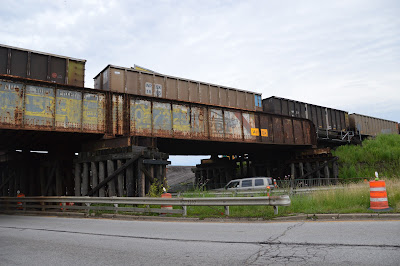 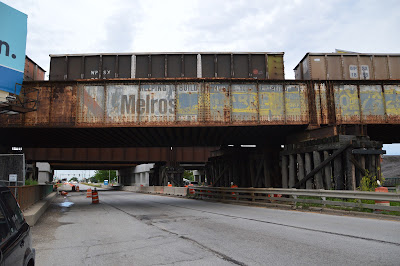 Continuing my Street View ride under the old west bridge, I see the old east bridge and the two cranes.
From under the old east bridge, I see they are building the rebar and forms to pour the cap for the middle pier. They have already built a new bridge on the east side. And they have brought in a hydro crane to temporarily help the two crawler cranes.
On the east side looking North.

On the east side looking South. Many highway bridges have switched from steel girders to concrete girders. But I notice that railroad bridges still use steel girders.

I also noticed in the street views that there was a man walking along the sidewalk on the south side. I may do another trip to look at those bridges.

On my trip to Proviso Yard, I took a couple of photos of the Lake Street underpass as I waited for the traffic to clear. This was the one place on the trip that I encountered traffic on a Sunday evening. 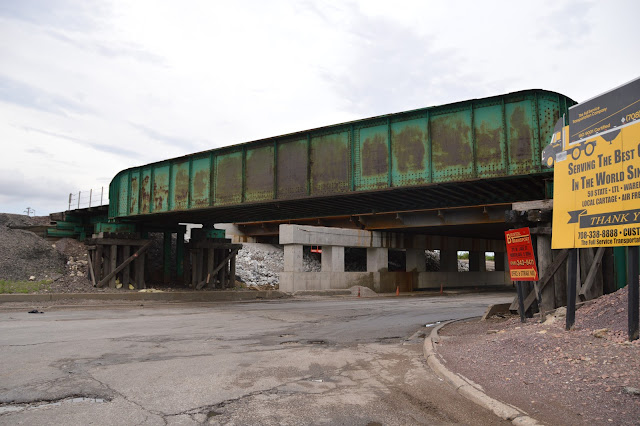 Posted by Dennis DeBruler at 7:36 PM