(Bridge Hunter, Historic Bridges, 1944 Map of the TT, see below for satellite)   Toledo Terminal Railroad's Upper River Bridge
Since this bridge should now be gone [Blade], I saved the satellite and street view images.
Note the metal "ice breakers" that have been added to the upstream side of each pier. (another view)

Only the swing span was considered worthy of historical registration. A swing span was required because someone thought that tall-masted ships would come this far upstream. They probably never did because there is no evidence that machinery to turn it was ever installed. And with the construction of the I-90 Bridge, there will never be a need to turn it. [Blade]

Because it would be a long trail bridge, it has to be strong enough to support emergency vehicles, not just pedestrians and bicycles. Because the piers, as well as the truss (e.g. some rivets have crumbled), are so bad, it would cost $8-10m to restore, but a new bridge would cost $7m. To retain the federal funding, the Chessie Circle Trail must include a river crossing by 2031. [Blade] It is a shame that it was allowed to rust away since before 1982.

Update: Evan Manley posted some photos of this bridge while it is still standing with the comment:


This bridge is located near the Maumee/Toledo border and over the Maumee River was built in 1902 for use on the Toledo Terminal Railroad. It was last used in 1982 when a derailment damaged the bridge integrity. The center span was installed to be able to swing in case ships ever came this far up river which, they never did. The gearing has all be installed but never a motor. It is set to be demolished soon and brush has been cut from both sides of the bridge to allow equipment to move in. It sadly is in very bad shape so plans to connect the exisiting "Chessie Circle" trail will not happen unless a new bridge is contructed. Realizing this important historical bridge will be gone soon, I headed out with a friend on his boat to get some photos from the water. You can see some close up photos of the gears that were installed. Many people see this bridge from I-90 Turnpike and great photos can be had from an overpass on River road neaabov the turnpike. Get your photos while you can as she will be history soon. It will be sad to see a landmark I've grown up with gone.

Lots of images posted about the bridge being torn down. It has not been used since a derailment in 1983. The swing span never did move.


Sad news to report. The Toledo Terminal Maumee River Bridge in Ohio is now history. All photos from this month with the last few being from Monday. I've got lots of photos of the bridge when it was still up and from the demoltion process. Some of the turntable gears and bearing are being preserved. The bridge was too far gone to even be used as a pedestrian/bike bridge unfortunately. A new trail starts just out of view behind me. All photos taken by me. 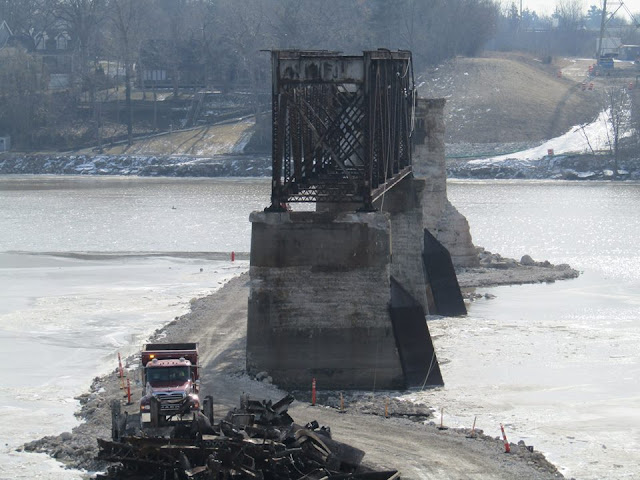 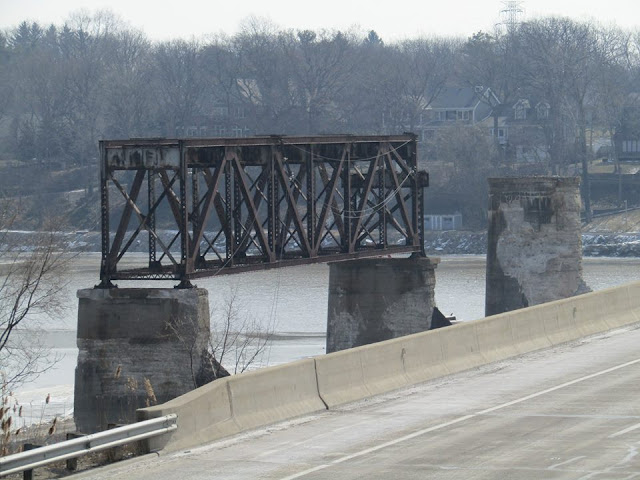 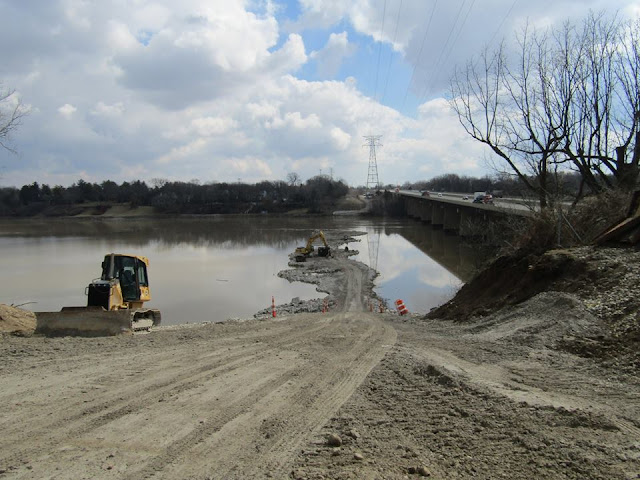 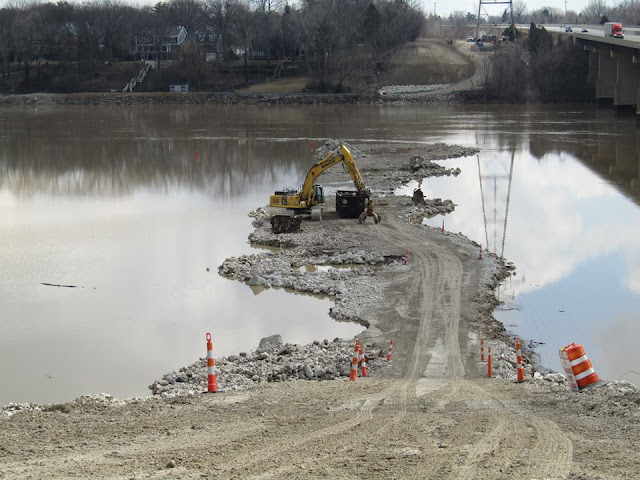 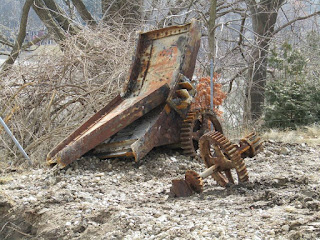 Posted by Dennis DeBruler at 7:54 PM