Flood of 2019: The river side of Offut Air Force Base was too low

(3/24 Update: Chicago Tribune article headlined: "Midwest floods expose national security threat." The quickly rising water overwhelmed a round-the-clock sandbagging effort. Almost 80 buildings are flooded with up to 7' of water. They were able to save sensitive equipment, munitions and dozens of aircraft. "Though the headquarters of Strategic Command, which plays a central role in detecting and striking at global threats, wasn’t damaged, the flooding provided a dramatic example of how climate change poses a national security threat, even as the Trump administration plays down the issue....In a reference to President Donald Trump’s proposal to take money from the military construction budget to fund his proposed wall at the U.S.-Mexico border, Titley said levees 'are the kinds of walls we need.'...Titley predicted Offutt Air Force Base would prove the latest military installation to have racked up $1 billion or more in damage. Hurricanes struck North Carolina’s Camp Lejeune in September and Tyndall Air Force Base in Florida in October.")

When you see photos of a lot of land under water, sometimes it is a flood plain doing its job. 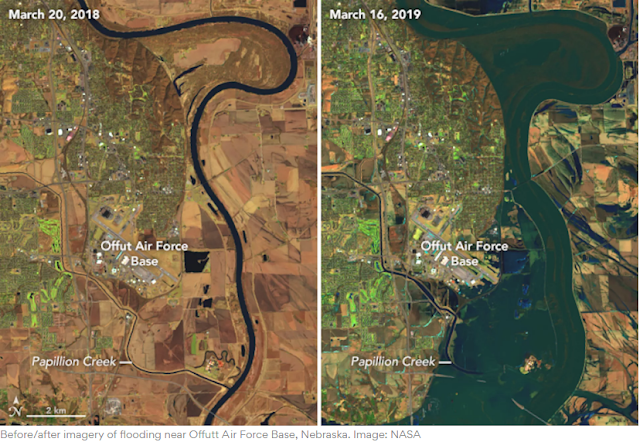 Comparing this photo to a satellite image, only the end of the runway is under water. But sometimes the capacity of the flood plains is exceeded. Paradise Park does not look like a paradise anymore. 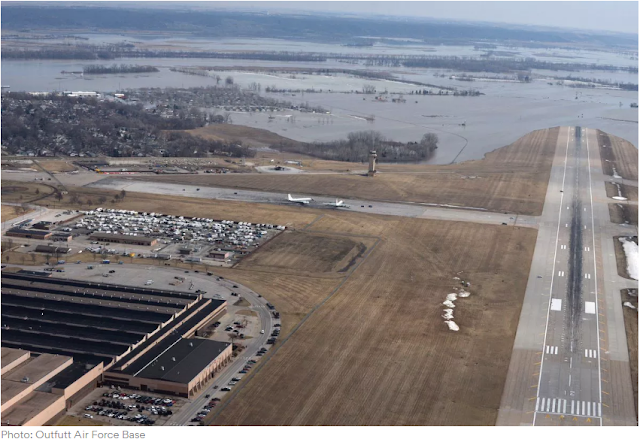 It is a good thing they moved the airplanes from their "parking lot" because...
...it was under water. 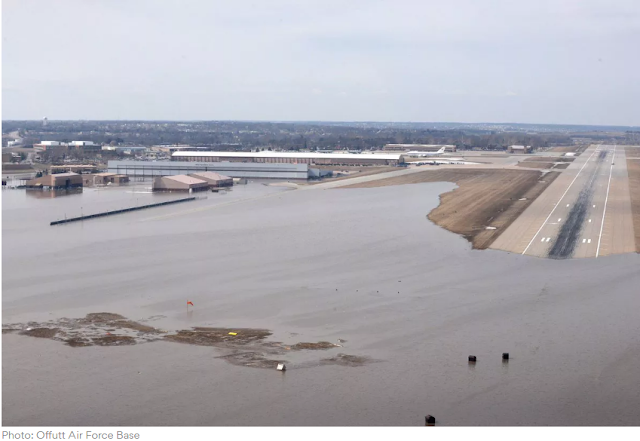 Someplace in all of that water is the Missouri River's normal channel. I think the water level is higher in this photo than it was in the NASA photo at the top. An Air Force base certainly has the resources needed to take aerial photos. 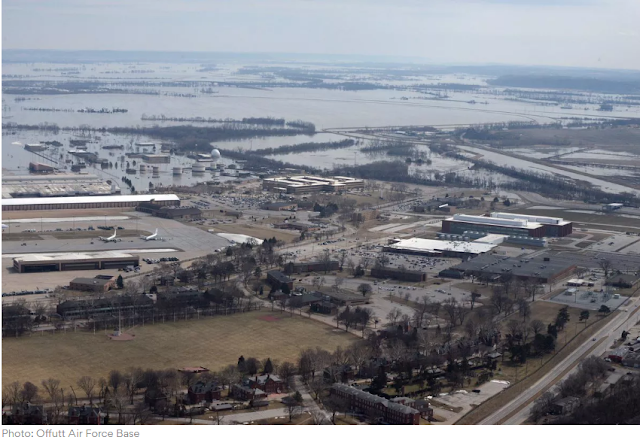 Posted by Dennis DeBruler at 1:31 PM