While taking a photo of the pagoda in Ping Tom Park, I happened to get the building in the background.
And I got a clear shot of a big chunk of it when grabbing a photo of a tourist boat. The tower on the left is the north tower of the South Branch Bridge. 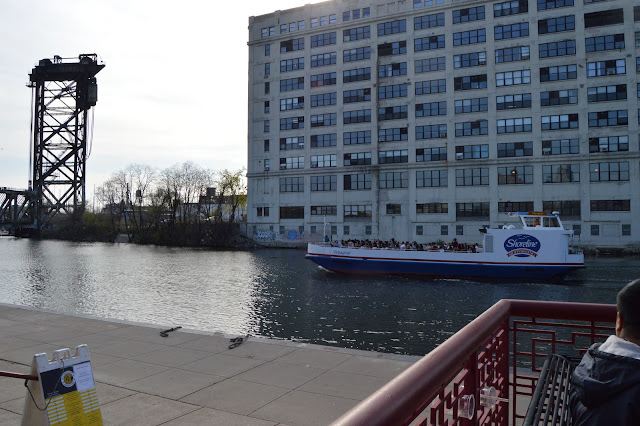 Some times I catch part of it when I turn and take a photo of the train bridge because I have heard a horn sound. In this photo, the train is not yet visible. With the cheapness of digital photos, I take shots first, ask questions later.
For the next shot, I had time to zoom in. The boat is waiting for someone to answer his radio calls about raising the bridge so that he can continue down the river. The train was two UP locomotives running light. They are probably going to Canalport Yard. 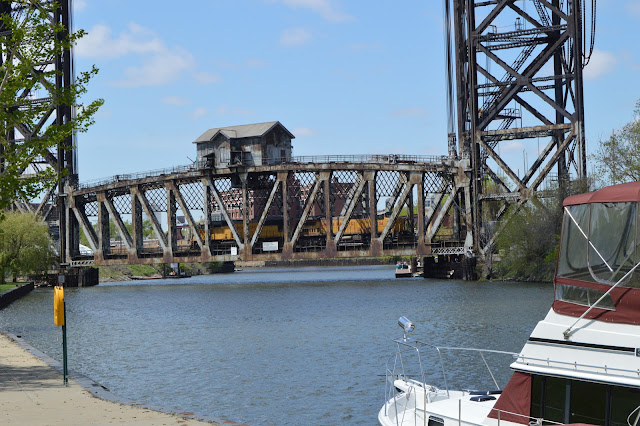 Note that as UP leaves the bridge on the left, NS is entering it on the right. The Amtrak dispatcher evidently hold the freights so that when a window is made for freight traffic, multiple trains can use that window. Note the dispatcher still hasn't let that boat, which was waiting when I arrived, have a window. 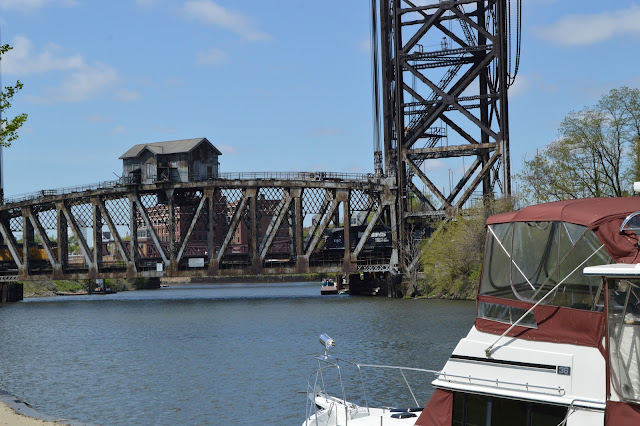 And NS has a two boxcar train. 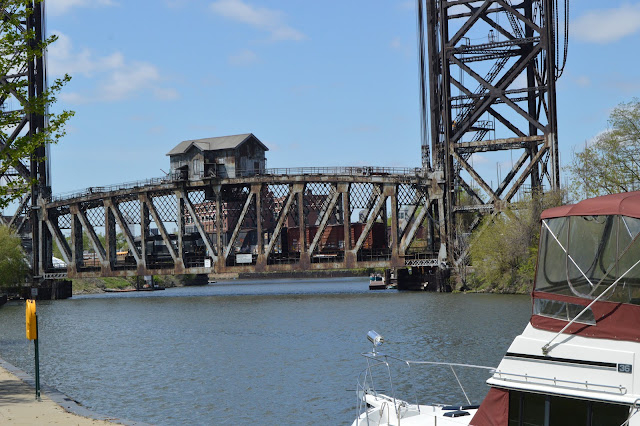 The boxcars would be coming from Continental Paper Grading Co.

Posted by Dennis DeBruler at 11:09 PM

Email ThisBlogThis!Share to TwitterShare to FacebookShare to Pinterest
Labels: retail