I found this building being remodeled on Goose Island. It is the first building I have seen in Chicago that has tie rod anchor plates. In fact, it has two different types.

It has big ones in vertical columns and little ones near the top along the roof line. The little ones help fasten little rods in the wood beams of the roof to the brick wall to hold up the roof. These are further described below.

I believe the vertical tie plates terminate tie rods that run completely through the brick walls inside the building. This helps hold in the outer walls and provide reinforcement for the interior walls.
Note the tie plates in these mills run horizontally along the floor lines. The Chicago building must have been built after this lesson was learned and only the roof is tied into the outer walls. They switched to rods through the walls to help hold the outer walls from buckling outwards.

I first saw tie plates in a building in a small town in Illinois. (After a lot of searching in my picture folders, I discovered it was in Indiana.) Of course, I can't remember which town that was. I had gotten out to take pictures of railroad structures along a north/south railroad when I spotted it across the street. These are some of the buildings I came across while looking for the building I wanted to find. 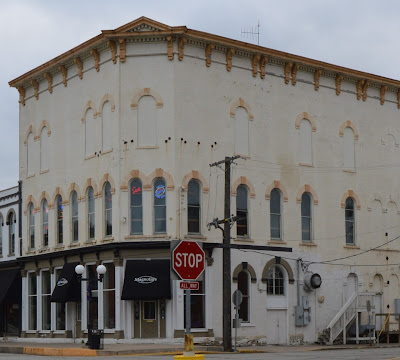 In this building the tie rods with their plates seem to have been used for repairs. Note the cluster on the corner between the second and third floor. There is also a vertical set of tie plates in the lower-right corner.

The IC Depot in Mattoon, IL. 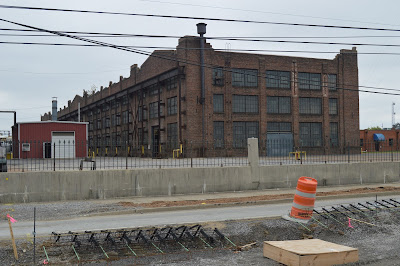 One of the back shop buildings in IC's Paducah's shops has plates along the left side and along the bottom of the end wall. In this case, there is probably something heavy on the inside that has been mounted to the wall, and the mount needed the extra strength of a tie rod and plate. 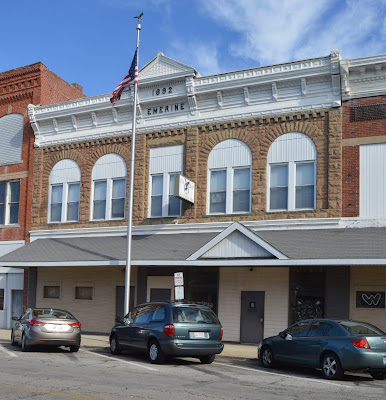 In North Baltimore, OH, I was taking a picture of the 1892 cut stone building, but I notice the building to the right has a couple of tie rod plates by the window.

But looking at a Streetview, they must be for a repair job rather than for the original construction. 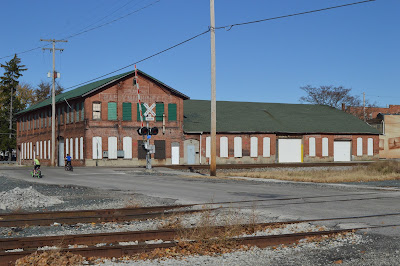 A block to the west is an old industrial building. (Unfortunately, it is currently vacant and for sale. I hope a developer can reuse it as an antique shop, wedding reception hall, or whatever building depending on the layout of the interior. People near Chicago have weddings in Streator, IL, even if some of the guests have to stay in Peru or Ottawa, IL because an industrial building was converted to a (relatively) reasonably priced "event center.") This view is looking to the northwest across the CSX/B&O mainline through town. 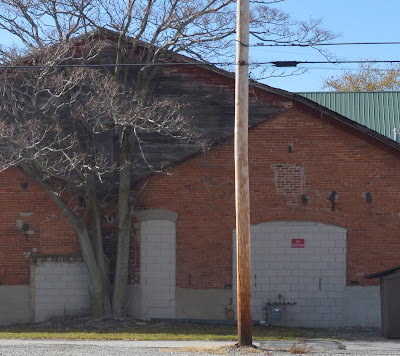 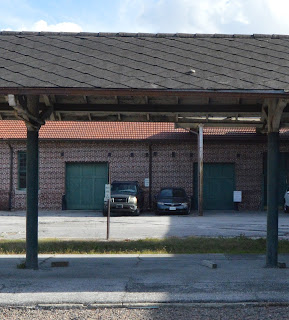 A side building of the Tampa Bay depot has a few along the top. The foreground is one of the platforms and its shelter.

(20151225 7772) (I spent Christmas Day driving around Tamp Bay because traffic would be light and because I had been to Busch Gardens the previous year.) 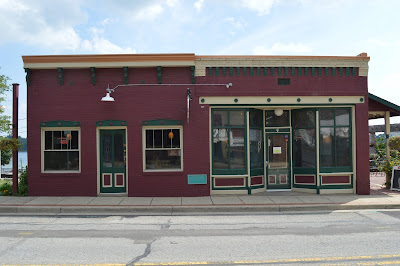 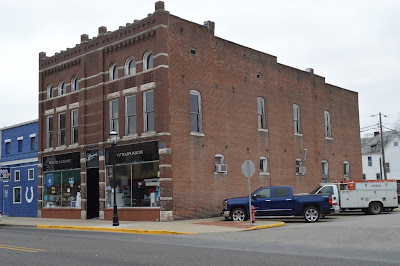 Bingo. This is the building I had in mind. This is the first one I noticed with tie rod plates on the side. And this appears to be the bad design described by the Tsongas Industrial Historical Center comment above where the floor and roof beams are tied into the walls. 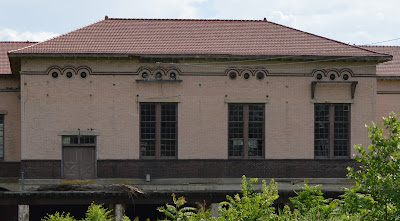 The middle of the hydro-electric plant in Marseilles, IL, has two rows of tie plates along the top. But in this case I think it is to mount something heavy on the inside of the building.

I have a lot more pictures of brick buildings. But they were just a brick facade over a steel frame (effectively short skyscrapers). The brick in these older buildings with tie rods are probably load bearing walls built in the 1800s and early 1900s, and the rods are the only steel (wrought iron if old enough) in the structure. I assume that if tie rods were not used, more courses of brick would be needed in the walls to withstand lateral loads such as wind load. I wonder how well masonry buildings with tie rods survive earthquakes. (Masonry buildngs without tie rods don't survive.)

An 18-page .pdf sounded interesting, but when I clicked the "Download button," it asked for private information. A 201-page .pdf is more information than I'm willing to look at. I skimmed an 8-page .pdf and noticed that vertical ties are more effective at resisting earthquakes than horizontal ties.

Posted by Dennis DeBruler at 6:53 PM

Email ThisBlogThis!Share to TwitterShare to FacebookShare to Pinterest
Labels: brick