(Satellite)
(Update: Corn Products also had a plant in Pekin, IL. It is now an ethanol plant.)
While researching the Clearing and Bedford Park Yards around Archer Avenue and 63rd Street, I noticed a large industrial complex south of the Baltimore & Ohio Chicago Terminal Railroad (B&OCT) tracks and west of Archer Avenue. A view of the whole complex from the Archer Avenue is blocked by trees.

So I got some "peeks" between the trees. 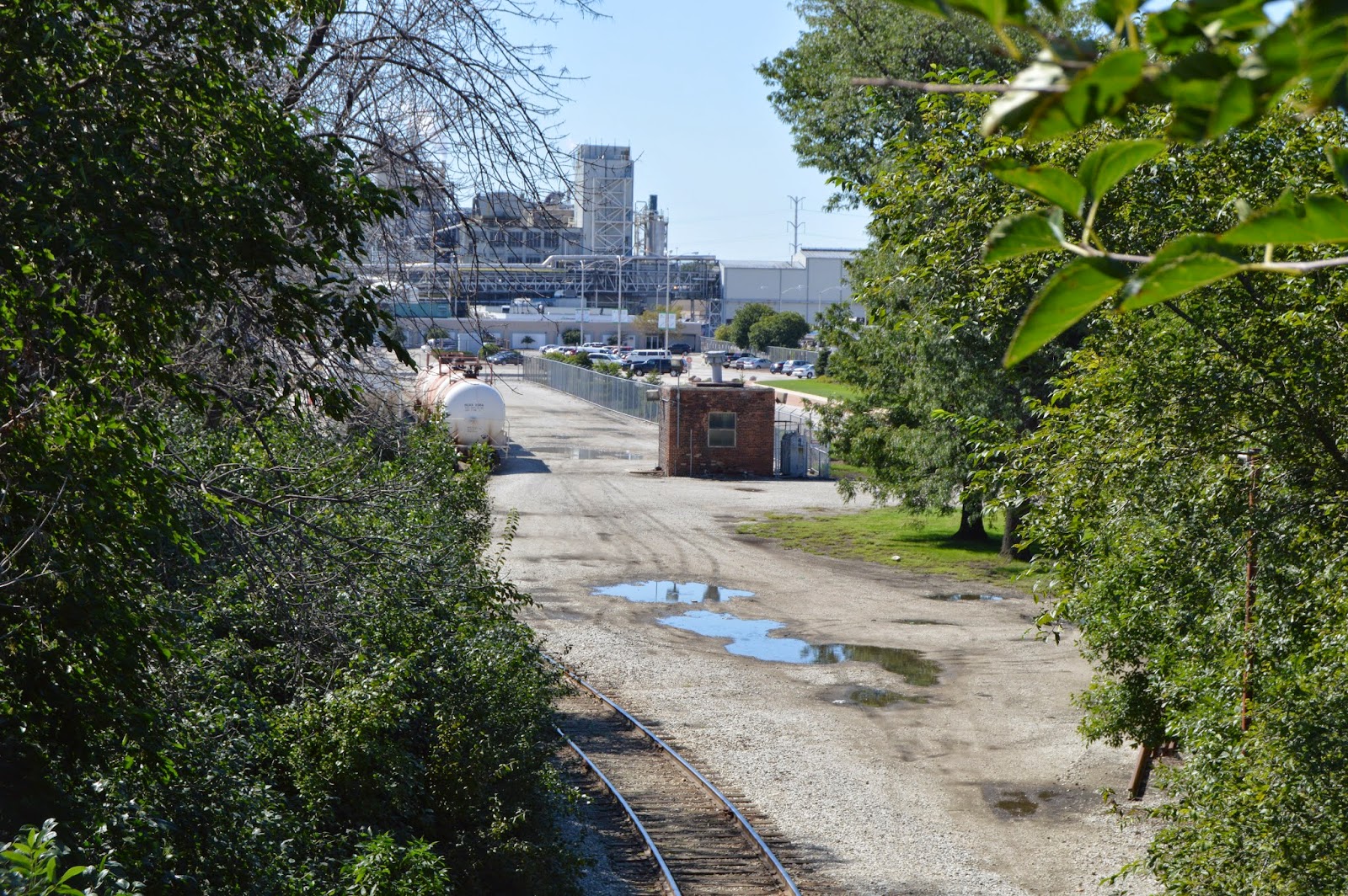 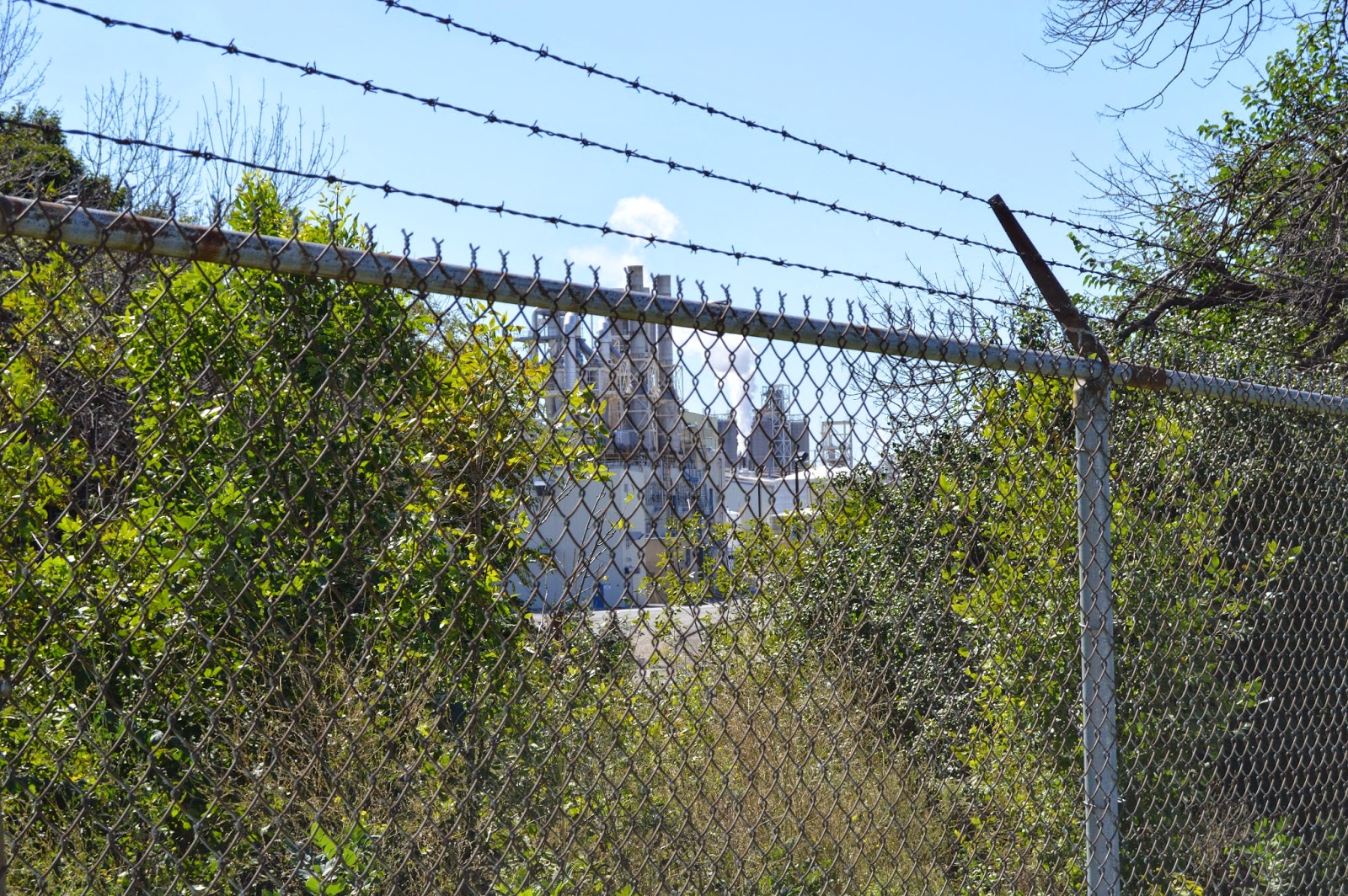 The sign said "Ingredion", so when I got home I Googled it and found that they were Corn Products until 2012.

The above linked web page documents that they began construction on their Argo corn refining plant in 1908 and that it remains the Company's largest facility. I assume the photo to the right was of the original plant. They began production of high fructose corn syrup at the Argo plant in 1976. I assume that this is when they completely rebuilt the plant because the current satellite view doesn't look anything like the original plant. I confirmed that the plant was rebuilt after 1938 by studying the aerial photo below. It is consistent with the 1908 picture. Note that the rail access was from the east with a connection to the B&OCT. There does not seem to be a connection with the Chicago and Alton Railroad on the west side. But in the satellite view, the primary access seems to be from the west side. However, the east side still does have some access to the plant.

The following views are looking east and west along the east access track from atop the Archer Ave. bridge. 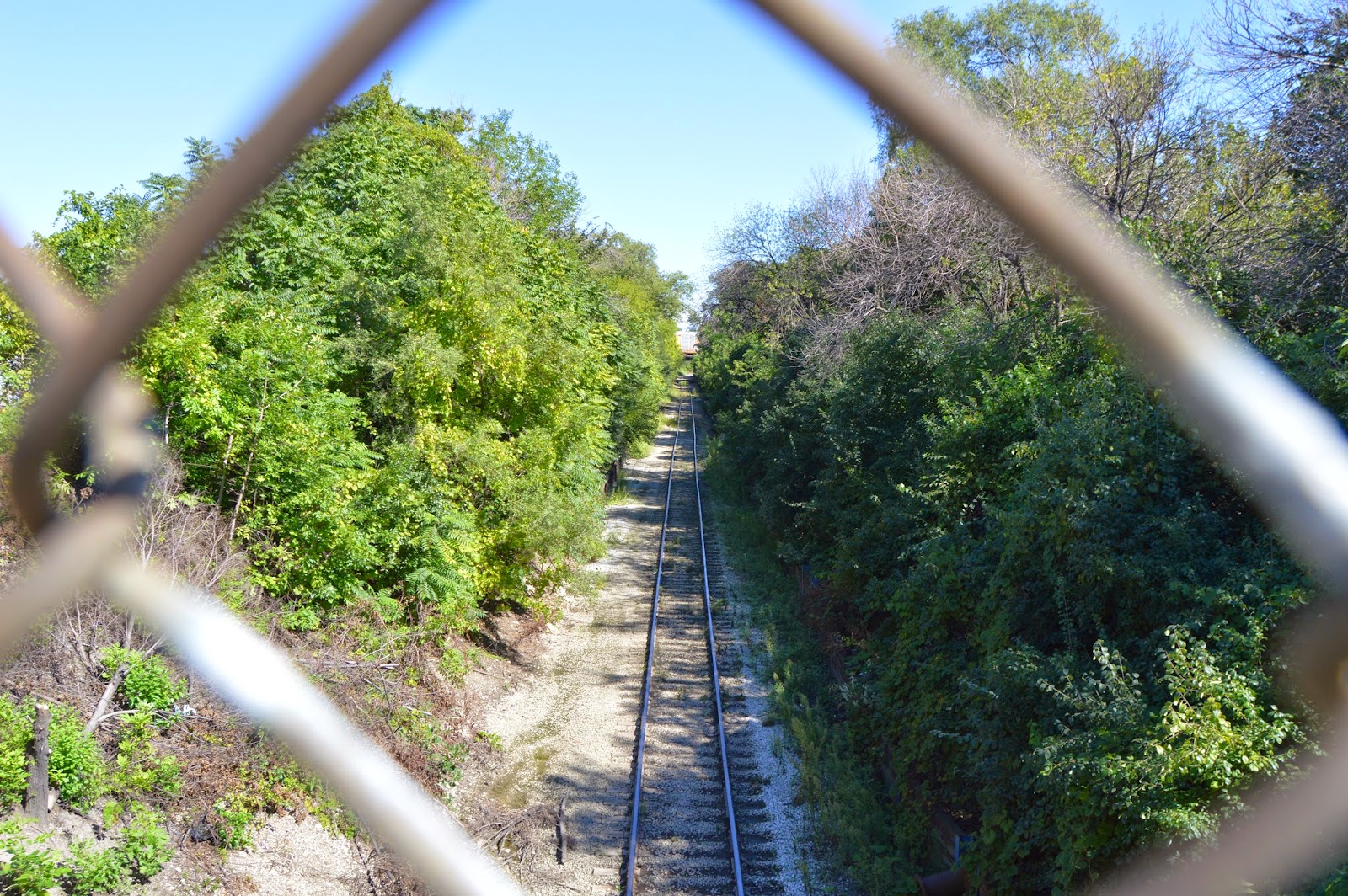 Since high-fructose corn syrup is coming under attack as a contributor to our obesity epidemic, I noticed in their history that they have diversified into sugarless sweeteners and changed their name in 2012 from Corn Products to Ingredion.

Ingredion has another plant near Winston-Salem, NC. That plant was built in 1981 to replace a plant they had in Pekin, IL.

I didn't realize that Corn Products was so big that they had their own office building in the loop.
Posted by Dennis DeBruler at 8:05 PM