While standing in line one Saturday waiting for a tour of the Tivoli, I took pictures of the trains that came through Downers Grove, IL. At 10:55:42 there was a westbound commuter being pulled by two engines -- 105 and 198. It is rather rare to have two engines pulling a commuter.

Then at 11:14:54 there was a westbound freight. I had noticed that there were gaps in the fence so I had crossed the street to get better pictures. Unfortunately, when I got there I discovered the gaps where fenced off. Evidently the gaps are safety islands for the people working on the platform construction. The platform has been torn up since Spring. The train did not blow its horn when it approached the workers. So when we hear the horn, it must be because someone is not in the safety island and/or track work is being done. 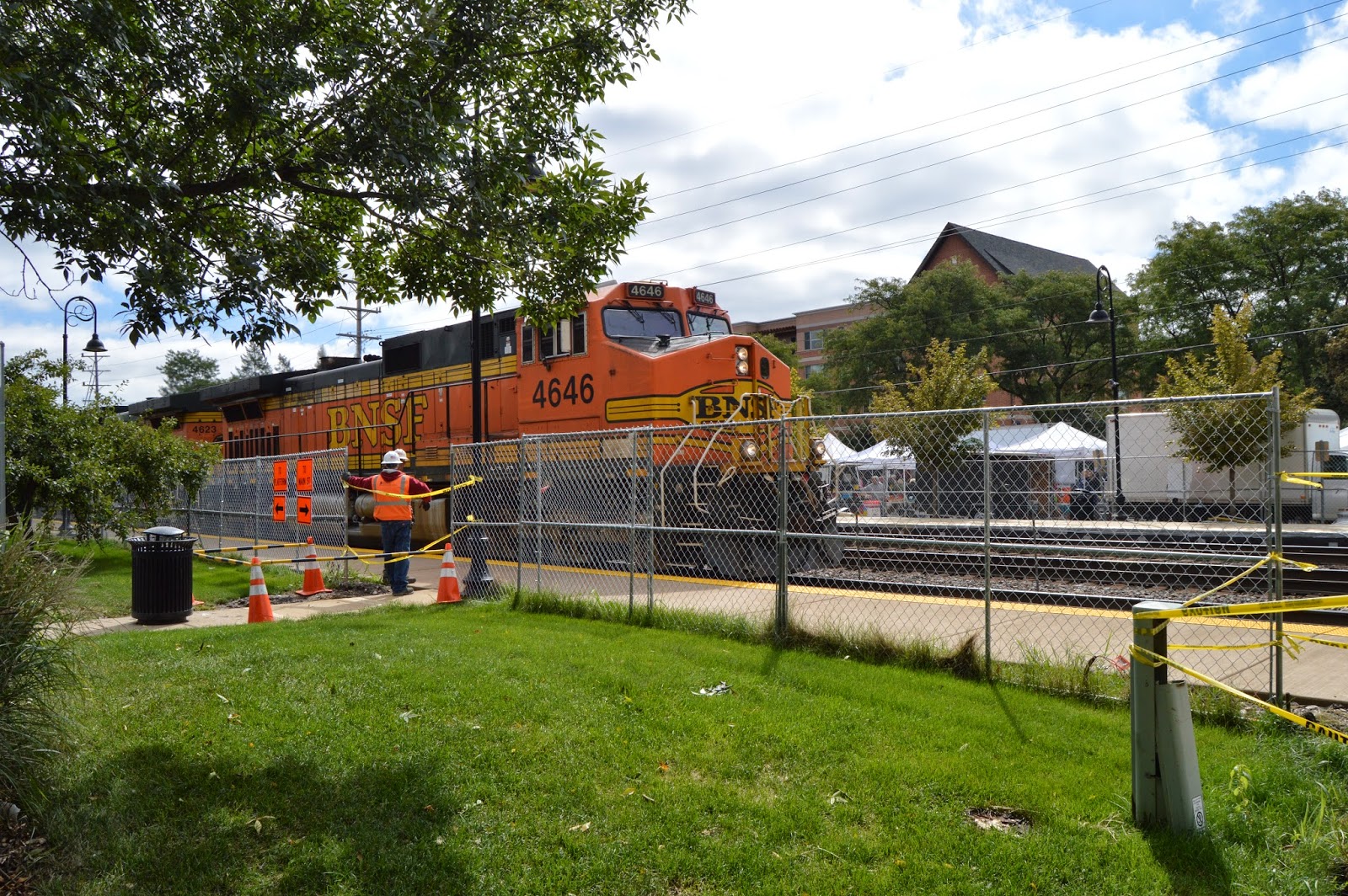 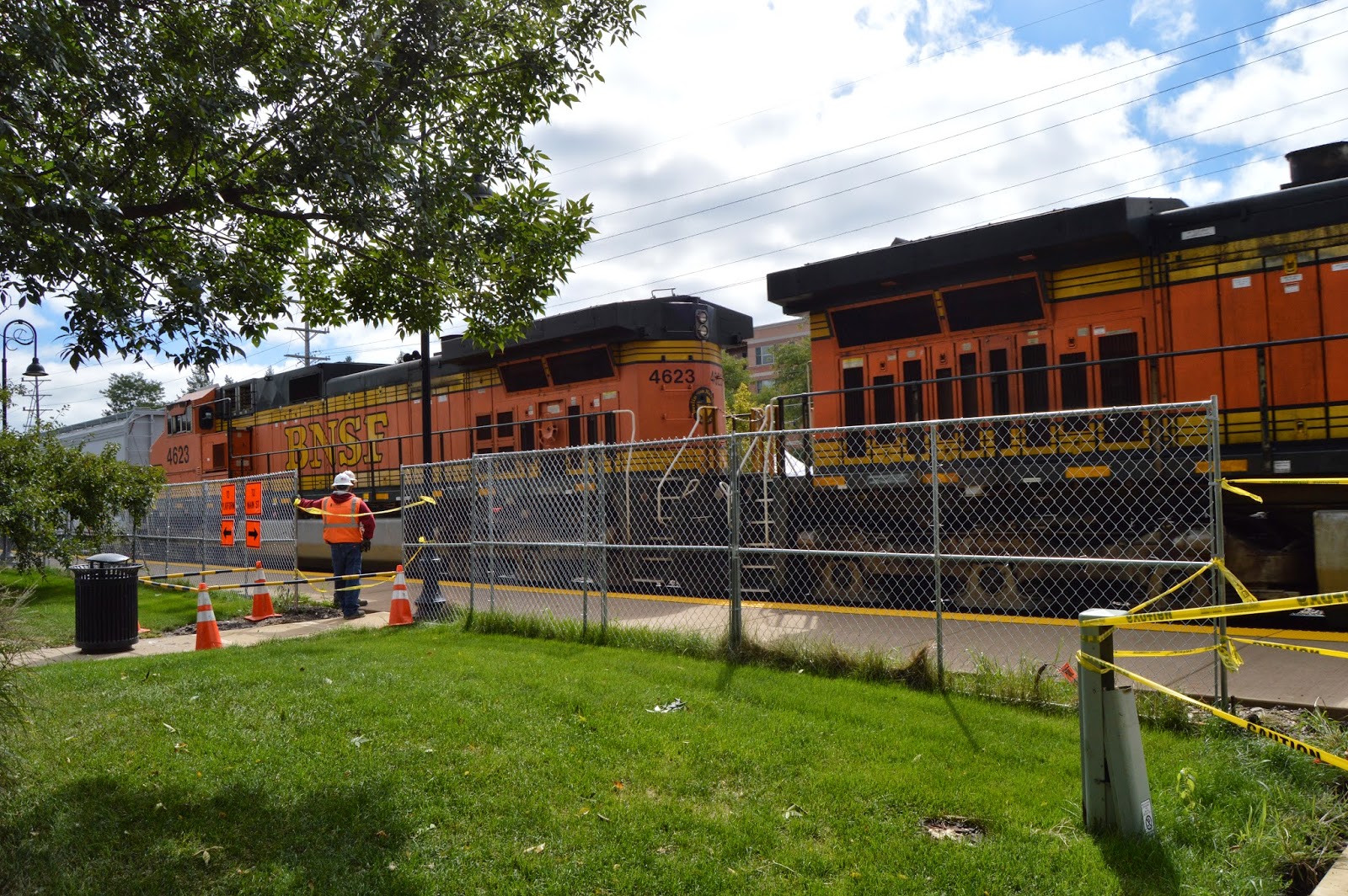 At first I thought the train was a unit covered-hopper train. But then I saw a couple of box (refer?) cars. (I just noticed while looking at the pictures that the construction workers had left the safety island.)


The ratio of mixed freights to unit trains continues to be much higher on the weekends. Most of the cars were covered-hopper and tank cars. So I ended up taking pictures of all of the remaining cars that were not either covered-hopper or tank cars.


I didn't notice the newer safety features on any of the tank cars. But those that were carrying liquids such as corn oil don't need the features. And I have yet to figure out what a tank car is carrying. 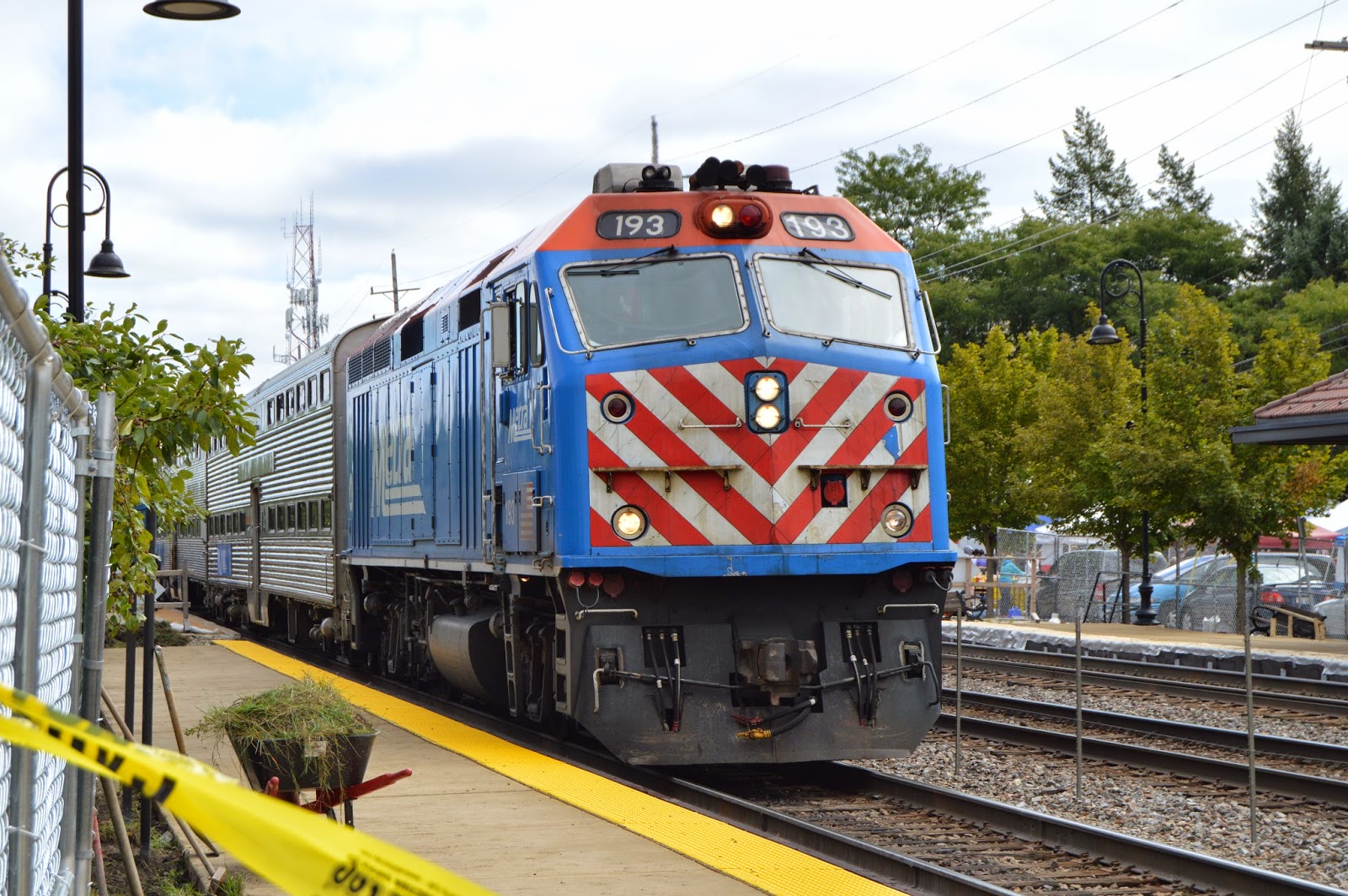 At 11:36:12 there was another westbound commuter. There were also two false gate closings while I was waiting in line. That is, the crossing gates went down over Main Street even though there was no train in sight. Then after a few minutes they would go back up. I wasn't able to see the gates to get a picture to record time stamps. But I heard the crossing bells. False gate crossings have been happening at an alarming rate all Summer long. I hope it is because of the platform work and not because of the new signals that were installed this Summer so that there will be no more false closings after the platform work is done. I never saw a false closing when we had the old signalling equipment. I've seen an ambulance held up for a few minutes even though there were no trains coming through. And I don't spend a lot of time watching the crossing gates. It makes me wonder how many ambulances have been held up this Summer. Also the false closings add to our traffic problem on Main Street during the commuter rush. I consider the false closings a much more serious safety issue than me parking on their property. I wish BNSF was as diligent about fixing their crossing equipment as they are about kicking me off their property even though I was well out of the way of anything they were doing.


Posted by Dennis DeBruler at 3:40 AM