Before Trucks -- LCL and Freight Houses

The big Chicago freight houses have their own notes:
And the freight houses of many small towns are documented in my other blog with the label "freighthouse".
In the 1800s and early 1900s, everything you now see shipped by truck-trailers, either on the highway or on railroad flatcars, and by containers was shipped in boxcars. Also automobiles and grain was shipped in boxcars until after World War II when bi- and tri-level vehicle cars, covered hopper c
ars, and unit trains were developed.

Now days, a train with a lot of boxcars is as rare as a steam locomotive.

Back in the day when merchants used horses and a wagon to move their goods to their store, the railroad would have a freight station and/or team tracks in each town they served. Many times the freight station shared a building with the passenger station. Marseilles' depot is an example of a shared building. The west side has an elegant passenger door whereas the east side has a big freight door and a ramp.

A merchant's goods would fill just a fraction of a boxcar. That is, it would be a "less than carload lot" or LCL. But the goods of the other merchants in that town would help fill a boxcar. So railroads constructed freight houses near their major yards to help sort the LCLs from one boxcar to another. For example, a boxcar arrives from a True Value warehouse that has a shipment for the Mochels Hardware Store in Downers Grove and for other hardware stores in the area. In the freight house, the shipment for Mochels would be moved to a boxcar that would be set out on the team tracks in Downers Grove.

An example is the freight house that Santa Fe built in the Corwith Yard as part of their 1952 rebuilding of the yard when they got rid of the steam locomotive support structures and the old freight house. It had an innovative Towveyor system.

LCL is still a viable acronym, but now it stands for "less than container lot." And the cargo is now sorted by truck companies at consolidation and distribution centers rather than at railroad freight houses. In fact, Santa Fe's freight houses in their Corwith Yard have been replaced by a facility owned by the J. B. Hunt trucking/intermodel company.

Another example is the following building that I found in Muncie, IN. I suspected that it was a freight house because it had freight doors spaced at boxcar lengths along a loading dock.

When I looked at the side facing the street, this theory was confirmed because it said "FREIGHT HOUSE". 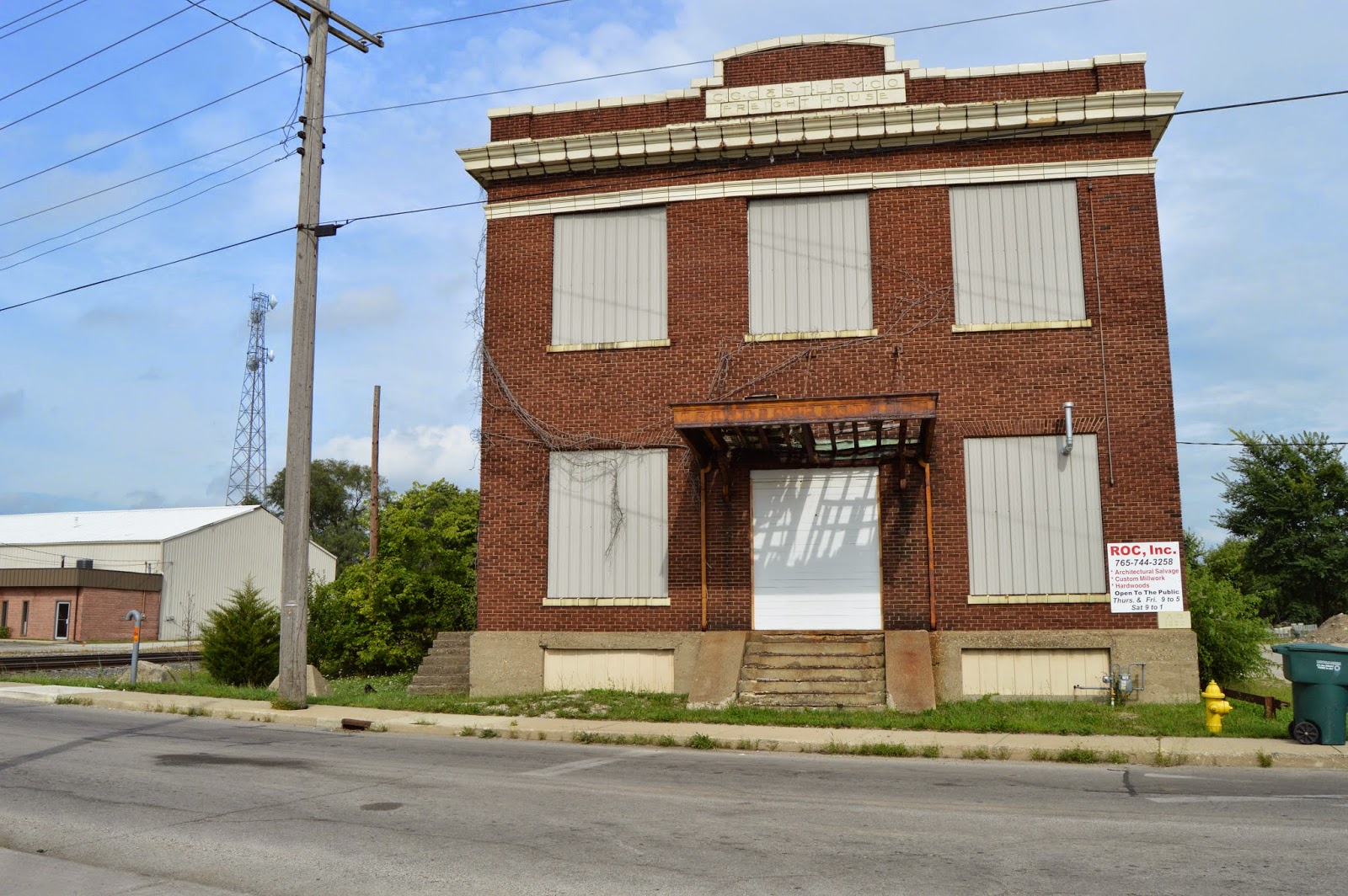 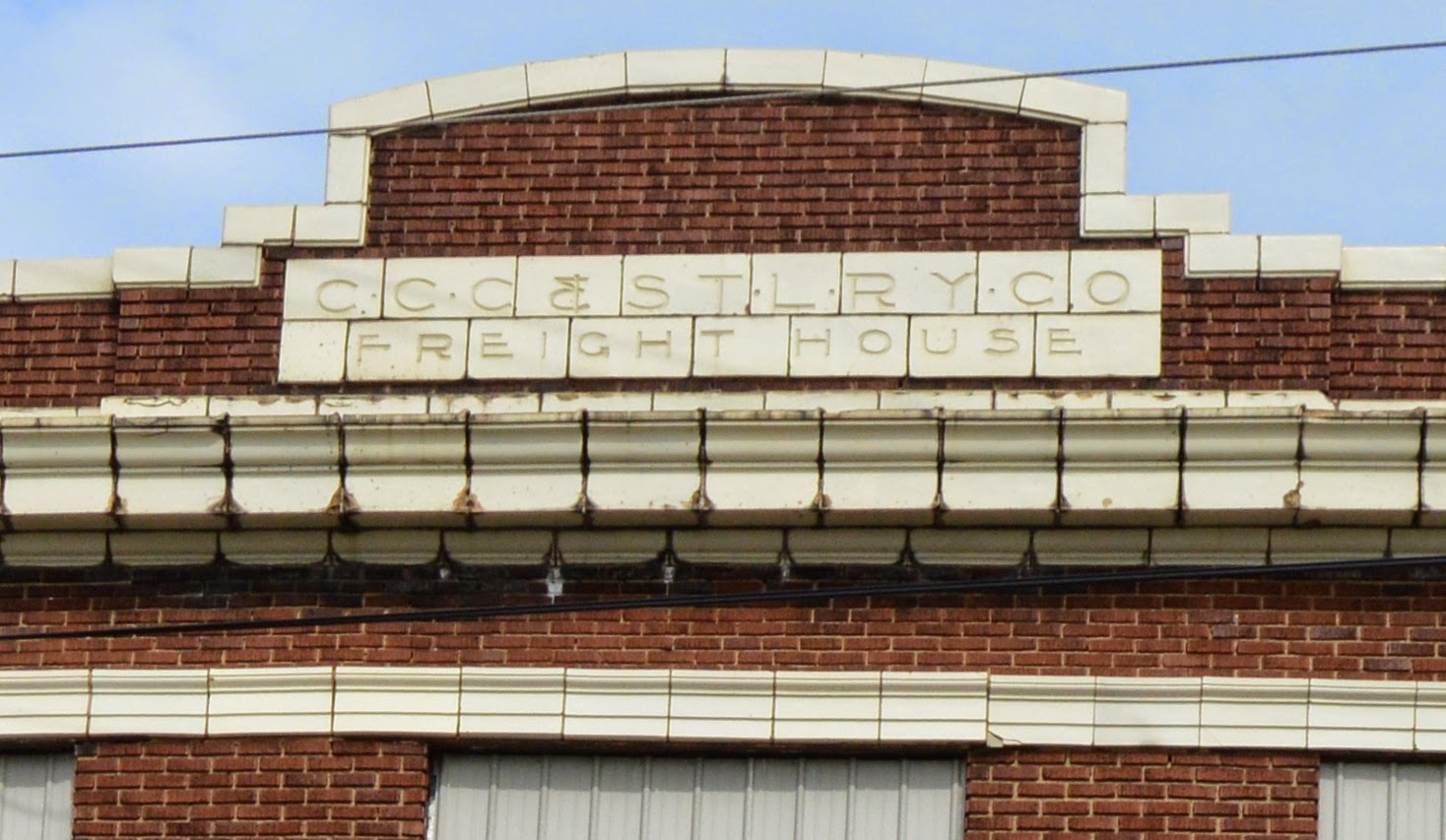 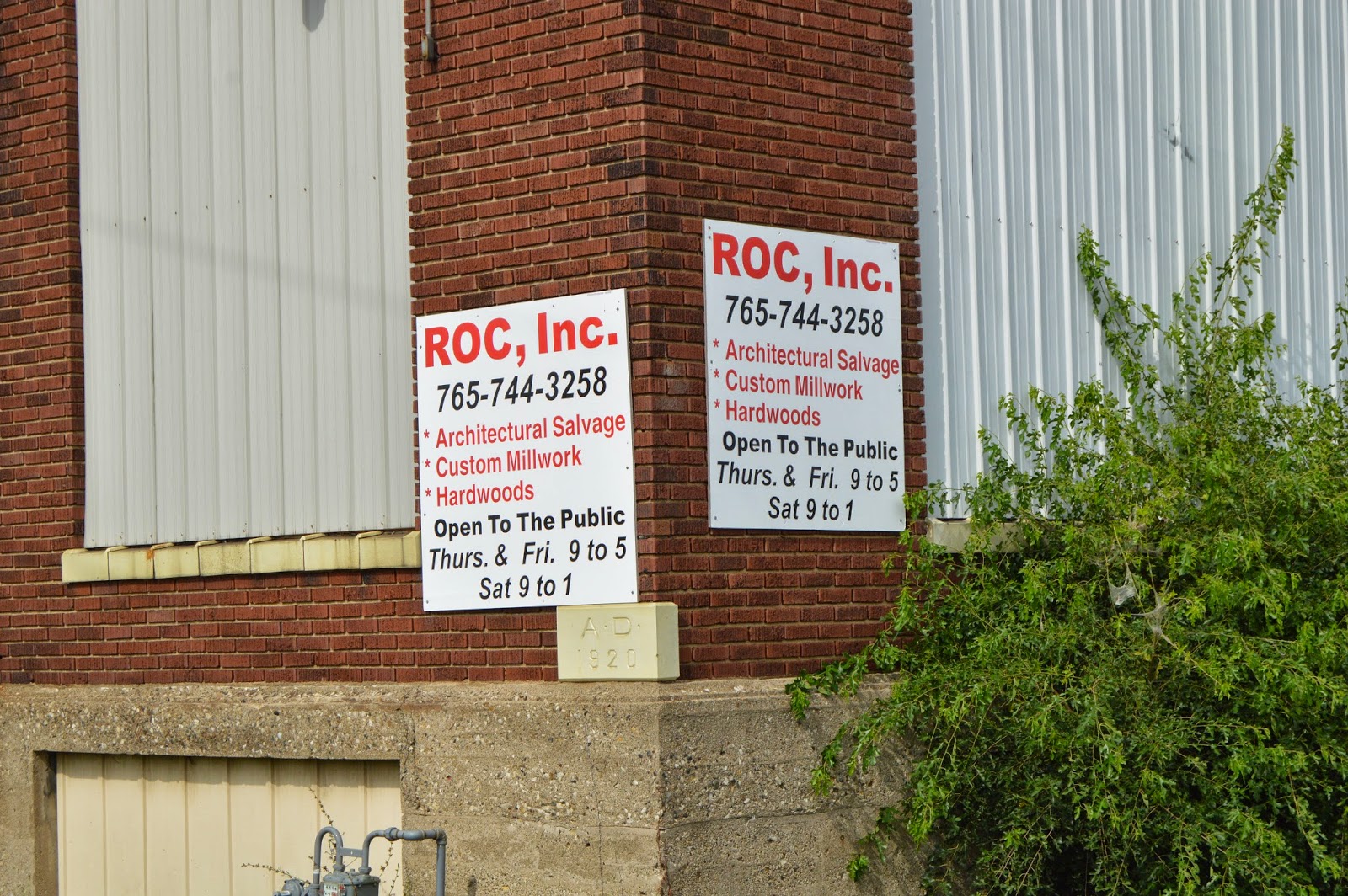 And I learned that it was for the CCC&STLRY, which is the Cleveland, Cincinnati, Chicago and St. Louis, more commonly known as the Big Four. The preservation of the cornice work is remarkable. And then I noticed that the current owners specialize in the "pretty bits" of buildings. So the cornice is a showcase of their business.


In addition to LCL shipments, there is a rich history of delivering small packages as well -- Wells Fargo, Railway Express Agency (REA), Postal Service, UPS, and FedEx (Macfarlan, AmericanRails). Express packages were carried in baggage cars at the front of passenger trains instead of boxcars, and packages made the same transition from railroads to highways and airlines as did passengers. Actually, 40% of the UPS traffic has transitioned back to railroads as Trailer On Flat Car (TOFC) traffic because it is going more than 400 miles from the UPS Chicago Area Consolidation Hub.

Posted by Dennis DeBruler at 8:04 AM