While I was on the Cicero Avenue bridge taking pictures of a Chicago Belt Railroad east hump yard, I noticed some units moving eastbound just beyond the train that was being shoved over the hump to the west hump yard.

Note the grey engine past the orange coil car and another one past the first tank car. But that you can't see anything past the white covered hopper car in between. This means that there is a slug in the consist. So I took off trotting north on the bridge to get to the other side of the train. 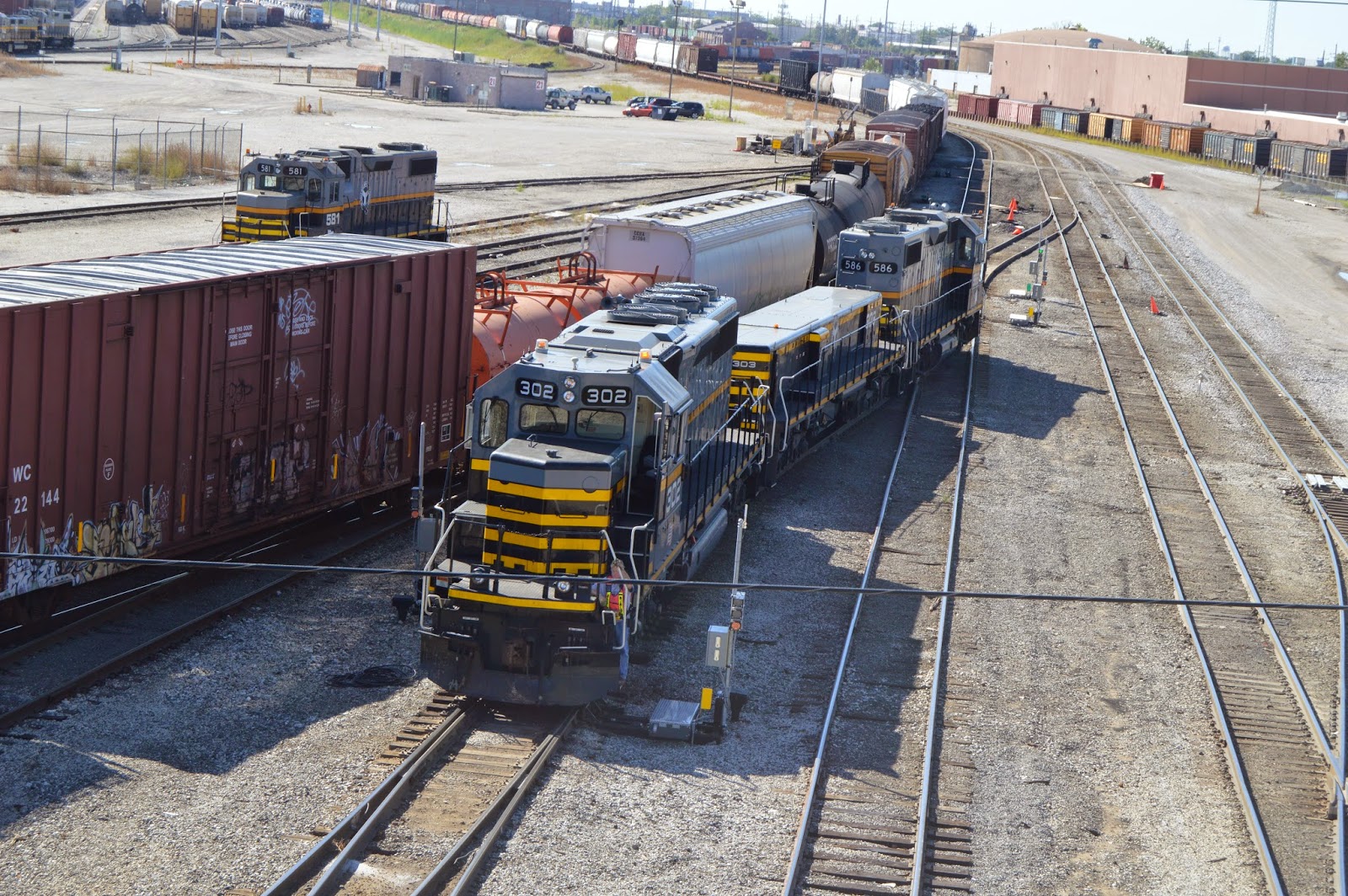 Indeed, it was mother and slug 302 and 303. A slug is the same as a regular locomotive from the frame down. But its superstructure is just a bunch of concrete blocks for weight. It gets the electricity to drive its traction motors from the mother unit. This helps use the horsepower that would otherwise go to waste during low speed operations such as transfers and humping. In fact, shoving trains over a hump is very low speed, 2-3 mph.

According to The Diesel Shop, the mother unit is an SD40-2.When I first looked at my closeup of the mother unit to check the number of axles, I missed that they were C-C units because the trucks were underexposed. I enhanced the brightness of the following photo. 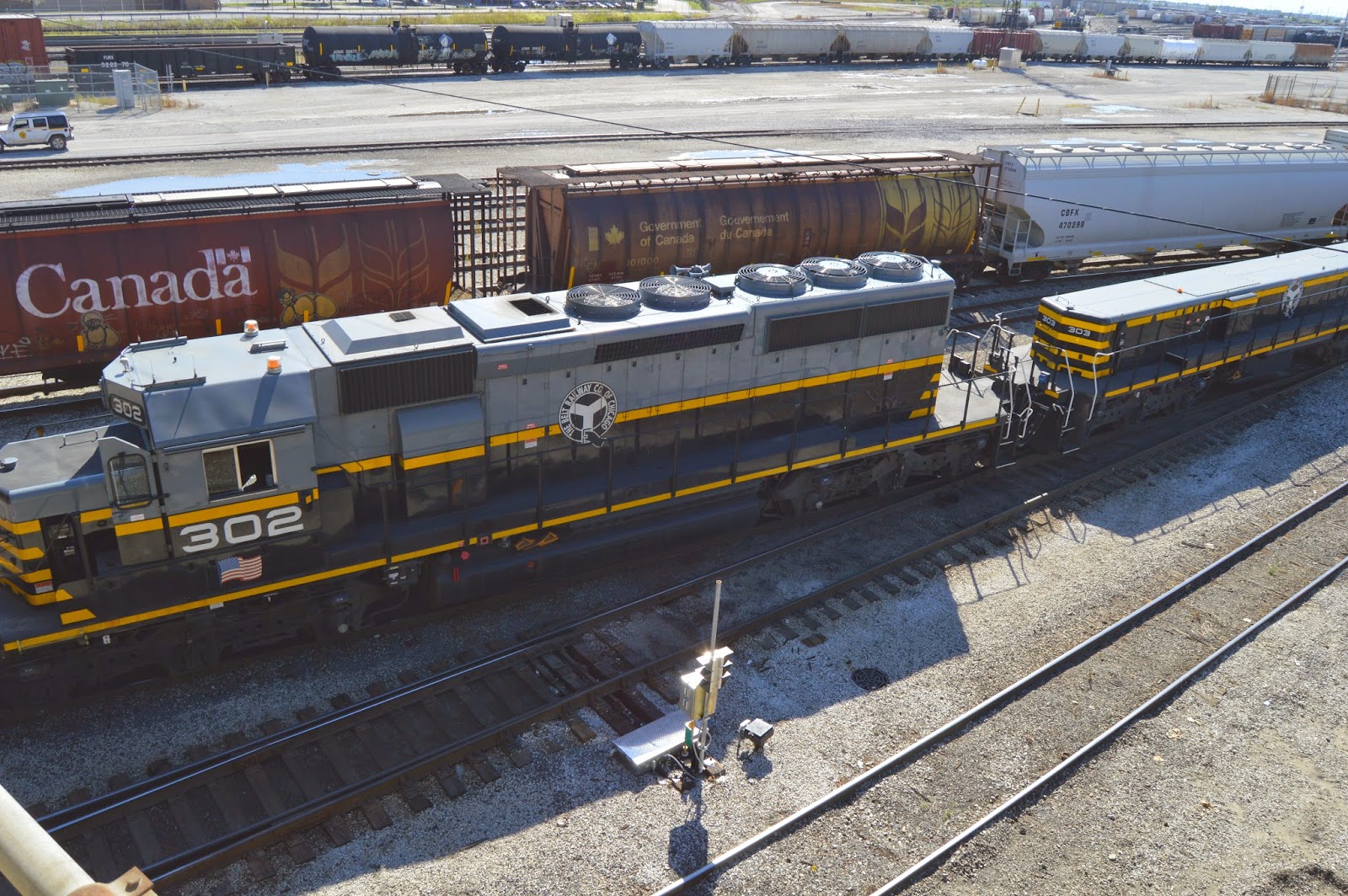 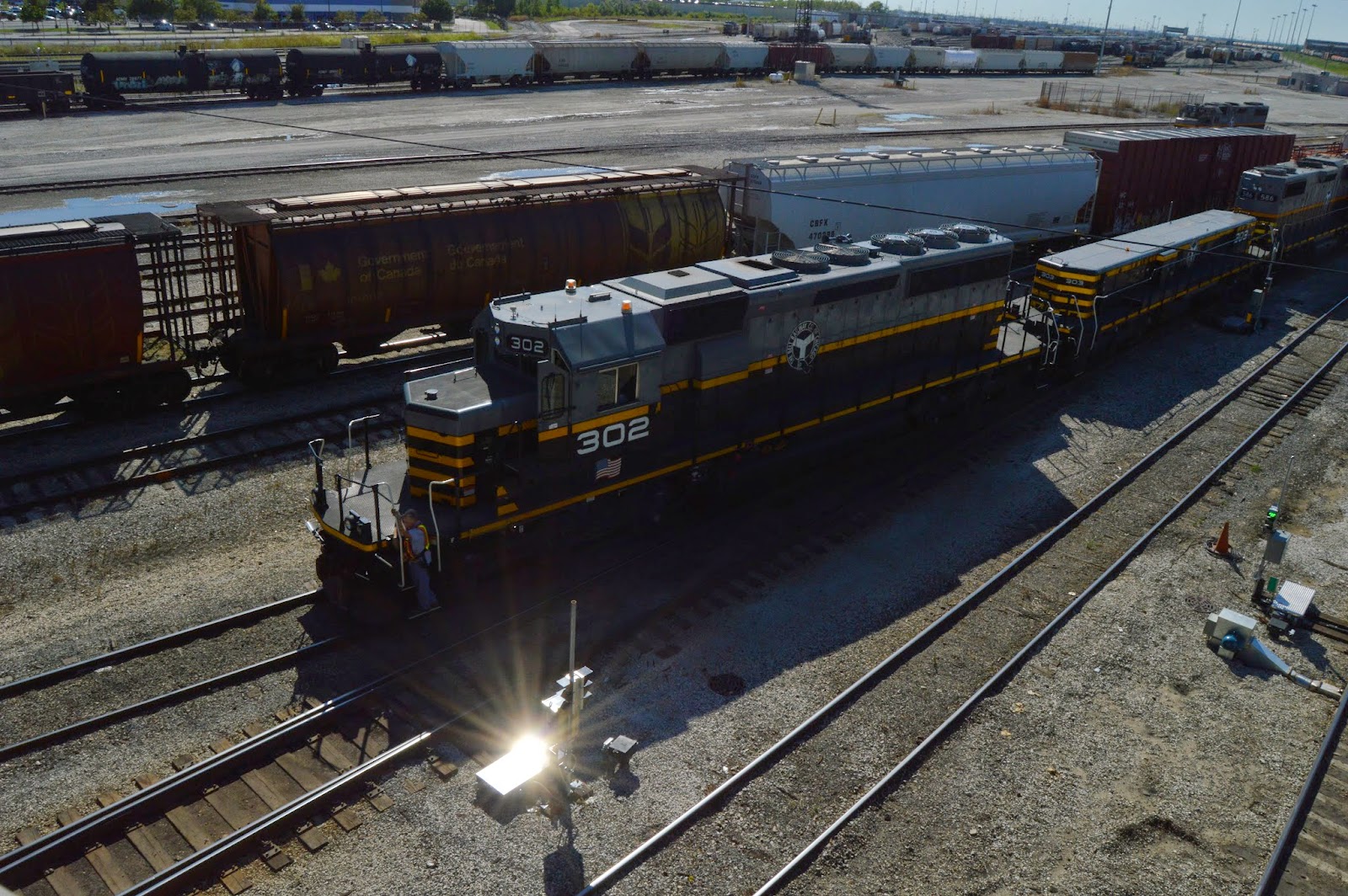 I was not only fighting the dark side of the engine, I was fighting a glare off that switch control in the foreground and the time pressure of the units disappearing under the bridge. The picture to the right shows that my first attempt caught the glare squarely. Fortunately, I did not have to move very far further down the bridge to avoid most of the glare. So I cranked up the brightness on the best picture I got of the slug to reveal that it also has 3-axle trucks. 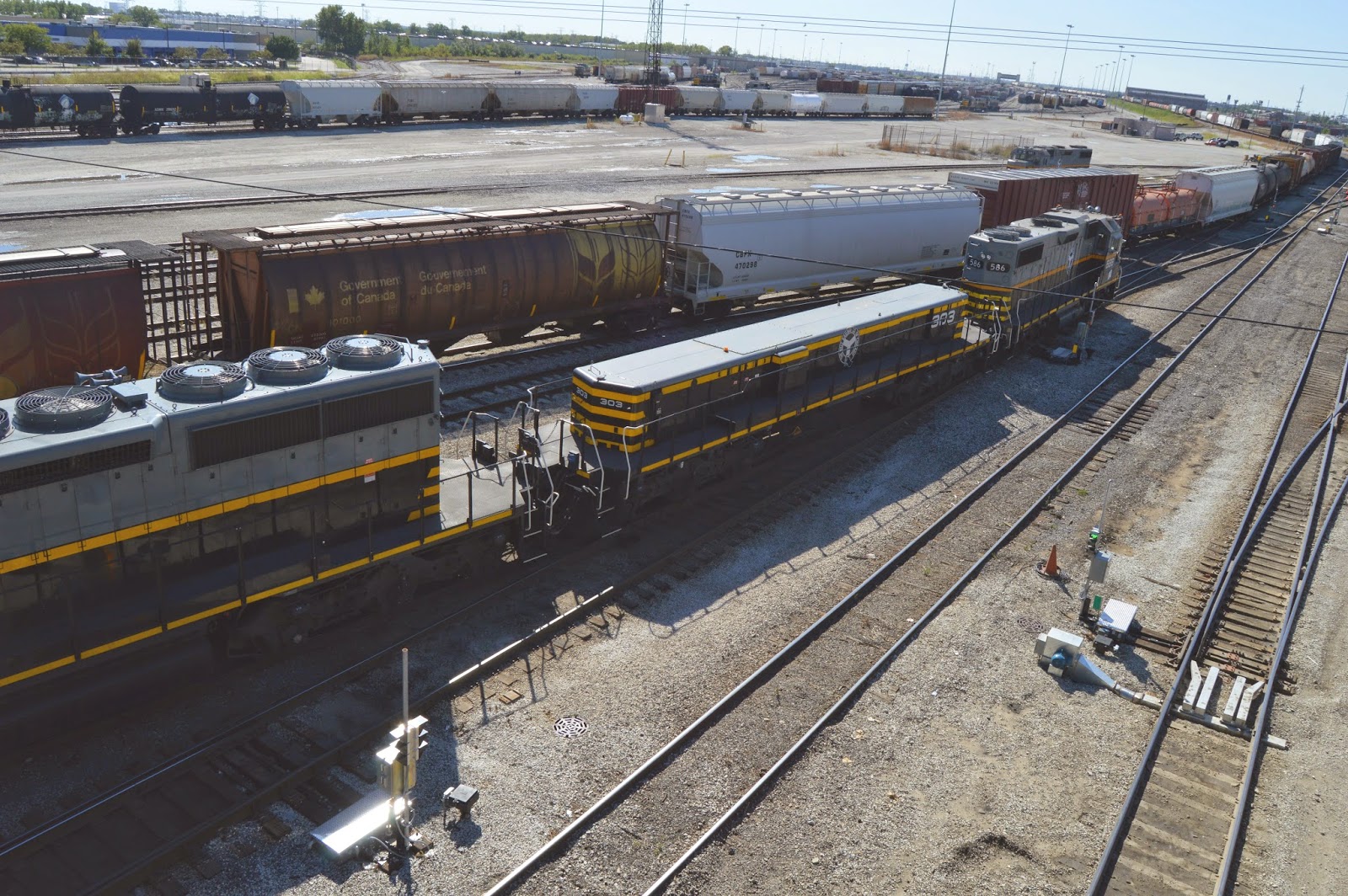 So the slug doubles the number of axles to 12 total to maximize the tractive effort produced by the 3000 horsepower of the mother unit. Doubling the number of traction motors handling the 3000 horsepower also allows the motors to run cooler. I noticed even when they are running light back to the east to get another train to shove over the hump, they run quite slowly. I wonder if they are geared differently than a normal road unit. I have never heard of gearing options for locomotives.

Earlier, when I was driving along the south side of the yard, I caught the end of a train that was working the hump.

At the time I was disappointed that by the time I got parked, etc., there was only the last unit showing. But now I'm glad. It was enough to catch the mother unit, 302, in action, and it revealed the neat railroad yard buildings that are still standing.


IHB SW1500 9204 and PB1 were pretty much a pair. I first caught her with this small, maybe, work train. I don't get the three CNW hoppers, but the flat with spraying equipment and the older tank car, say weed spraying. LaGrange, 1987. The second shot was between CA tower in Summit and the ATSF Diamond in McCook, 1990. Third shot was in 1990 at Agro Yard in Summit, IL.

Three slugs in less than a week.

Posted by Dennis DeBruler at 1:04 PM