Modern facilities produce the DC current by rectifying power from the grid. That is why they cannot darkstart. But hydro-electric plants in the early 20th century had auxiliary generators to create their excitation current because there was no grid to tap. They were the sole source of power for their market.

The Keokuk Powerhouse has two of the following 2,200 horsepower AC Generators spinning at 125 rpm, each connected to a bus that serves half the units. The apparatus in front is part of a specially designed oil-pressure governor. These generators are dynamically excited and the casing on top houses the exciter circuitry, which is part of the rotating machinery.


Below are the two 220 hp auxiliary DC generators that were installed in the Lockport Powerhouse of the MWRD in 1934. These replaced the original 3 units installed when the plant went operational in 1907. The original exciters would generate 632 hp at 300 rpm.


The 1907 Crocker-Wheeler AC generator below is statically excited by the auxiliary units and can produce 4,000kw at 6.6kV. 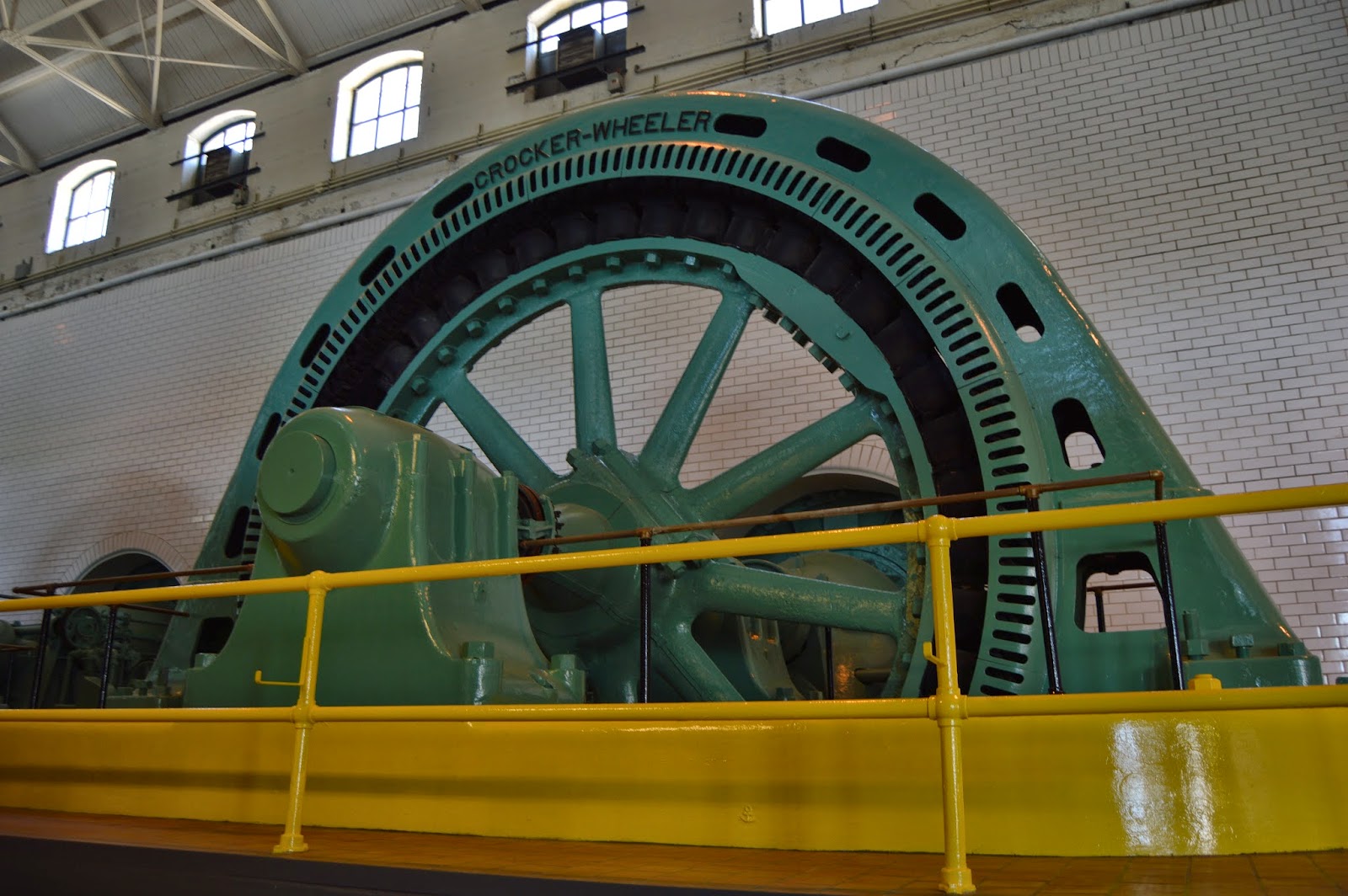 These units are no longer used, but they were left in as museum pieces because now only 1,500 cfs can be used after the other Great Lake states and Canada sued Chicago in the 1930s for drawing too much water out of Lake Michigan. The plant was designed for 10,000 cfs, and ran at 5,000 cfs until the lawsuit. Here is an overview of the "old half." 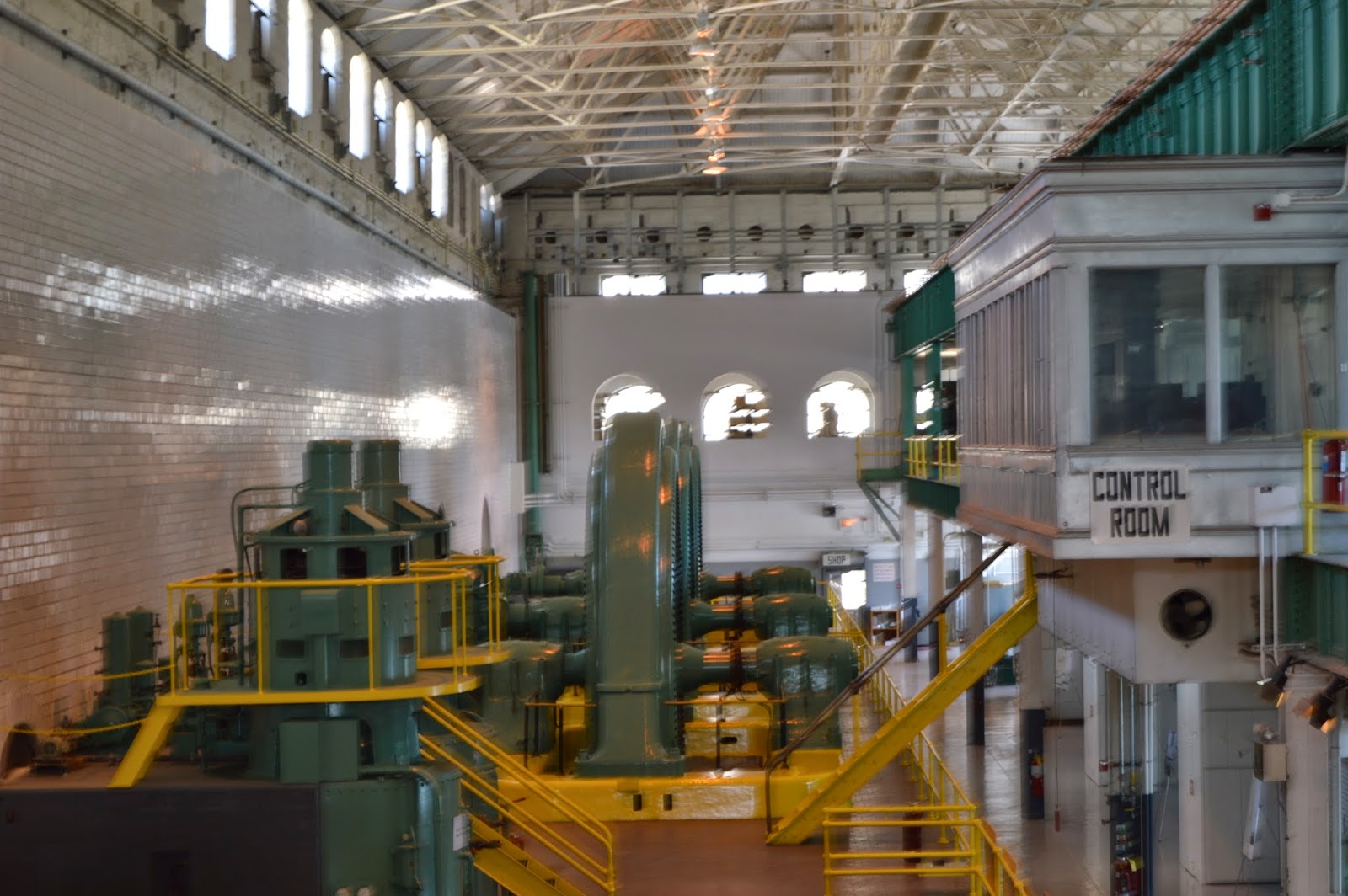 And a closeup of the three remaining 1907 units. 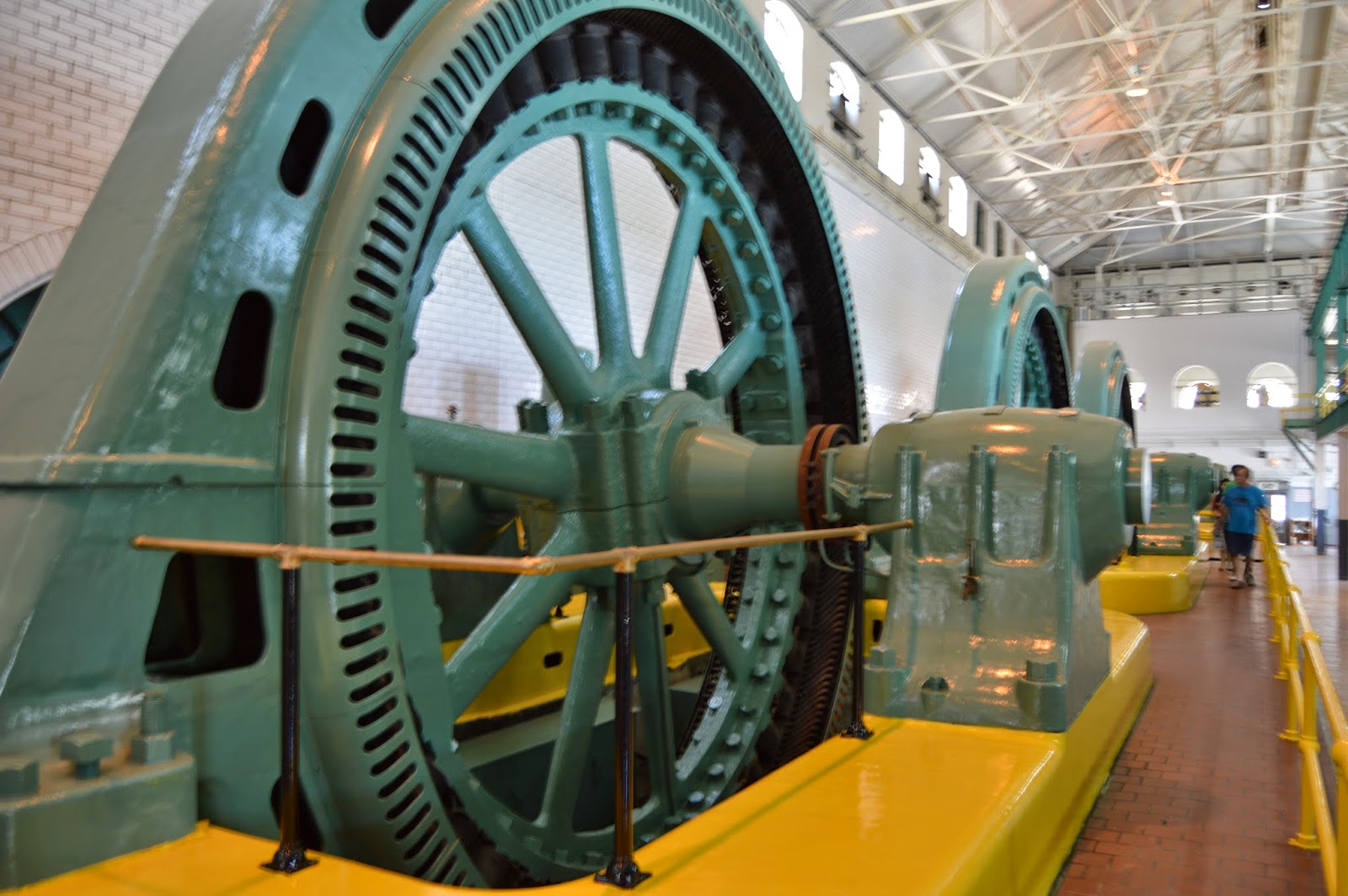 I could not figure out how a horizontal shaft would work until I found the following diagram.


This diagram depicts the turbine with just 4 stages, which were installed in 1945. The original turbines had 6 stages. A turbine would generate 5,092 hp at 165 rpm. 5 of the turbines contained Wellman-Seaver-Morgan wheels with 54" Jolly-McCormick runners. Two of the units used S. Morgan Smith wheels. Unfortunately, I don't know what a wheel vs. a runner is.

The last horizontal unit retired was in 1976, and it was left in situ. Where they removed the old generators, you can see the hole they plugged up through which the 12-inch shaft used to go. In addition to these two units, the turbine has also been removed from the unit on the far end even though it still has its generator. 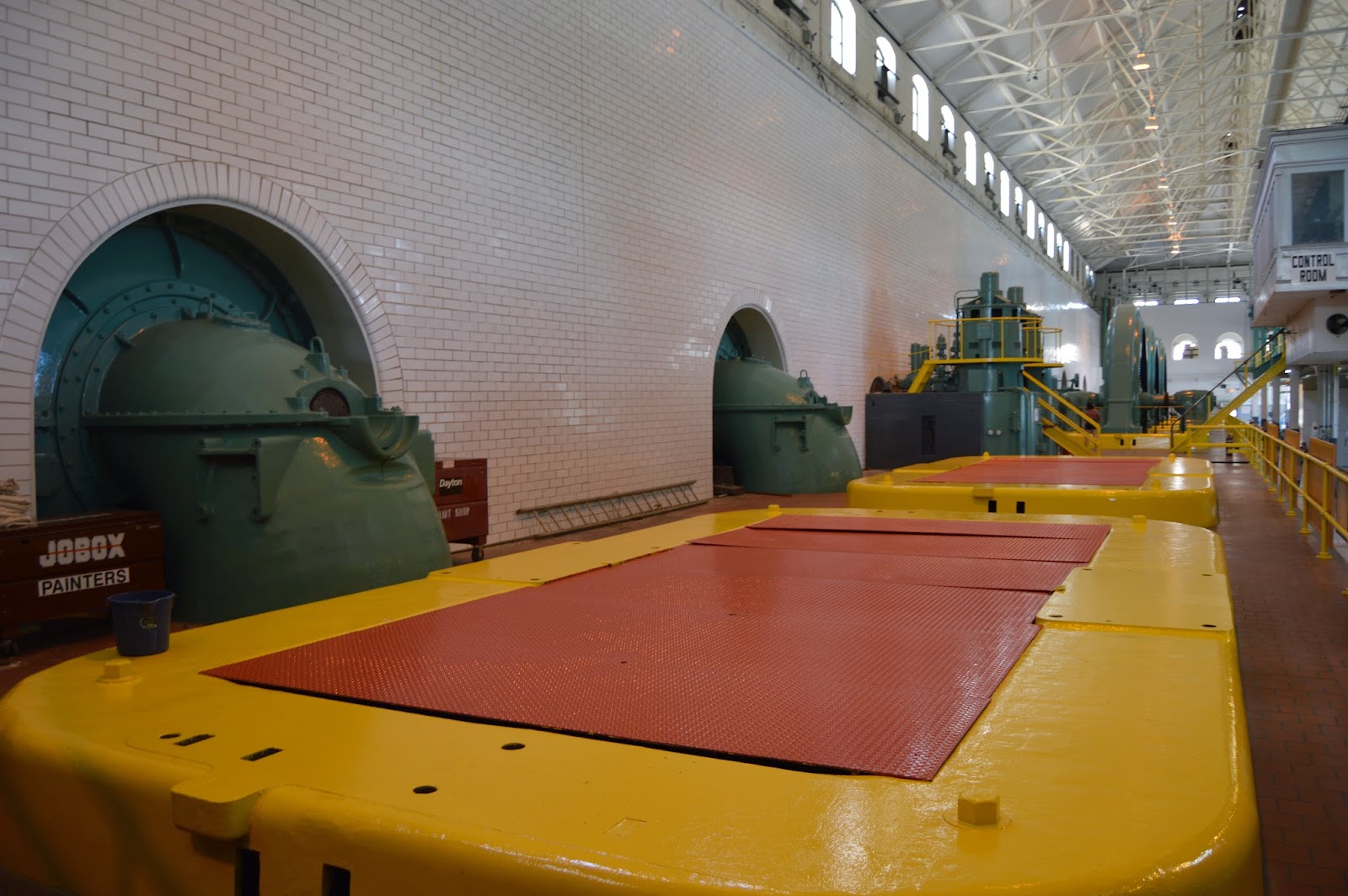 These three units that no longer have their turbines have had their intake gates replaced with 3 sluice gates per unit that are controlled from the MWRD headquarters in Chicago to help regulate the canal level in response to an influx of storm water.

By the mid 1900s, there were enough different power stations in the country that the gnerators derived their excitation current from the grid. No one dreamed (more accurately, nightmared) that the entire grid might go out. But it did in the Northeast in 1965. I remember that ComEd had a big plant near the East River. This allowed them to bring a naval ship near the plant. They used a generator on the ship to provide the excitation current to get one of the power plant's units running again. (I always wondered what the "jumper cables" that they strung from the ship to the generator looked like.) Then they could use power from that unit to provide excitation current to start up the remaining units and power plants in the Northeast. But before they started that first unit, they had to isolate a service area that was big enough to provide load for the generator but not so big as to overload it. And as they brought more units on line, they had to adjust the service area to keep the supply and demand of electricity balanced. New York had blackouts in 1977 and 2003 as well. I assume by then that at least some units had gone back to using auxiliary generators rather than the grid so that they no longer had to find a navy ship to restart the grid. (It appears the Brooklyn Navy Yard is no longer a navy yard. It is a couple of development projects and a museum.)

These three photos are the excitation equipment for the Georgetown Steam Plant.