The Marseilles Hydro Power Station was built in 1911 to provide 25 cycle power to the Illinois Traction System interurban and 60 cycle power to 6 local lighting and power companies at 33kv.

The plant leases surplus flow from the north millrace. A flow study determined that during an extreme low-water period in June, 1910, they could still get 4500 hp with an 11-foot head.

This interior view shows the 6 new 320kw Westinghouse umbrella generators that are driven by 74-in. Samson Special water turbines operating at 75 rpm. Four of the units generate 25hz and two generate 60hz. Because the demand for interurban power goes up  while the demand for lighting power goes down during the day, the coupled rotating units on the right is the 750kw, 300 rpm frequency convertor. They have enough capacity that all of the output of the plant can be converted to the needed frequency.

The umbrella design means that the "hump" on the top contains the roller thrust bearing. Not only can the 20-ton traveling crane remove the upper spider and rotor, the generator and foundations are designed so that the turbine shaft and runner may be lifted out of the flume after also lifting the lower spider.

Excitation is provided by two 90kw Westinghouse exciters, direct-connected to 40-in., 100 rpm water turbines. The plant also has a 100kw Westinghouse motor-generator. I quote from the journal because I don't understand what it is saying: "The latter was provided in case of any serious interruptions from ice gorges in the river below the station. It may be operated in case of a complete shutdown by current supplied from and outside source to furnish excitation to the frequency changer for interurban service."

Below, the lower-right is part of one of the direct-coupled exciters.The unit this side of the frequency converter is the motor-generator exciter.

An interior shot from Marseilles web site indicates that 3 of the original direct-coupled generators have been upgraded.


When I took a picture of the river side, the river was running above normal. The opening on the left (west) side is for the spillway.

You can see the head of the spillway on the right in this photo that was taken while the plant was still operational.
There was a sheer boom across the forebay that diverted trash into the spillway.

The plant quit operating in 1989, and water no longer flows into the headrace so the water level of the forebay is way below the operational level. I have no idea why the dirt ridge was added to the forebay. The substation to the right of where I'm standing looks intact. I'm glad someone still mows the yard between the road and the forebay so that these views are still accessible. 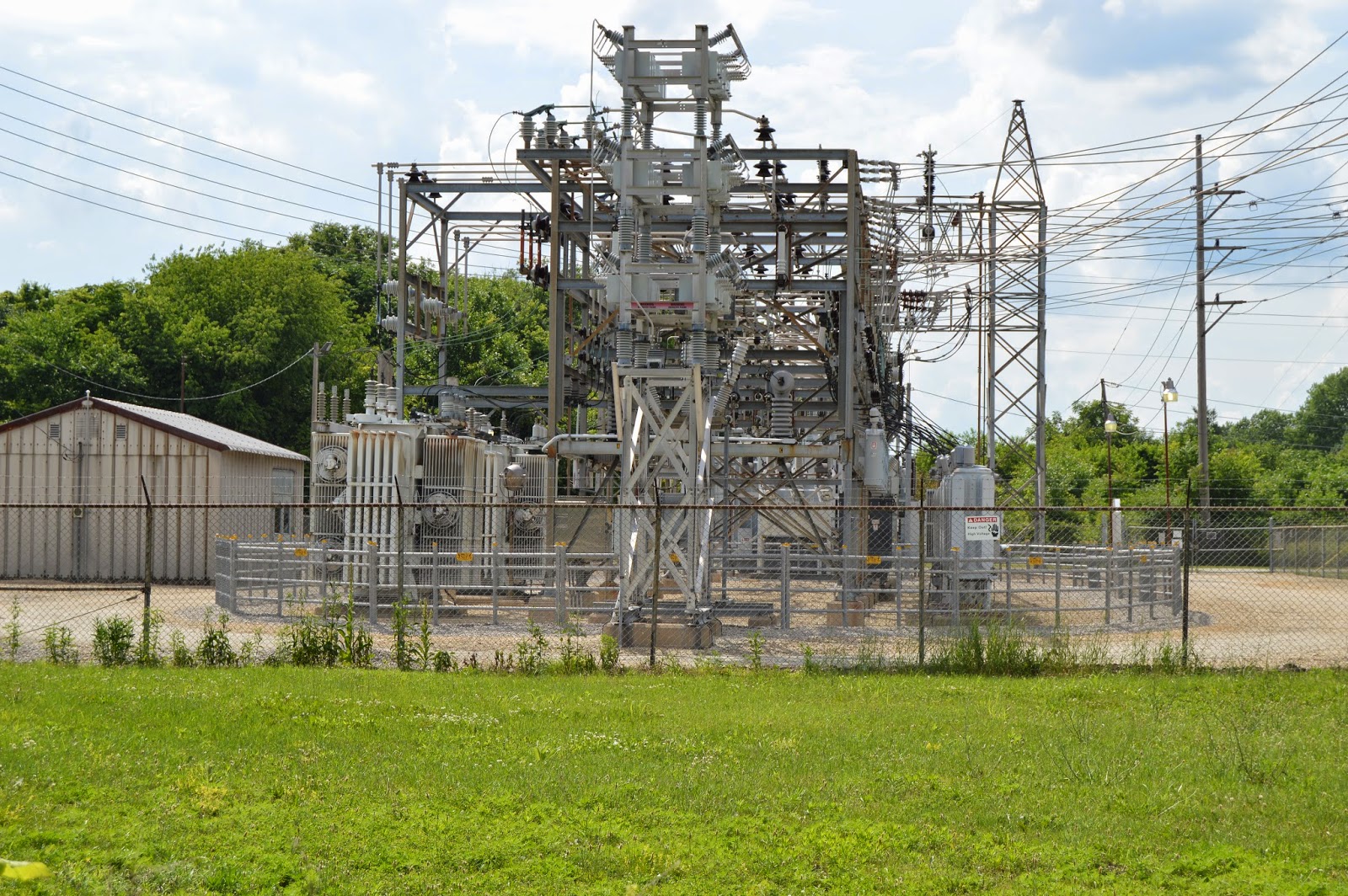 Posted by Dennis DeBruler at 12:45 AM

Email ThisBlogThis!Share to TwitterShare to FacebookShare to Pinterest
Labels: powerhouse