A sluice gate is one of the designs for how to control the flow of water in water control facilities such as dams and powerhouses. It consists of a flat panel on the upstream side of an opening. The panel is pulled straight up to let water flow. Below is the spare gate for the Lockport Powerhouse. 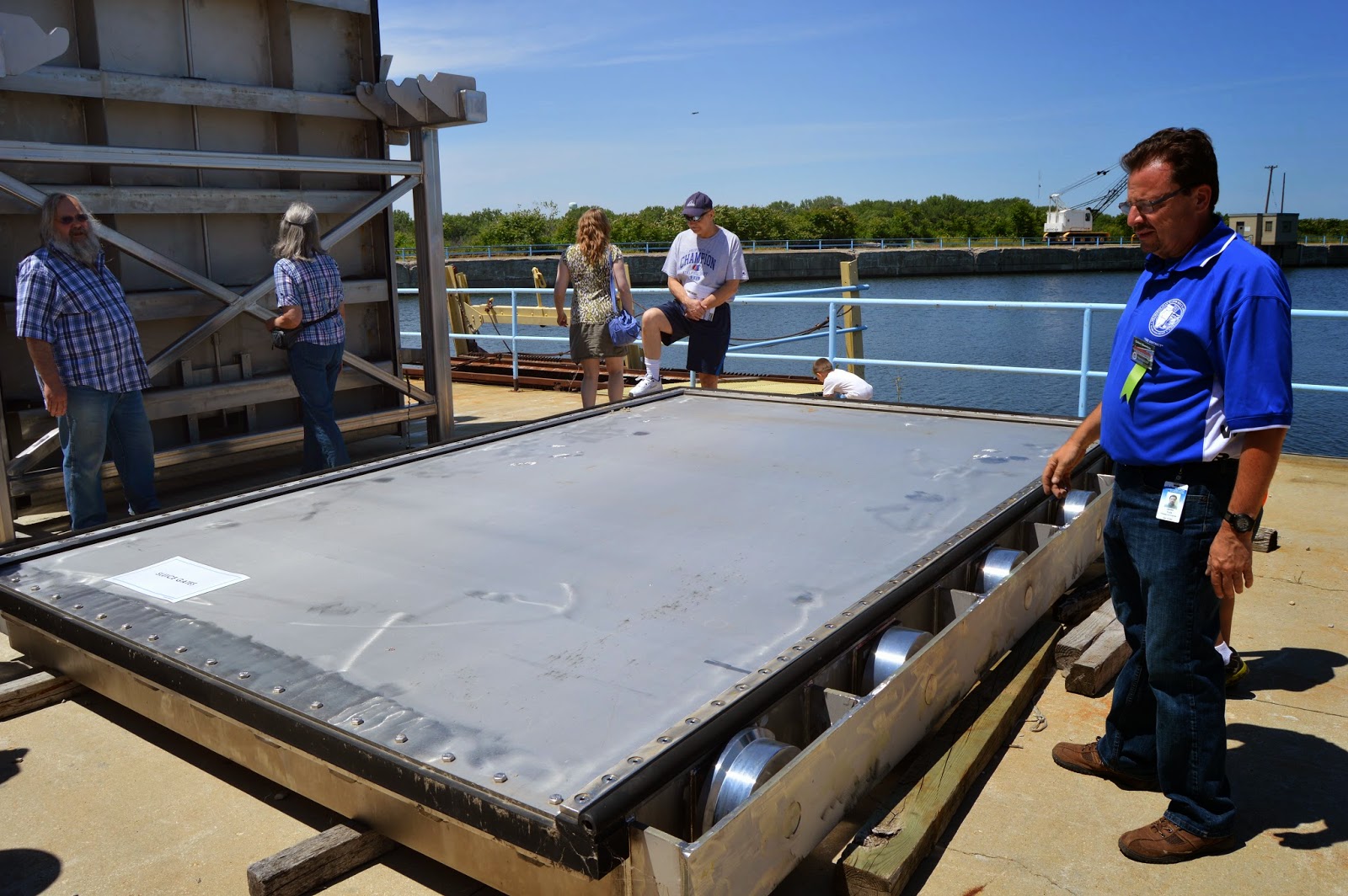 Because of the water pressure on the upstream side, the panel would have a lot of friction against the sides of the opening. So the wheels are added to make it easier to move the gate up and down. 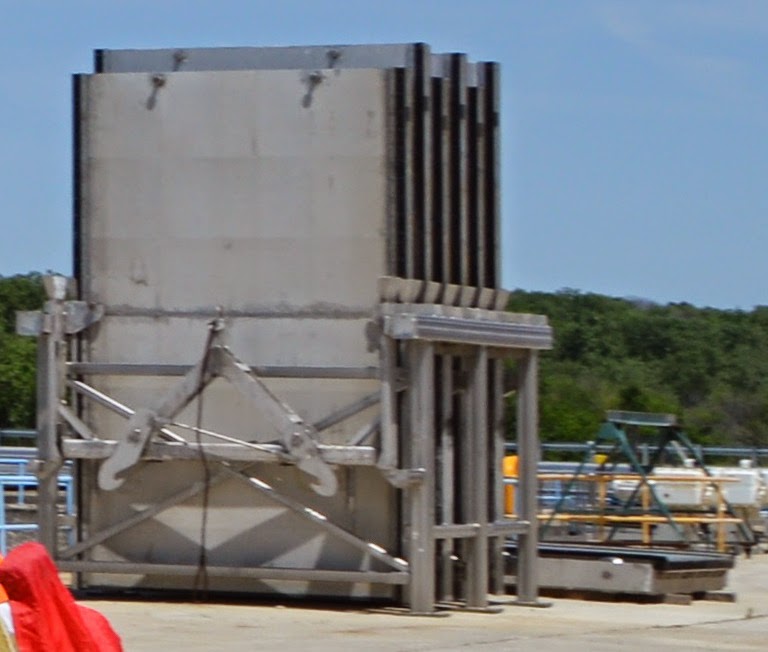 In this powerhouse, there is a threaded rod connected to the top of the gate that goes up through an actuator above the gate. Below are the actuators for three of the gates. You can see just a few inches of the rod above the first actuator because the gates are closed. If they were open, there would be about 14 feet of the threaded rod sticking up through the top of the actuator. The gates are normally operated by the electric motor on the left from a control office in Chicago. But notice that there is a hand crank in case of an emergency. 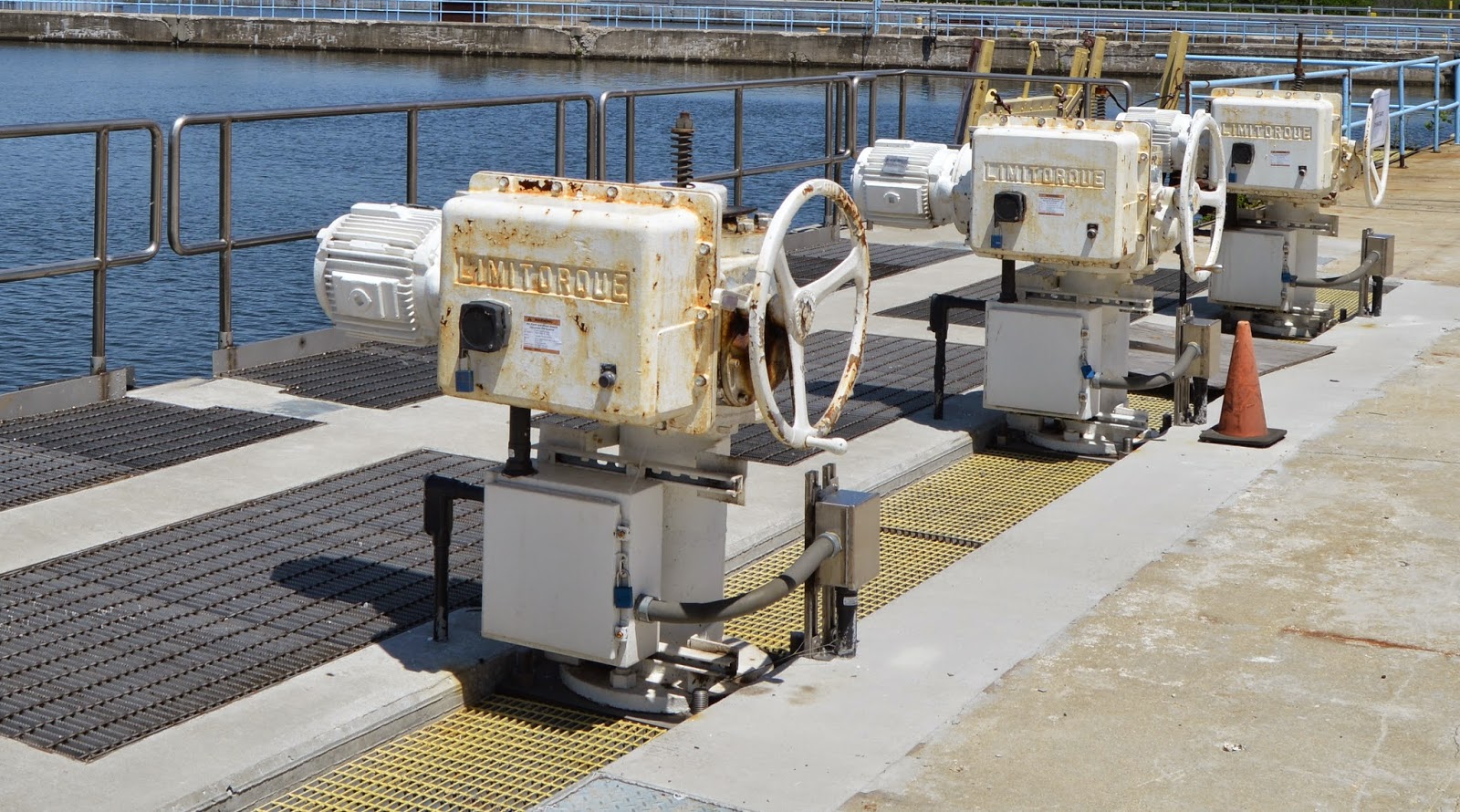 Below is the gate room in the Keokuk Powerhouse.

I had assumed that the metal panels sticking up through the floor grate would be the top of open sluice gates. But the scroll chamber for a turbine is supposed to be fed from four gates, each of which is 7.5x22 feet. So I don't know why one, instead of four in a row, gates appears to be open. The 75-ton traveling crane that is used to pull the gates up must be parked above the photographer because I don't see it near the top of the room. The gates have brakes so the crane is not needed to lower them.

The Keokuk Dam has 119 spillways. (The building on the left side of the picture is the powerhouse.)

And at the top of each of those spillways is a sluice gate. 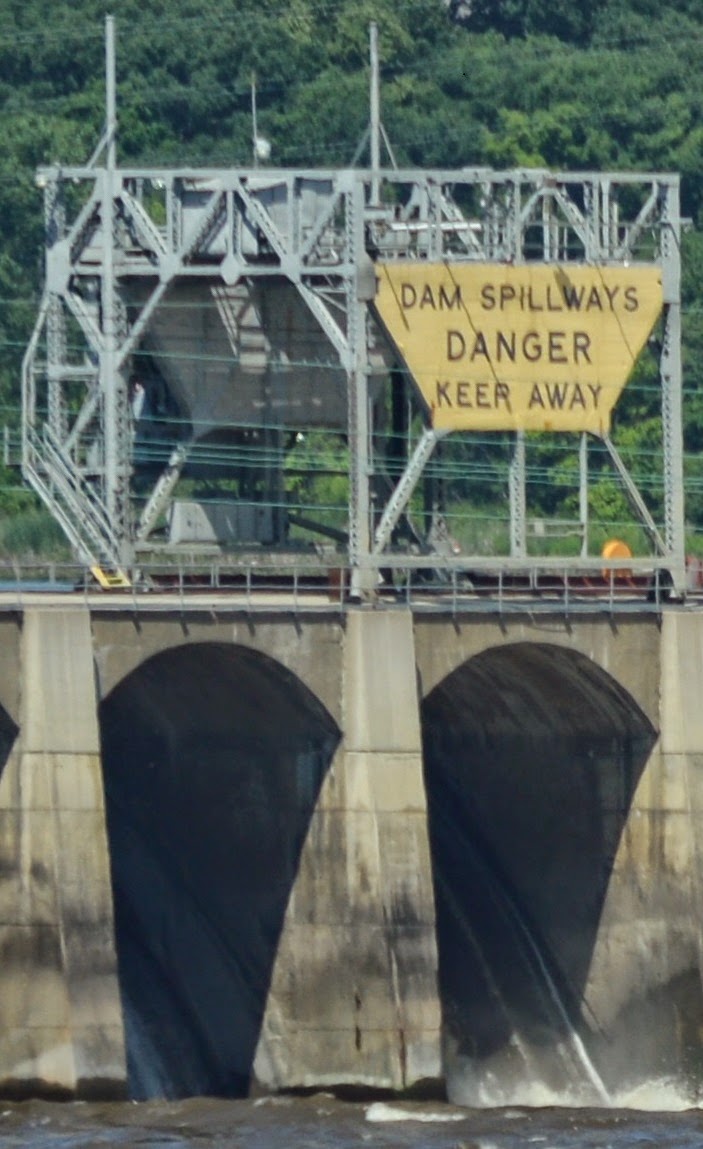 I think "lift gate" is another term for "sluice gate." If they are not the same, then I don't know the difference. A 113' tall lift gate
The US Army Corps of Engineers used sluice gates when they reconstructed the Pokegama Lake Dam on the Mississippi River in 1904. For the bigger dams built in the 1930s they developed the rolling gate and then the Tainter gate.
Posted by Dennis DeBruler at 5:37 AM