(Update: some barge unloading operations in the Chicago area.)

Looking downstream from the Edgewater Grille in Newburg, IN, I noticed a couple of barges being unloaded. 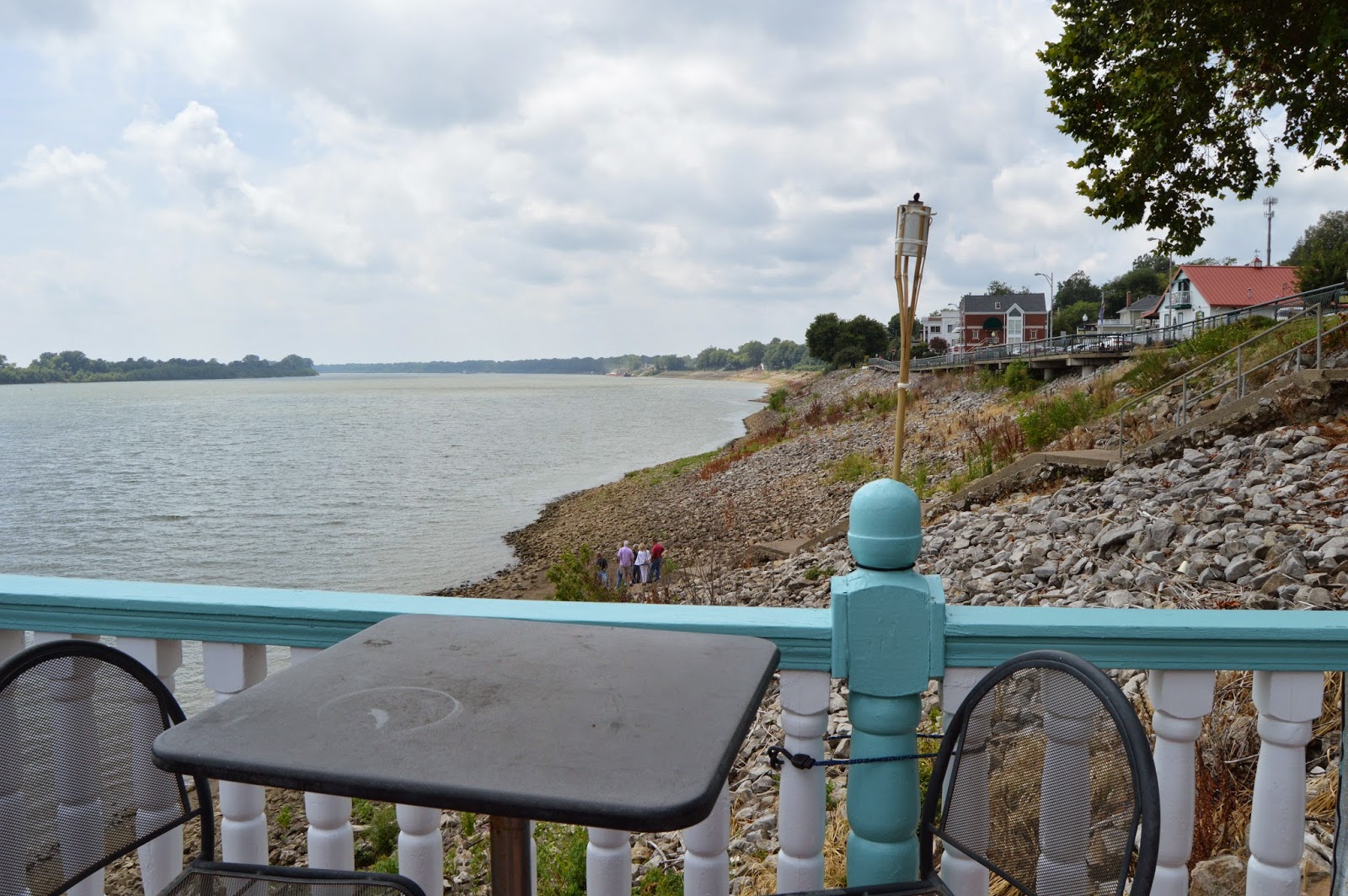 So later, when I had the telescope lens on the camera, I took a close up.

And then I digitally zoomed.

And zoomed in some more.

I've seen barges docked at material handling facilities several times. But this is the first time I've seen the unloading in progress. Note the cloud of dust. In fact, I think both barges are being unloaded because each has a hydraulic excavator. Also note that one end of a barge is riding high in the water while the other end is still riding low.

Each excavator has a hopper into which to dump the material. Each hopper feeds a steady stream of material to a conveyor belt. The higher conveyor belt that has a white cover and ends with a pipe would be used to load barges.

Both of these barges are like the ones we saw in Tow 3---a low superstructure.

An aerial view allows us to see where the conveyor belts go.

Of note is that the FlashEarth image did not have the second unloading dock on the right. But the Bing map, as well as this Google map, did.

Posted by Dennis DeBruler at 6:14 AM

Email ThisBlogThis!Share to TwitterShare to FacebookShare to Pinterest
Labels: wwOhio