Lemont: view from the parking garage 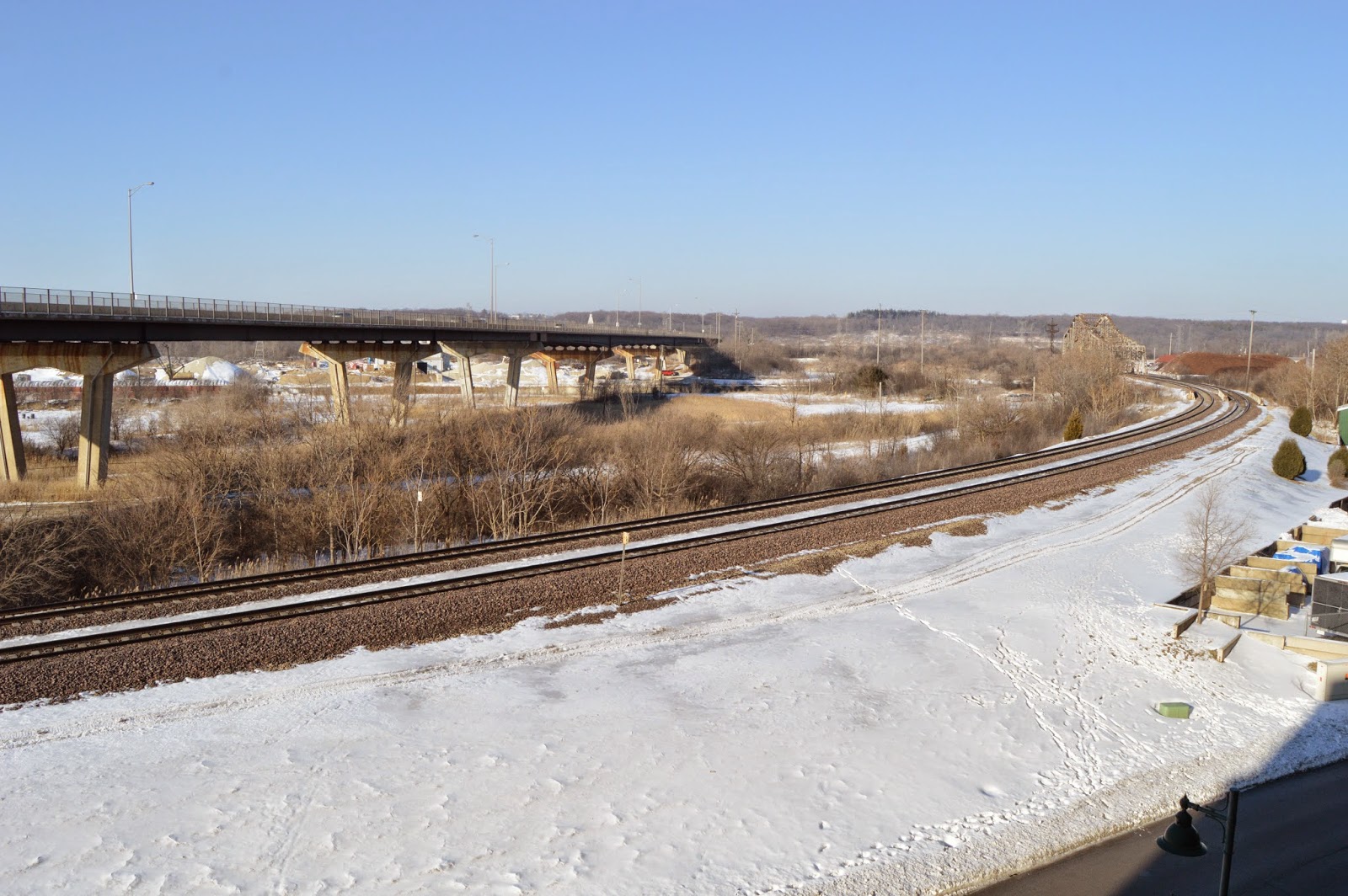 Since I was at the Keepataw Preserve, I checked out the view of the Santa Fe and Sanitary and Ship Canal from the Lemont Parking Garage. I went to the third level of the garage because it was the top floor that was still covered. And it was plenty high. The view of westbound trains is great. But the view of eastbound trains is not as good. After the weather warms up, I need to check the top floor. It should have a good view of eastbound, as well as westbound, trains. Scenes of someone checking the track gauge  has some more views of the Santa Fe tracks.

On the way into Lemont, I noticed that there was no ice on the canal and there were a lot of barges parked along the side. In fact I saw more action than I have ever seen in the summer. Specifically, higher piles and yellow equipment crawling on them in both the material and landscaping companies. Because of the brush along the canal, it was hard to see activity on the canal. I waited until the towboats were in a clearing before taking a picture.

In the picture below is a towboat on the right and one near the middle pushing a, probably empty, barge downstream. To the right is a closeup of the towboat with a barge. It is interesting that the captain is leaving the pilot house down even though it  has passed under the Santa Fe bridge. 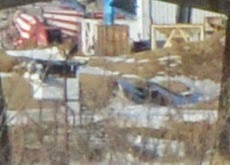 While I had the telephoto lens on the camera taking pictures of MoW activity, I almost missed another empty barge heading downstream. In this case the pilot house was raised so that it can see over an empty barge. The closeup at the right is at camera resolution. Even with the pilot house raised up, there is a big blind spot in front of the tow.

And then there was another downstream barge being hip-towed.

Posted by Dennis DeBruler at 11:44 AM