I was checking out the view of the Santa Fe tracks from Lemont's parking garage when I noticed a maintenance man walking the track and checking the track gauge. (He is on the road bridge near the right.)  So I went back to the car and switched to the telephoto lens. He was checking about every 10-20 feet. 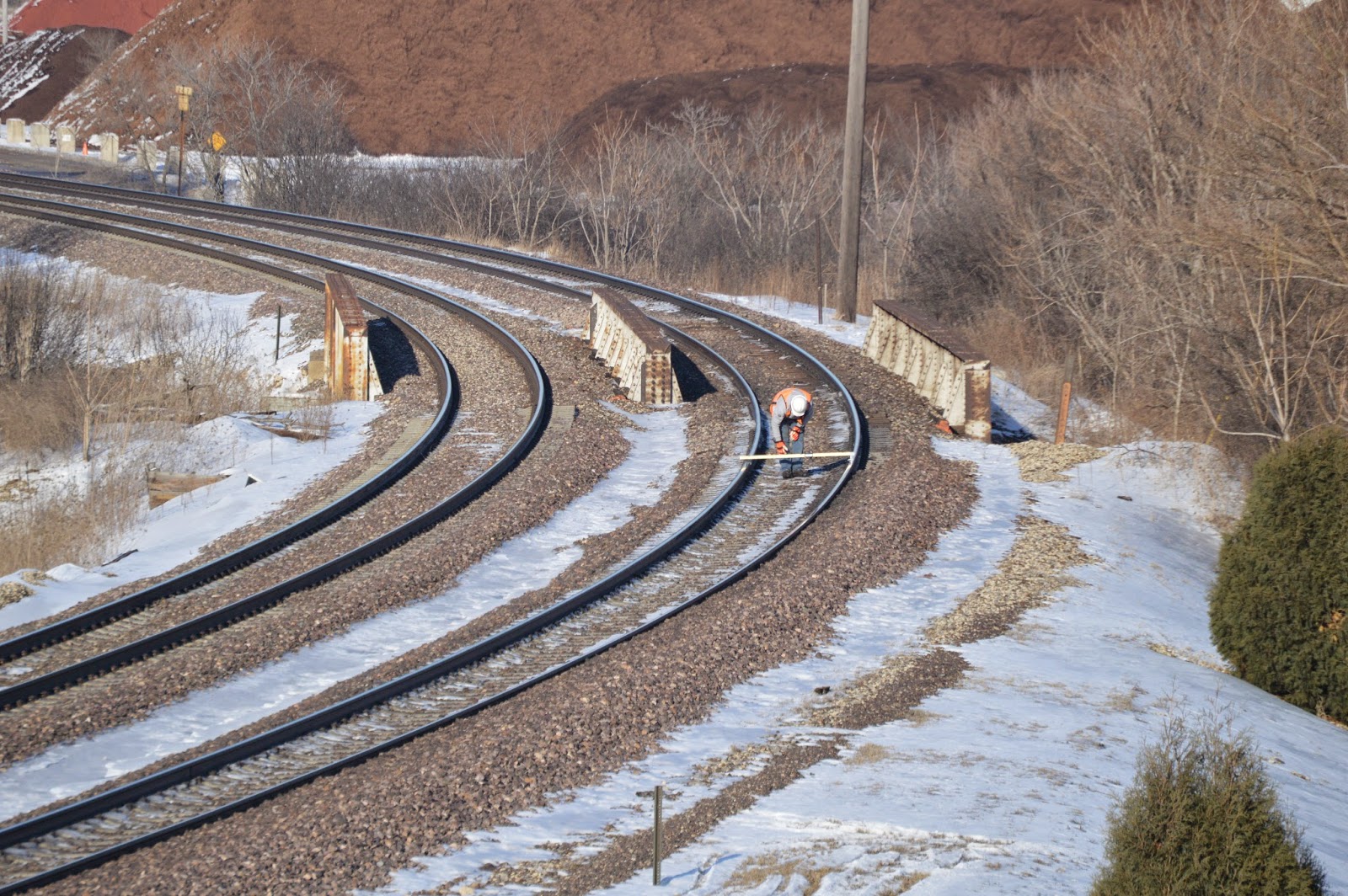 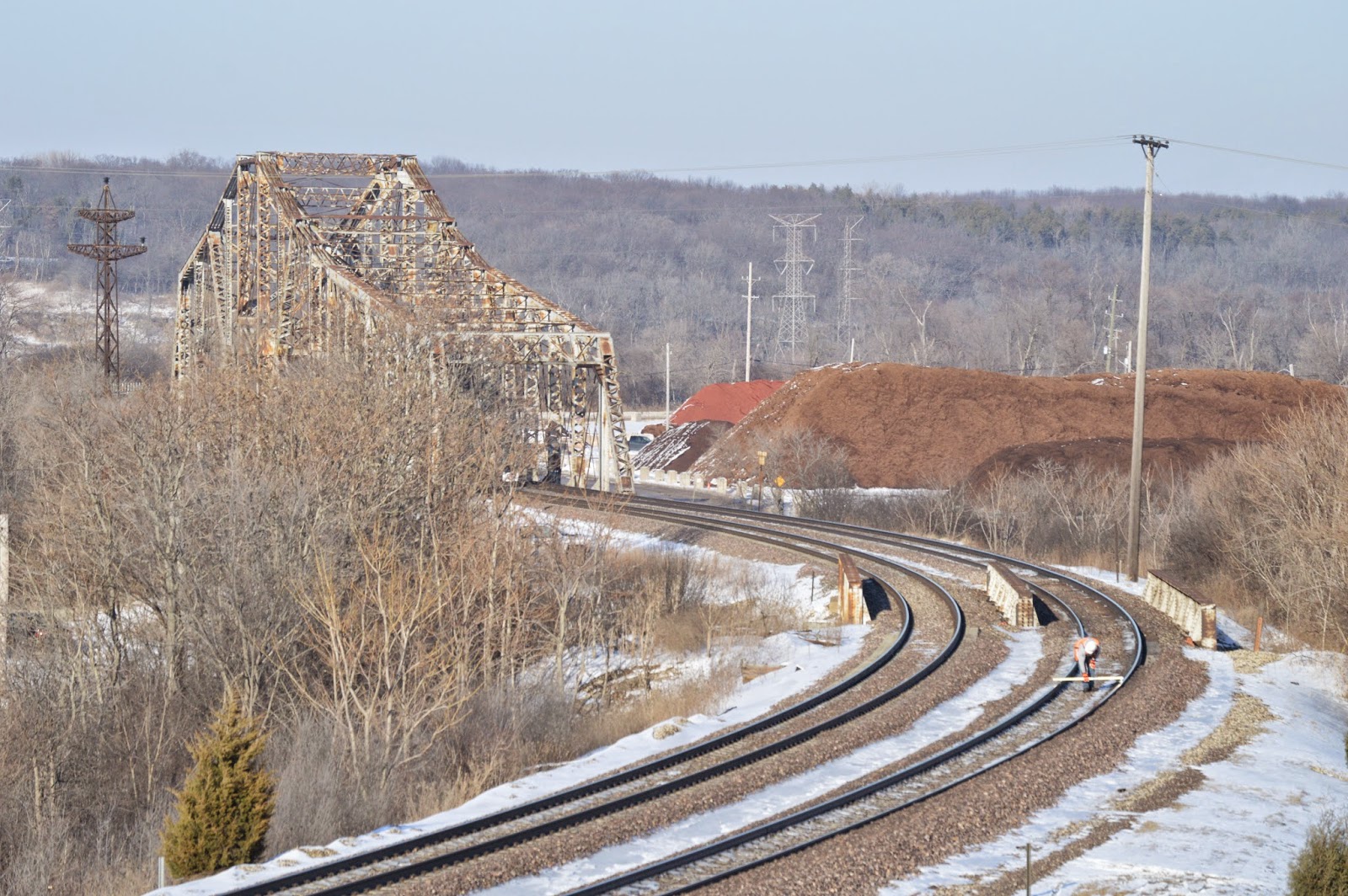 I've noticed during visits in the summer that many times there is a lot of wheel squeal when trains are pulled around this curve. If the squeal is because the flange is being driven against the rail, then that would exert a lot of lateral force on the rail. This check was happening around 4pm. The last photo was the last check he did. Maybe the checks he did had good enough results that he could assume the rest of the curve was OK. According to a satellite map, he was checking the end of the curve since this track normally carries eastbound trains. 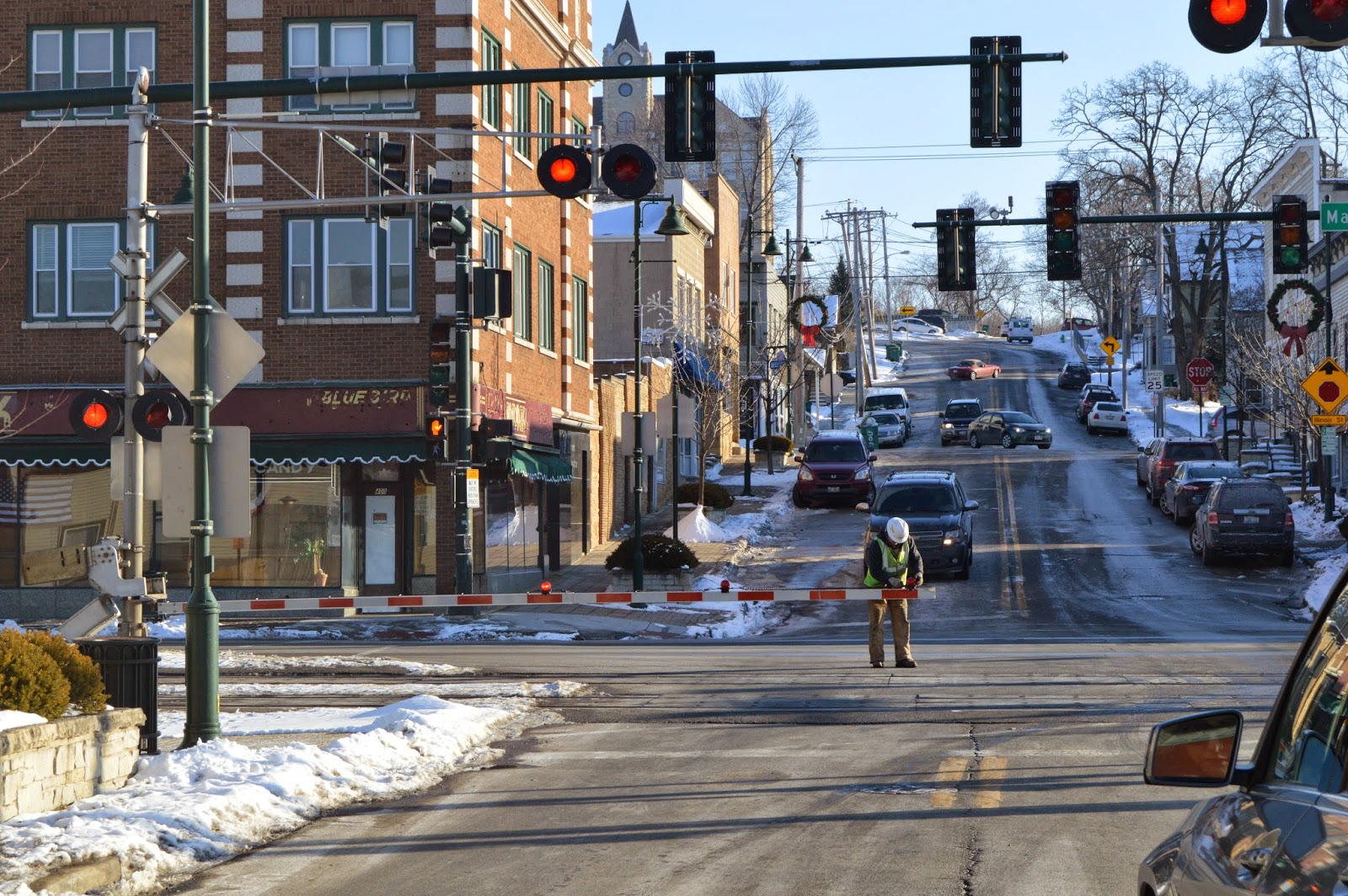 When I was leaving town, the CN/Alton crossing was flashing. A CN/Alton train had gone through town while I was in the garage. I could tell because the horn was being blown for a lot of crossings. When I saw this gate down, it struck me as odd that I could not hear a train horn. So I looked closer and noticed that a maintenance man was working on the gate. Since the traffic was going nowhere, I stepped out of the car and took a photo. 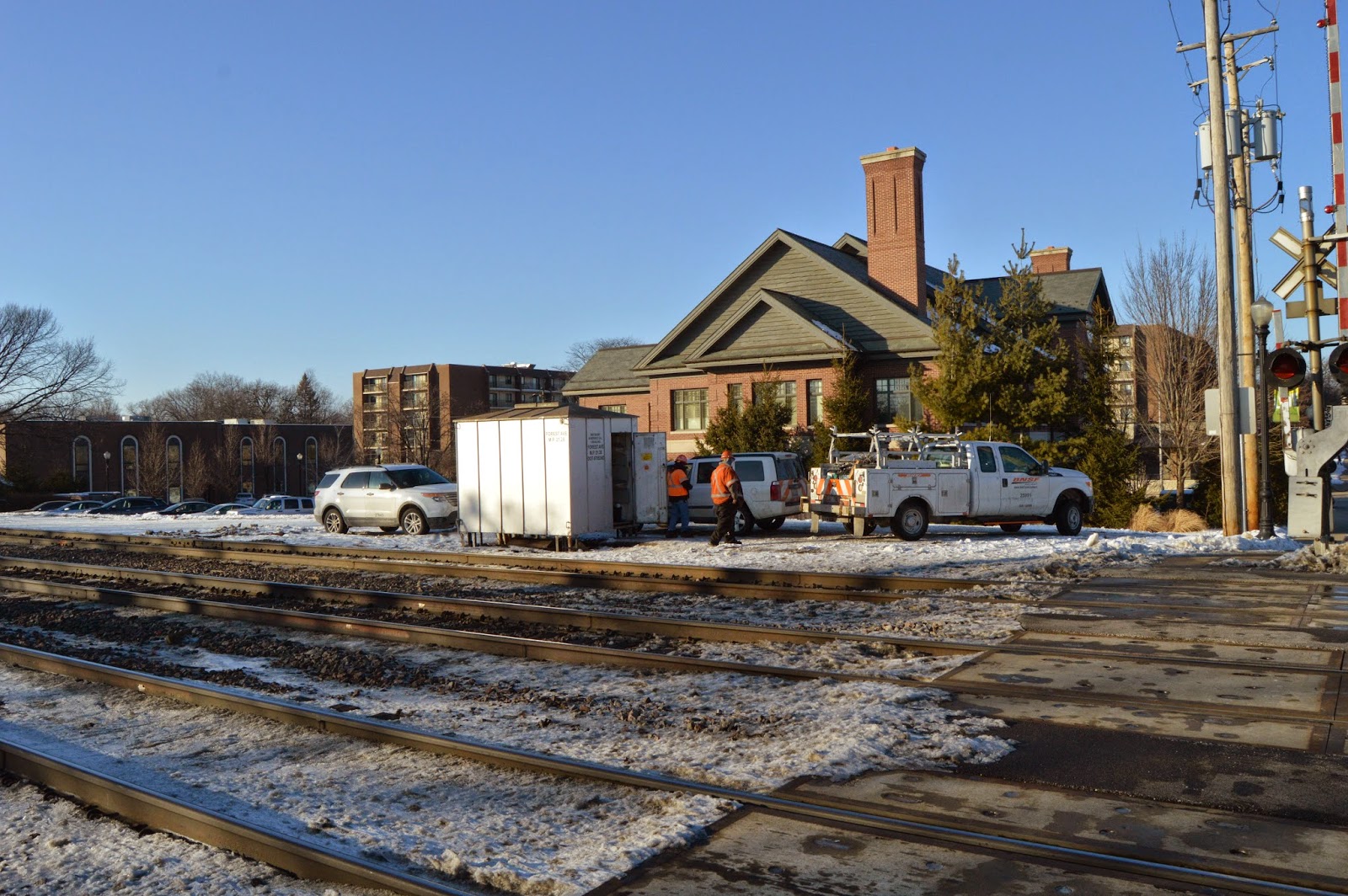 Then on my way home from this field trip to Lemont, IL, I saw three vehicles and two men working on the BNSF/CB&Q signals at Forest Avenue, Downers Grove, IL. Every since they switched to the new signals, the crossing gates at Washington, Main, and Forest have been known to go down when they shouldn't and to stay down when they shouldn't. After monthis of false gate closings, I do hope they can figure out what is wrong and fix it. It really ties up traffic on Main when they "bounce." One time I saw them go down three times for the same train because the first closing was way too soon. The new signalling equipment has been a good example of "it takes computers to really foul things up."

Update: when I stopped in Gilman, IL,  on Jan. 19 to get more pictures of the CO-OP grain elevator and the coaling tower, I noticed that quite a few signaltenders were having a meeting. Given the two big trucks, the CAT equipment, and two big crews, they must have been getting ready to install some of the new signalling equipment that is needed for Positive Train Control.

Posted by Dennis DeBruler at 9:02 PM