My wife drove the stretch of IL-130 from Olney, IL, to Newton so that I could get pictures of an abandoned interurban right-of-way. She kept driving so I was able to get a picture of the round barn that is along IL-130 north of Newton.


Fortunately, since there was no foreground brush, the camera was able to quickly lock a focus and my closeup picture from which the above was cropped came out OK. And it was sunny enough so that the shutter speed was fast enough that I did not have any blur even though I took this picture at highway speeds. I did roll down the window before I took the pictures. I include the first picture I took to provide context. 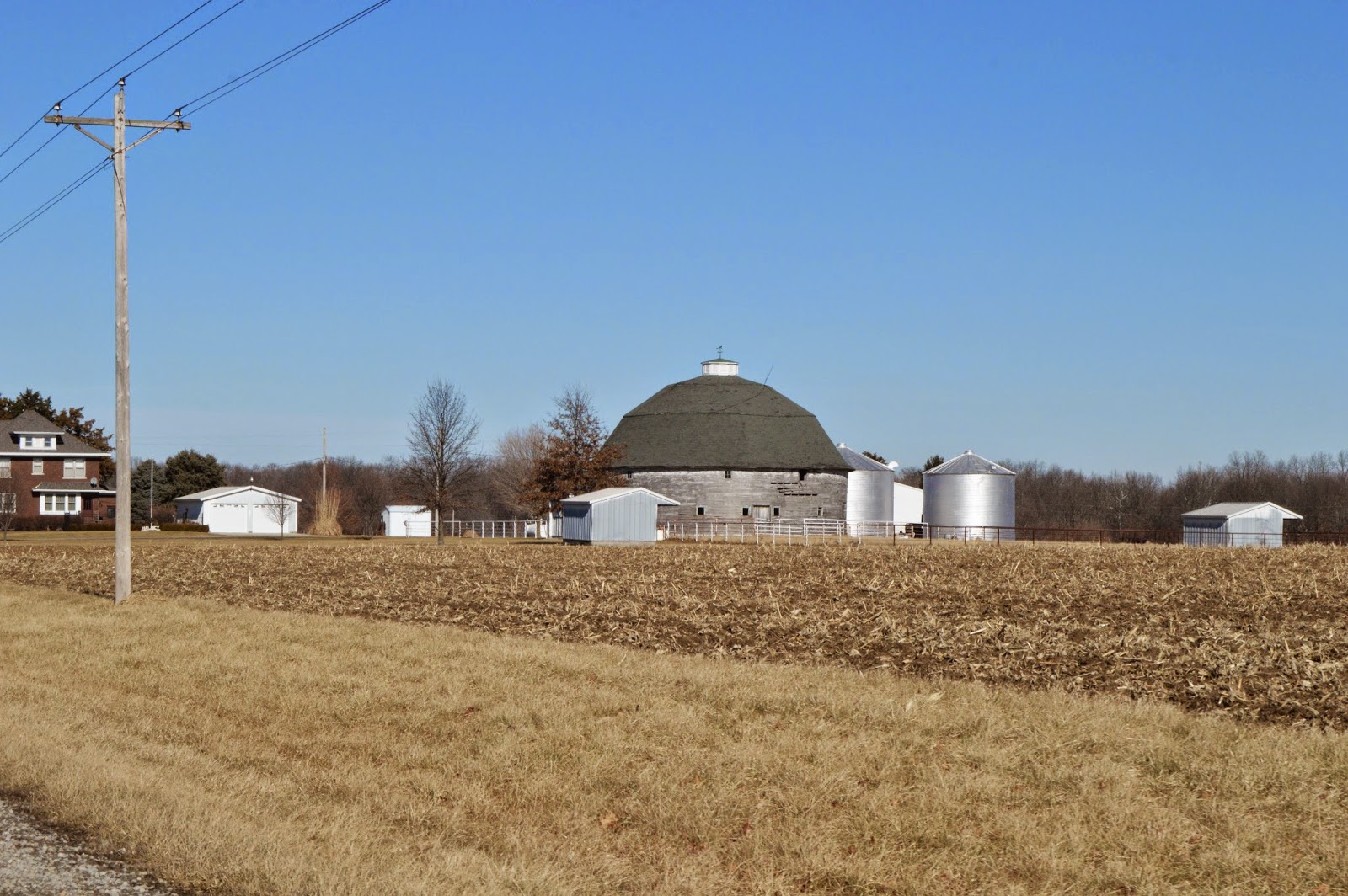 
While driving south of Springfield on I-55 I grabbed this photo. Unfortunately the metal roof on top is reflecting the white clouds it is blending in with. But considering I snapped this at highway speeds, I'm lucky the focus locked and the glare off the window is not too bad. Knowing approximately where it was, I was able to find it on Google. (Facebooked)
Posted by Dennis DeBruler at 7:00 AM