I took some pictures of the I-355 Veterans Memorial Bridge from Keepataw Preserve last summer. But I didn't use any of the pictures because the leaves obstructed the view. Since I was in Bolingbrook for an errand, I stopped by to check out the view without leaves. 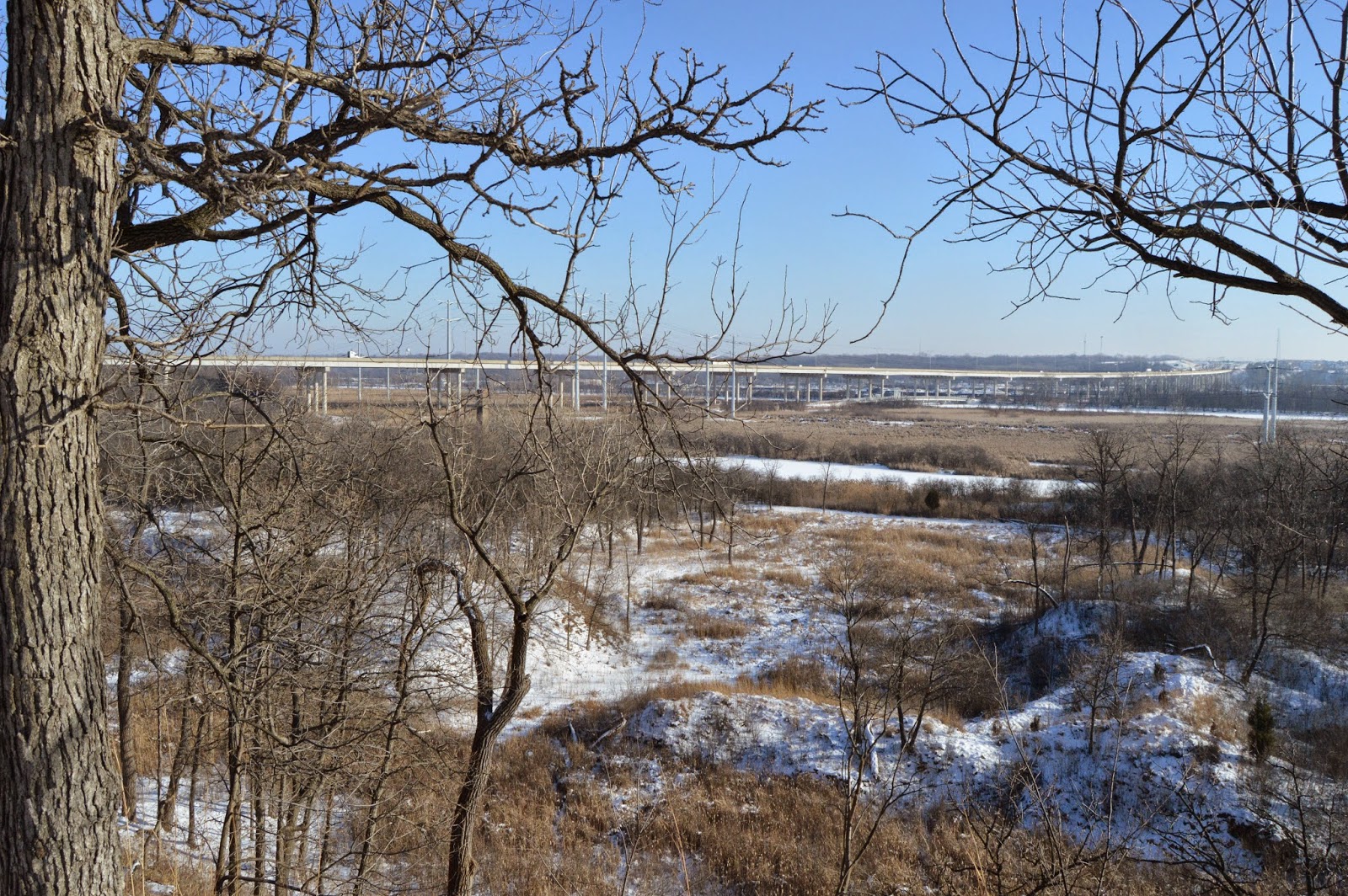 The base of the tree on the left is near the ground. Note that the trees next to it are much lower. I'm a few feet from a precipitous drop on a snowy trail with worn tennis shoes. I did have a little slip a couple of times. Yet I was not as scared as I was on the Warrenville Bridge because I was a few feet from the edge.

We can more clearly see the trail/maintenance bridge on the left in this view. 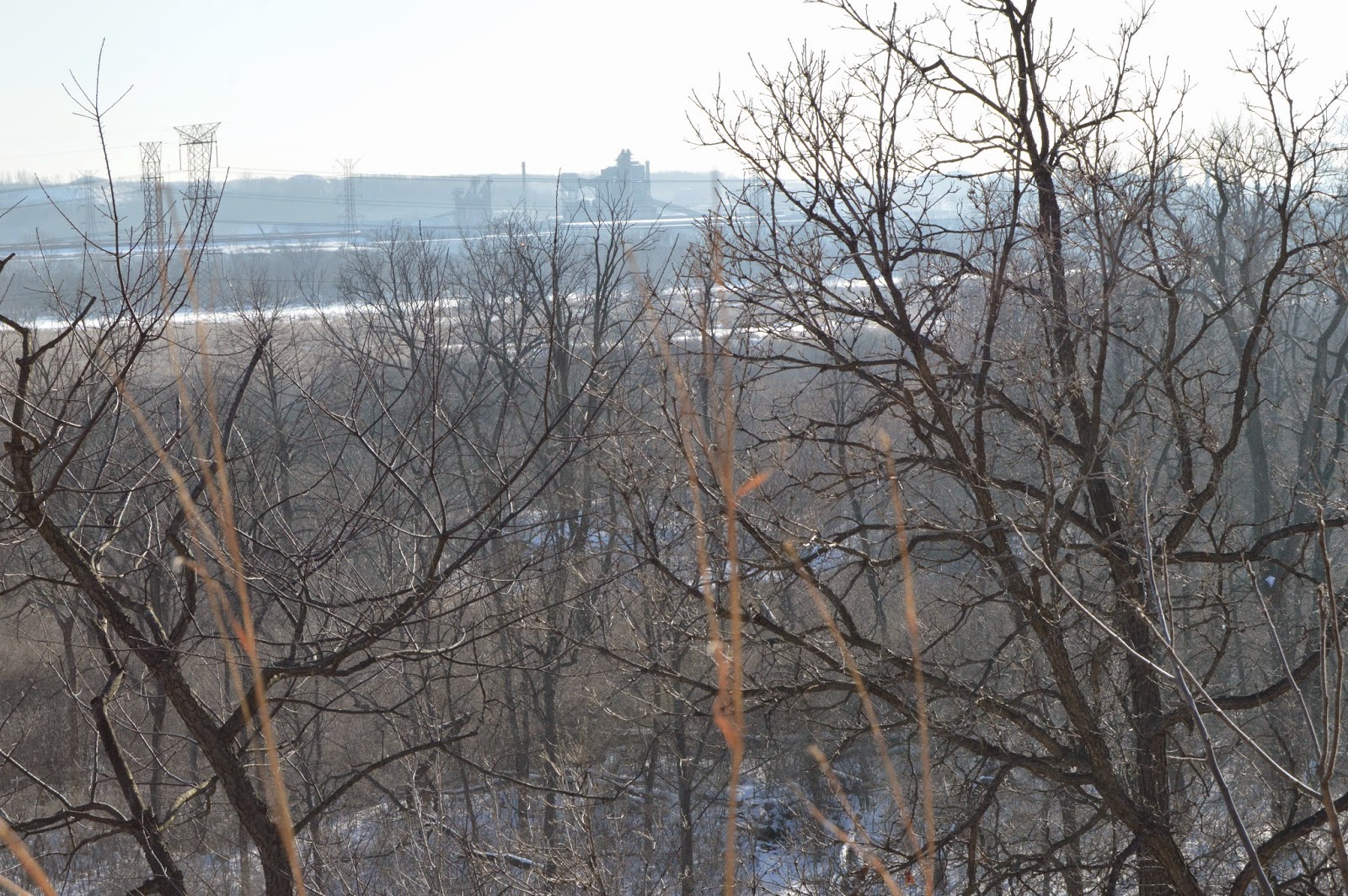 I tried taking a picture of the industries that are on the other side of the canal, but they are even more washed out by the winter sun. Especially since it was an afternoon sun and I was facing southwest. 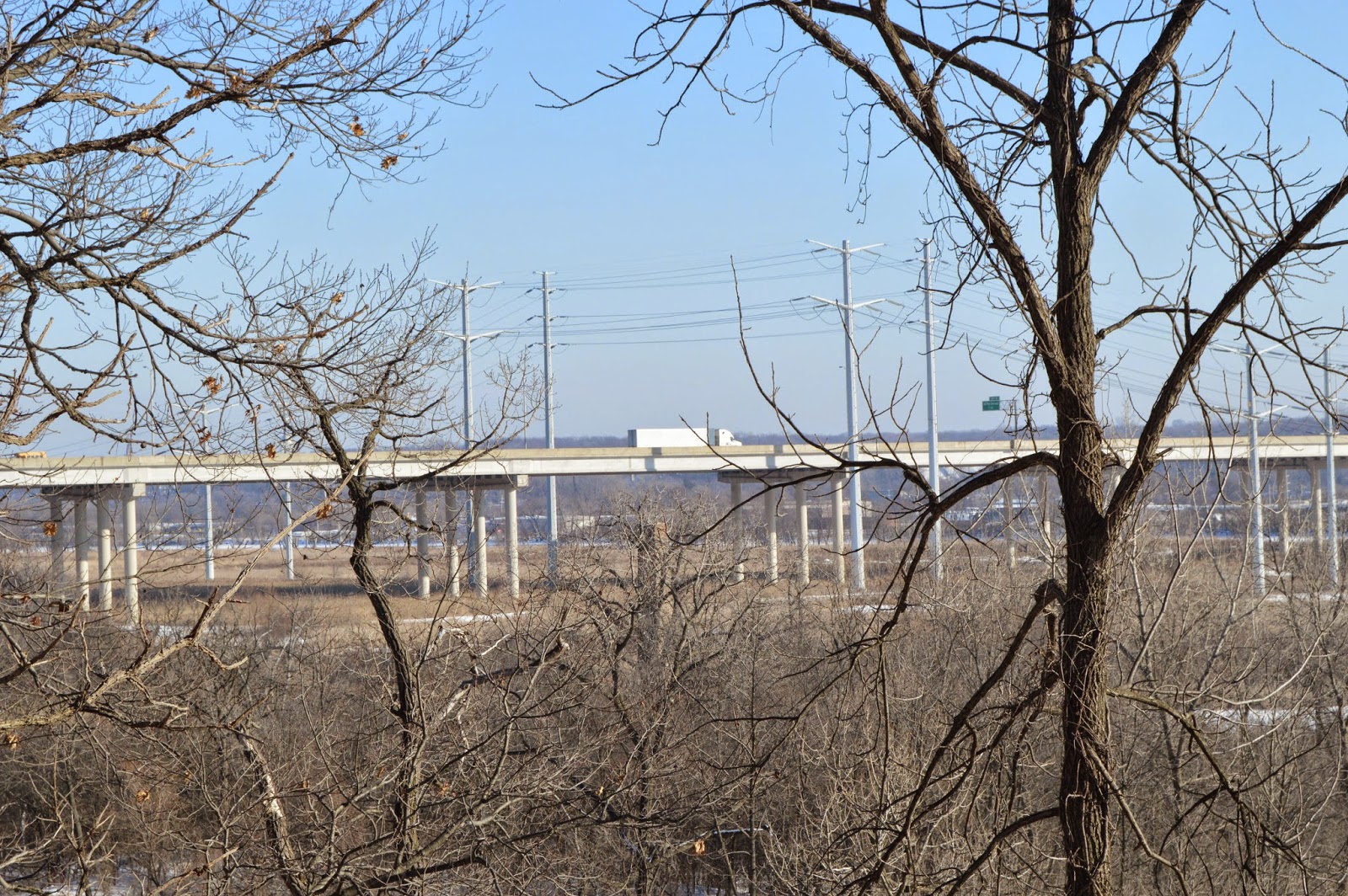 I took some pictures that concentrated on the tall power line poles that take the wires over the bridge rather than under it so that the wires would not endanger the Emerald Dragonfly. The picture I chose has a semi-truck on the bridge to provide some scale.

I know from taking pictures in the Rocky Mountains that it is hard capturing sharp changes in grade. This view includes the trail on top of the bluff to try to give perspective as to how sharply the ground was eroded by the old Des Plaines river. 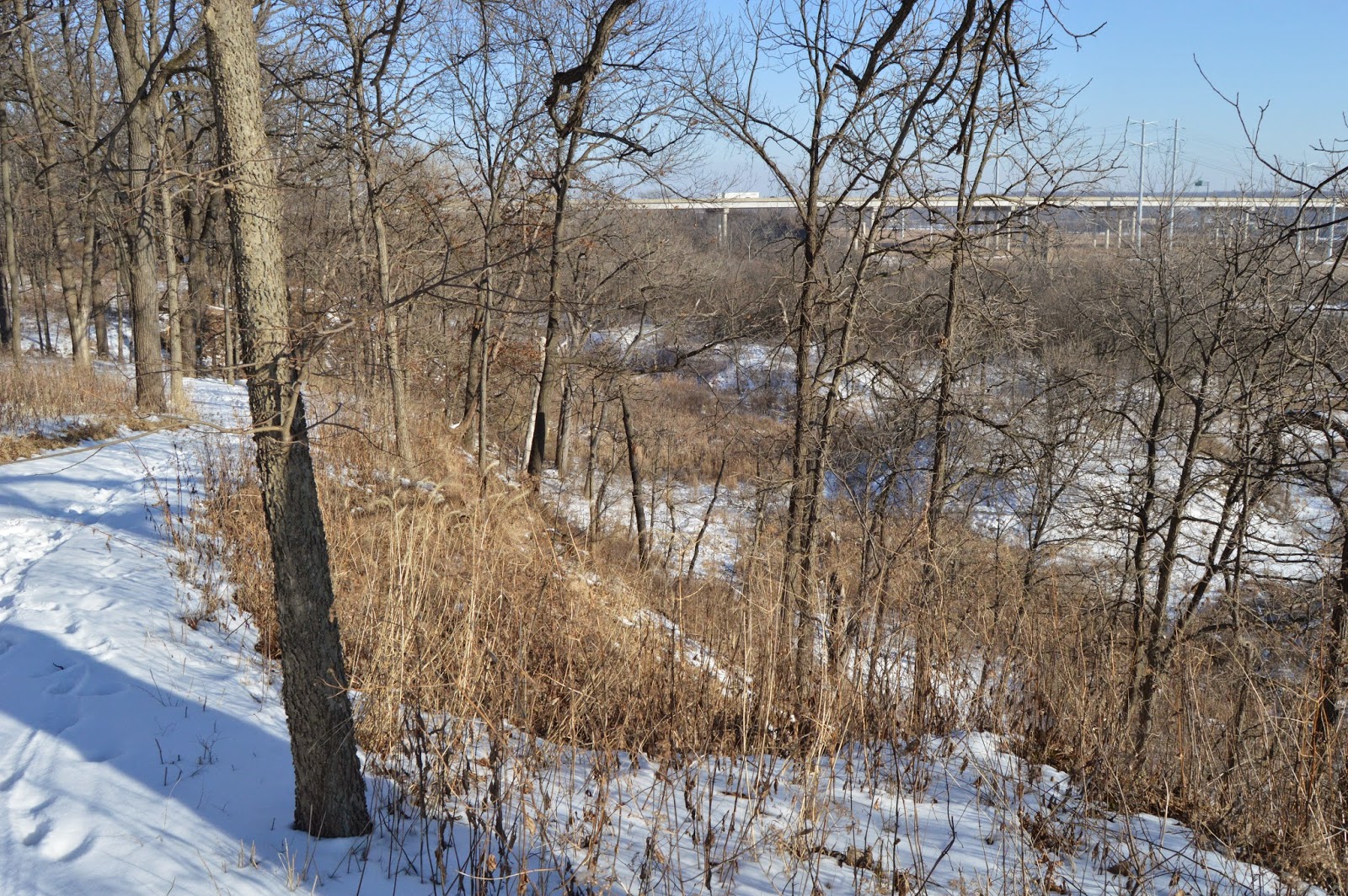 Posted by Dennis DeBruler at 5:05 PM

Email ThisBlogThis!Share to TwitterShare to FacebookShare to Pinterest
Labels: wwSS