Update: 5:50 in a NYC late 1940s video indicates oil is added to each bearing in a hump yard. And 12:49 shows the disassembly of a bearing as part of a wheel change operation. And more oiling in the background at 14:35.


When I took US-34 home instead of I-80, my wife spotted a caboose a block or so to the left, so I turned, parked the van, and we got out. While I took pictures, my wife talked to a neighbor that had come out to see what was bothering her dog. She explained that it had been setting in a farmer's field as a "party house." There are plans to restore it. Because of a few bad "railfans", it is becoming rare to find static displays without a fence around them. (That is why I'm not mentioning the town that has this caboose.) 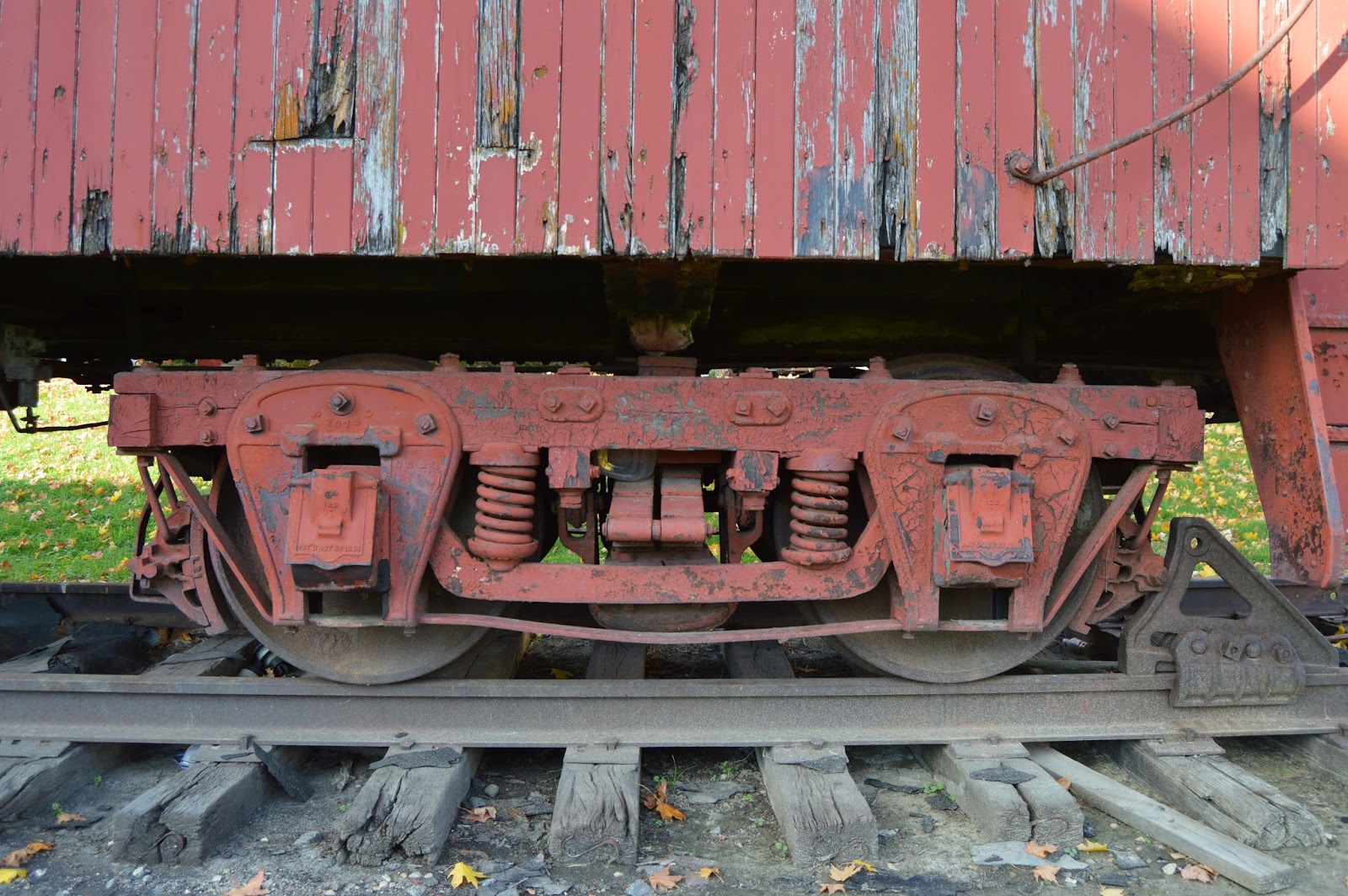 So I took advantage of the access to get a close up of the truck. And then it occurred to me that I could get a picture of a friction bearing. 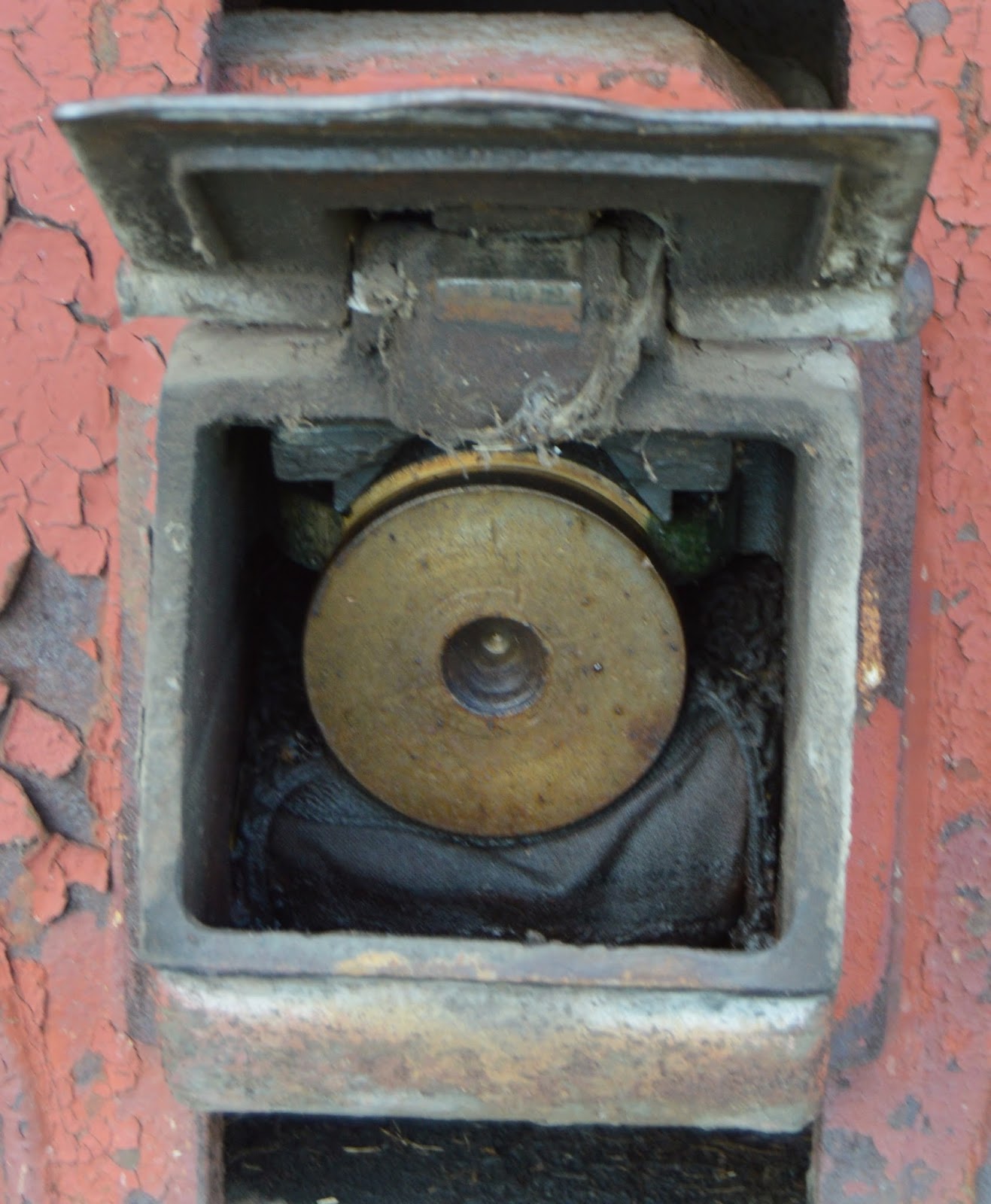 Note the rag at the bottom. Friction bearings were a significant maintenance issue because oil would have to be added to the bearing box to keep that rag soaked in oil. If it went dry, a fire would start. That is the origin of the phrase "hot box." When I posted the caboose and bearing pictures to the Fallen Flags Facebook group, one of comments was about having to use a rod to pull the rag out so that it would burn out without catching anything on fire!

Fortunately, friction bearings were replaced by roller bearings many years ago. In fact, it has become harder for museums to ship equipment to their sites because railroads will no longer allow cars with friction bearings to run over their rails.

As more evidence it pays to get of the beaten path, I saw the following on the same trip.


Did you know?
A plain bearing (in railroading sometimes called a solid bearing or friction bearing). Is the simplest type of bearing, comprising just a bearing surface and no rolling elements. Therefore, the journal (i.e., the part of the shaft in contact with the bearing) slides over the bearing surface. The simplest example of a plain bearing is a shaft rotating in a hole.
Plain bearings, in general, are the least expensive type of bearing. They are also compact and lightweight, and they have a high load-carrying capacity.
This is the most common type of plain bearing; it is simply a shaft rotating in a bearing. and was used on locomotives and railroad car applications until the transition to roller bearings used today began to take place as early as the late 1950s

Posted by Dennis DeBruler at 8:18 PM