Cabooses Are Still Used for some Locals

While going north on Fort Meigs Road, I saw an CSX engine with a cut of covered hopper cars next to what is probably a plastics molding plant. But that wasn't exciting enough to try to find a place to pull in and park. However, when I got further north, I saw a caboose setting at the end of a cut of cars. That was exciting enough to find a place to park.  I spotted an entrance to a parking lot from which I got an almost clear view.

I wasn't willing to tromp into snow to get a completely clear view, so I took shots from a couple of locations in the parking lot. I also took an overview shot to provide some context (below). The bridge in the background is I-475. 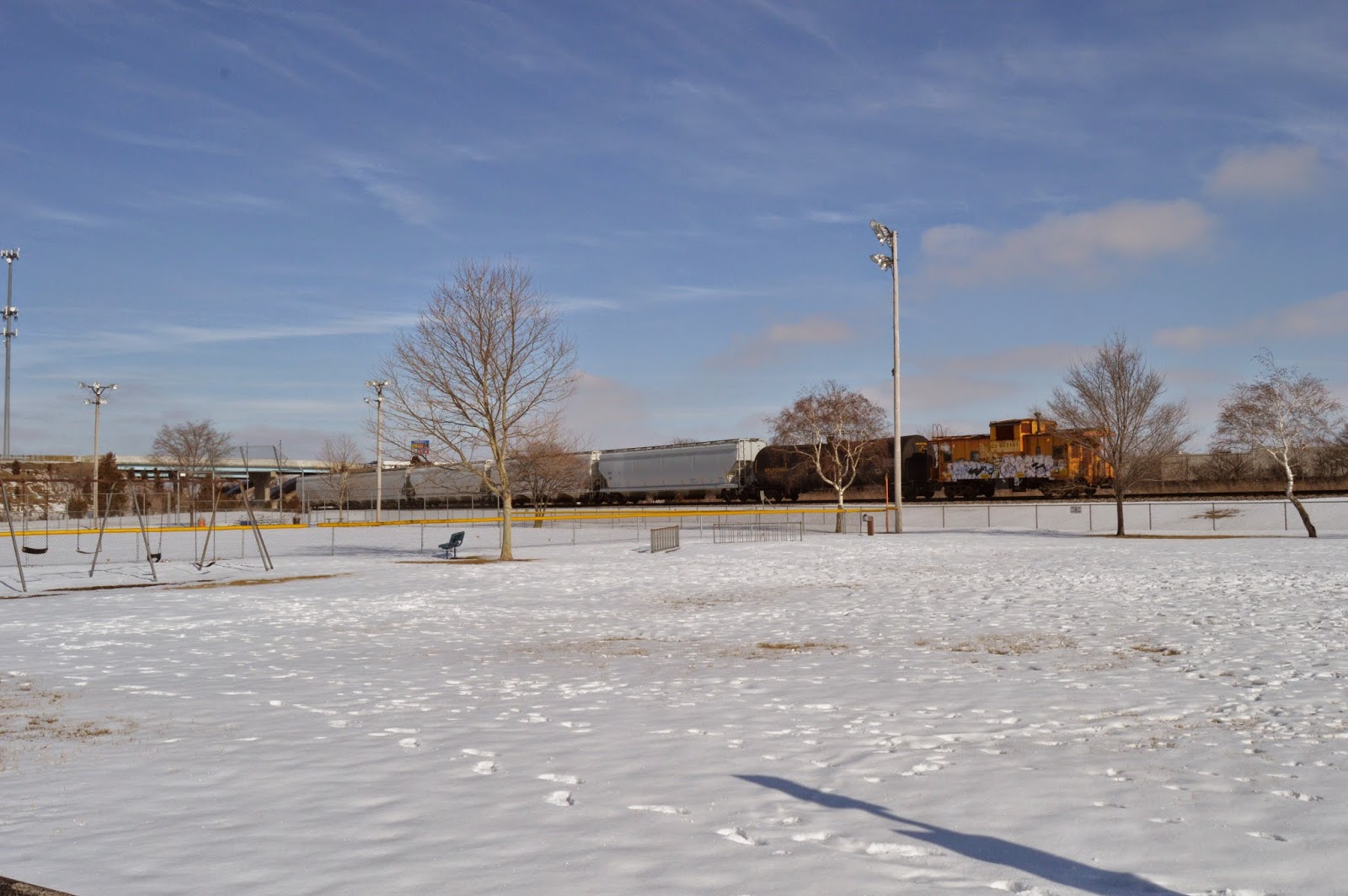 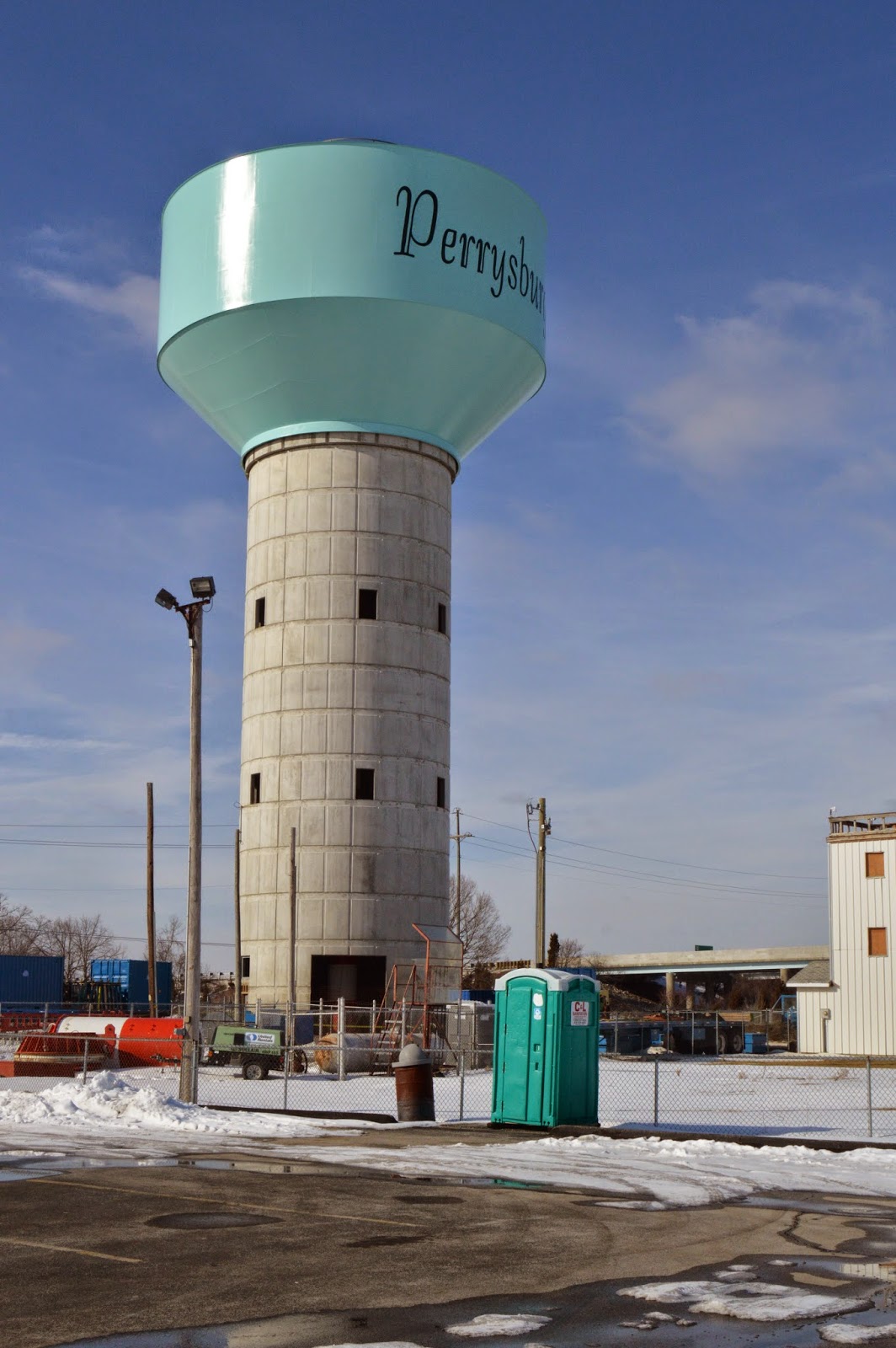 Of particular importance is that playground equipment on the left. To get to this parking lot, I had to drive past an intimidating water tower because of the fence around it. And then I saw a sign indicating that the first parking lot I stopped in was for fire fighters. But then I noticed if I drove all the way towards the tracks, I was in a parking lot labeled for the playground. I was relieved that I could park legally and take my sweet time taking pictures.

I spotted the original C&O number on the copula -- 3161. (The black thing on the right in the closeup of the C&O marking is the smoke stack.) I wonder why it was renumbered with the reporting mark CO instead of CSXT.


I had assumed that this caboose was used like the caboose on FFG&C trains or the second engine on the BNSF/CB&Q "flour local" --- an observation platform for when the train is being run in the reverse direction. But it was obvious they were not looking from the comfort of the copula because the windows were plated over. But then I noticed the end windows are boarded up as well. So now I don't know what the caboose is being used for in this local.

(Update:  the purpose is to provide a platform for the crew when the train is backing up. In fact, they are now called "shoving platforms." And I learned from the following comment on Facebook that some railroads feel their employees have to be uncomfortable in order to do their job safely.


Robert Bufkin If a train has a lot of backup moves such as locals or it can't turn at the end of a line they still use these. They are suppose to have the doors locked so the crew rides the ends but I know some crews that break in to stay out of the elements. And they are now called shoving platforms. 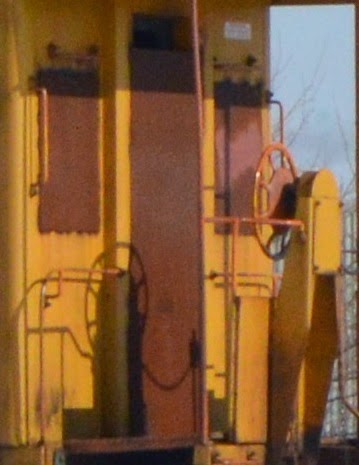 The tracks are part of the CSX/B&O route between Dayton and Toledo via Lima. On a satellite map, I followed the tracks toward Toledo and found some other industrial leads.
Starting with Lucky Farmers, the route is double tracked so that industrial switching need not foul the mainline. The local  probably worked out of this yard. Google Maps confirms it is a CSX Transportation asset.


An example of why shoving platforms are needed for local switching.

A discussion of the BNSF local that goes south of Joliet with a shoving platform that is painted in Santa Fe colors.

Posted by Dennis DeBruler at 10:27 AM