Division Street over North Branch (East Side of Goose Island)

The paint job on this bridge is in remarkably good shape considering that it is supposed to be replaced in a year or so. The safety island allows a rather unique vantage point. The traffic heading west is backed up for blocks because two lanes squeeze down to the one lane of this bridge. But the traffic lights provide gaps in the eastbound traffic. When I go to Goose Island, I take Division Street east from I-94. But when I leave, I go south on Halstead. 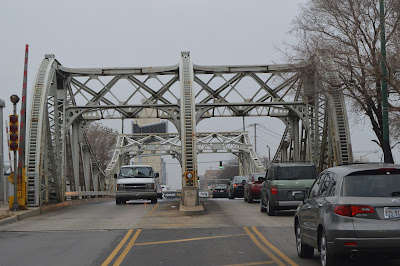 It is a wide safety island, but it is still kinda creepy taking pictures there as traffic goes by. 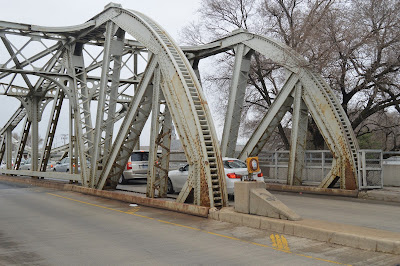 Note the three big compression members branching out from the trunnion bearing just below the surface. The three exposed racks are typical of Chicago's first generation of trunnion bascule bridges. 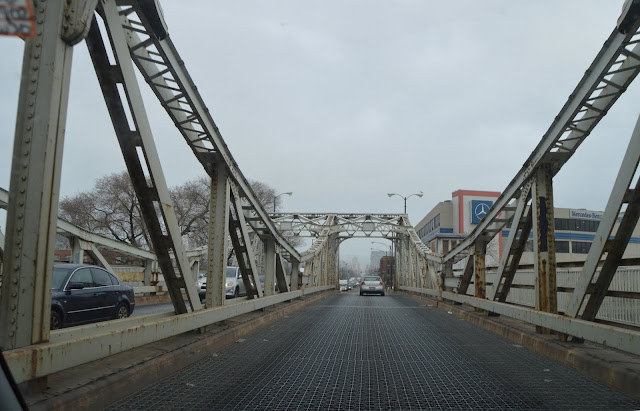 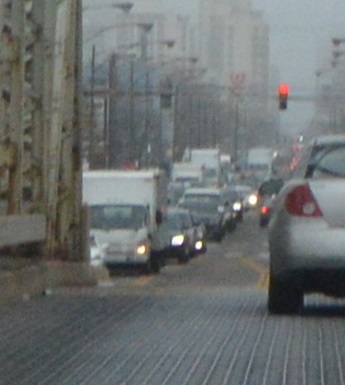 I zoomed in on the above photo to show the westbound traffic is gridlocked for as far as you can see. 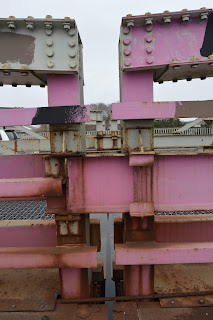 The Coast Guard removed the requirement that the bridges have to be movable. So if Chicago has not replaced a bridge with a fixed bridge, they have fastened the two bascule leaves together to make a stronger bridge. I would expect that they also removed the motors and wiring so that the copper was not stolen.

And now it is photo dump time as I walked west on the south side and then back east on the north side. 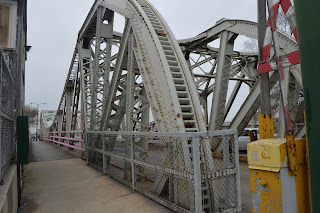 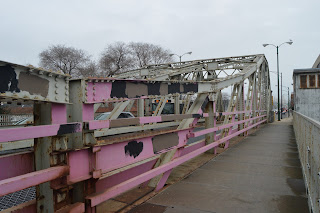 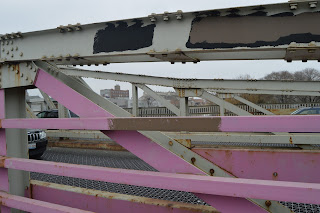 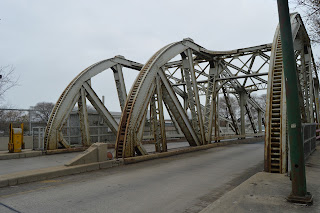 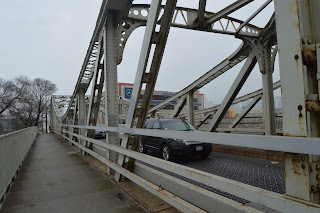 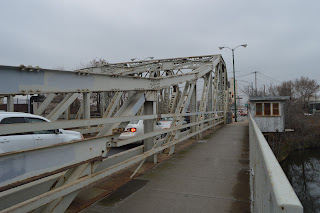 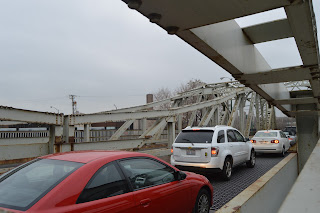 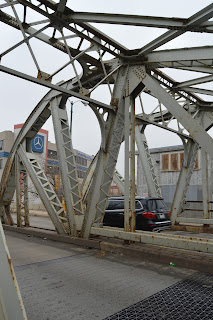 Posted by Dennis DeBruler at 1:50 PM