(Satellite)
This post is history in the making. A 72-year-old grandmother, Christina Lopez, was killed by a crossing accident in Clarendon, IL. After her retirement, she had moved to Downers Grove to be closer to her three daughters and her grandkids. From what I can determine, this is the first time that Metra has lost a passenger.
When I walked to downtown Downers Grove on May 11, 2022, (Wednesday) and crossed the BNSF/CB&Q 3-track mainline (known as The Racetrack), I noticed that a train was parked just east of Washington at 9:23am.
I was surprised because this is not the time and place for a commuter train to wait to make a return trip. But when I turned around and looked outbound, I knew something was very wrong because there was another commuter train parked on M3 and a freight train in "the hole" on M2. 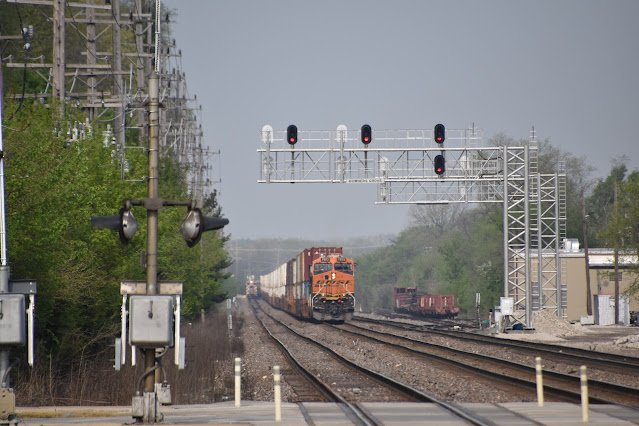 And the freight train was an intermodal train carrying a bunch of J.B.Hunt containers. That means that it was a high-priority train and thus it normally would not be parked in the hole. 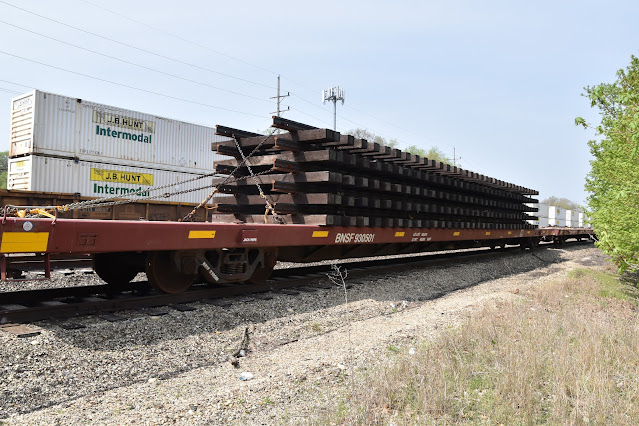 I've learned that Facebook copies and saves the "safe_image" when a post is made because I've found different images and headlines for the same news article link. The commuter service had already been delayed that morning because of mechanical problems on another train. So this train was running as an express train with only 60 passengers to try to get things back on schedule. The track speed for passenger trains is 70mph. It struck a 40' box truck that was stalled/stuck on the tracks. Evidently the impact from the crash flipped the truck around so that the rear struck the side of a car. The NTSB explained that the victim was ejected from the train.
The truck burst into flames after it was struck.
The train and the truck could not be moved until after NTSB arrived. Metra ran a Saturday schedule on Thursday and resumed a normal schedule on Friday. There was construction at the intersection and "some believe that could have stalled the truck on those tracks, leading to this accident." Others report the truck had engine trouble in the crossing.
The three people in the truck were able to get out in time. Two passengers and two crew members were injured. The first version of this article reported that they had minor injuries. A later version reported "non-life-threatening injuries." An even later version used the terminology "probably non-life-threatening injuries." The latest version doesn't even mentioned that four others were injured. There is a big difference between "minor" and "non-life-threatening" such as broken bones. If the injuries were minor enough that everyone walked away and that later they were not even mention, then stick with "minor" rather than use to the more ambiguous "non-life-threatening." I suspect some lawyer is of the opinion that the more information you remove from an article the lower the chances that some information is wrong.
The NTSB said a preliminary report should be out in two weeks and a final report was expected after 18 months.

Update: Unfortunately, deaths involving the commuter trains are not unusual. Some people commit suicide by stepping in front of them. I wonder if that is why the press no longer provides any details of the accident, just the impact on the train schedule. This post on May 14, 2022, motivated the update: Pedestrian Struck By Train Near Naperville: Metra. And that article references an Apr 29, 2022 article: Pedestrian Struck By Train In Naperville: Metra.
Posted by Dennis DeBruler at 9:01 PM

Email ThisBlogThis!Share to TwitterShare to FacebookShare to Pinterest
Labels: rrCBaQ