Other notes are about the yard.  These notes railfan some older paint schemes, including cabooses and an intermodal train at a closed crossing east of here.

When I was driving north on Santa Fe Drive, I noticed a BN locomotive approaching. So I pulled into a parking lot to get some pictures.

You can tell by the glare off the sides that the sun was low, and I was losing my light.

It was moving slowly across the road.
When the second unit got on the road, it stopped and went back. 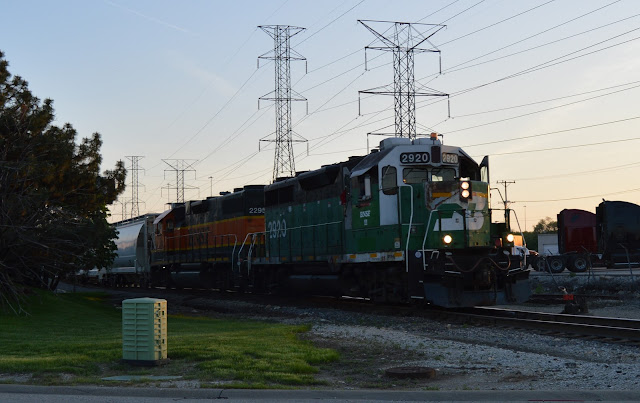 When I learned about the GM Yard, I realized I was watching a cut of cars being drilled back at the yard.

By the way, not only is the BN livery old; the BNSF locomotive had the first livery design, H1.

On my way to the MWRD pumping station to take a tour of the McCook Reservoir, I went up to that crossing to get a photo with better sunlight.
Most BN hoppers that I see now days are different shades of fading. This was one of the greener ones that I have seen, so I walked around to get a "roster shot."
It appears this happer always sets at that spot. Perhaps it is a "bumping post" that has give. They even have a pile of rock on the tracks near the road to provide even more resistance to keep runaways off the road.
The yard is called GM Yard because the UPS building on the other side of  I-294 is located where there used to be a GM plant. Since Corwith Yard has been converted to an intermodal yard, this yard is now the one that originates local trains. I know a local comes from this yard to service the industries west of Argonne Labs. The power and crew for the local that serves the industries south of Joliet may come from here but the Joliet Yard may be used to prepare the train. I know that train uses a caboose as a shoving platform because I have seen that local three times, but I still have not been able to catch a decent photo of the caboose. Fortunately, Matthew Ginkel's posting did catch some cabosses.

Tom Rutkowski posted a collection and a Santa Fe that were taken 5-19-2018.

On my way back home after the McCook Reservoir tour, I saw the BN locomotive working the Willow Springs Intermodal Yard, but I wasn't willing to get out of the van to take a better photo because just being in this parking lot was trespassing 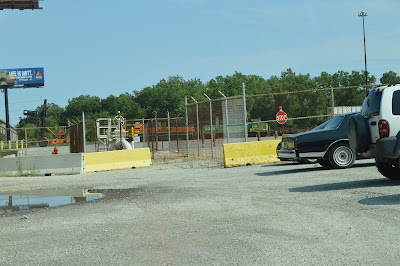 .
BNSF keeps at least two BN painted locomotives at GM Yard because I spotted another one parked in the yard. That is I-295 at the top of the picture. 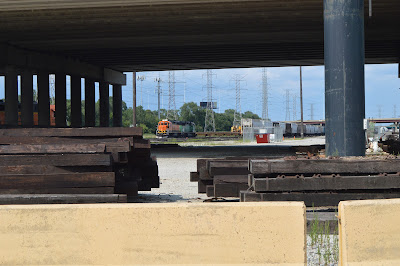 I took this photo to record that they also had an H1 pair. Matthew had to go on the east side of I-294 to get his photos. But I have not figured out a legal way to do that. I was looking for one this day because BNSF does store interesting locos and cabooses at the (timecard) west end of this yard. I've seen them when driving on I-294. But I haven't been willing to do the "broken car technique" to get photos from up there. 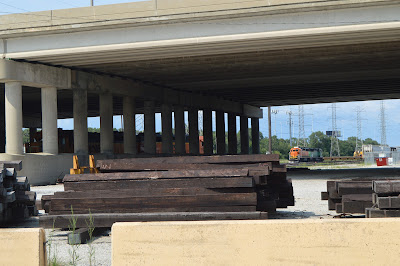 999758 above was badly tagged. I wonder where they store 784 because it is clean. This was taken from the Union Depot platform in Joliet.

This train is getting a lot of attention because BNSF is accommodating the railfans by putting 1990s liveries on a road freight.


Switching Silbrico.
A job that usually runs at night took us by surprise. HLCX 3891, a GP38-2, is paired with Santa Fe Bluebonnet 2787 on the Silbrico job. This industry is right outside BNSF's GM Yard, making shipment easy and fast for this industry.
Taken 3/7/19

Andrew Shafer This is YHOD203, it switches Silbrico just about every afternoon
I haven’t worked there in almost a year but daily you have
101 - First Shift Willow Ramp
103 - Builds the Galesburg local and cleans the yard up.
201 - Second Shift Willow Ramp
202 - Goes to Lemont to switch Citgo and a few other industries
203 - Hodgkins Industry Job
301 - Third Shift Willow Ramp
302- Argon Branch Job
303 - BRC transfer, but they were changing that up last year with the elimination of the Locals in favor of the MCHIGAL/galchi, now that the local is back im not sure what they are doing

[There are more comments that talk about the operation of the locals.]


Thomas' vantage point is public access. In fact, I discovered it is a nice railfan spot after I toured the McCook Reservoir and caught a w/b intermodal. Now that I know it sees the locals from the GM Yard, I may go there with a good book and do some regular railfanning. 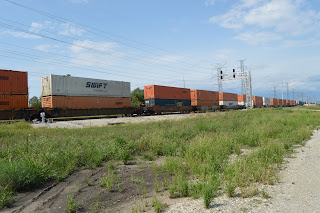 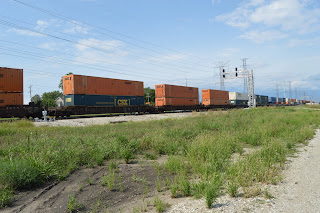 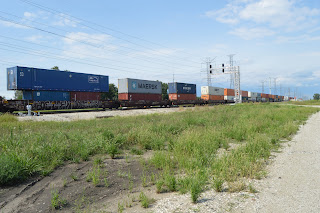 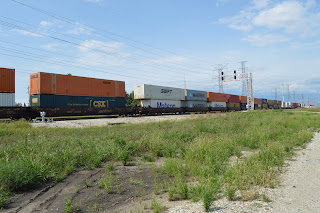 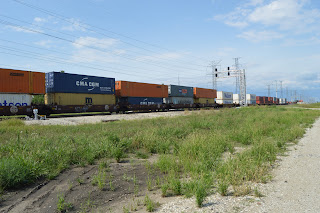 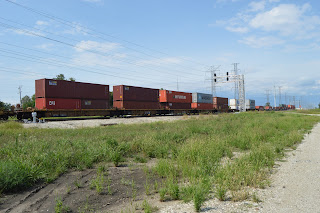 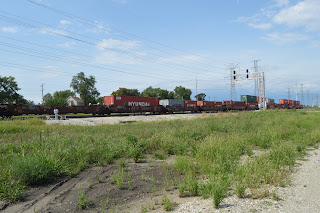 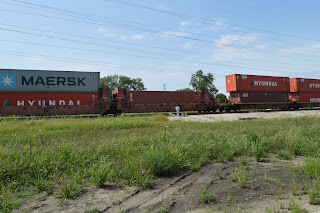 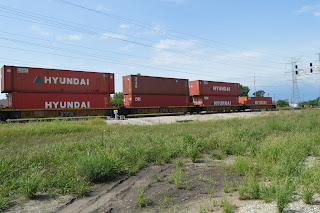 In 2021 they continue to use old, interesting locos for the local trains.
Posted by Dennis DeBruler at 11:55 PM