I'm doing all three bridges in one post because a photo of one often includes one of the other bridges. The railroad tracks used to cross the river on top of the Kentucky Dam. The railroad and US-62 was relocated downstream in 2009 to make room for constructing a larger lock for the dam. The pair of I-24 bridges were built in 1974.

I grabbed this photo to record the two tows approaching the Kentucky Dam that we are driving over. The girders of the road bridge obscure the bottom of the adjacent railroad truss. (That first tow looks like it is listing.)
This was taken from the dams visitor center parking lot. The first tow is entering the channel to the lock on the right whereas the second tow is approaching the spans of the I-24/69 bridges. 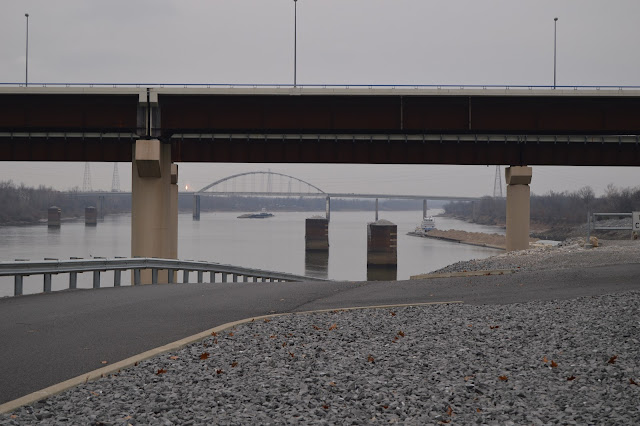 Turning to my right, I got a photo that shows the bottom chord of the RR span. 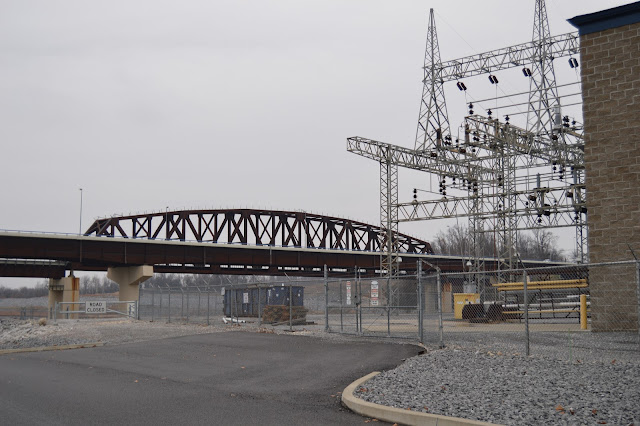 I walked a little ways down the access road to get a better view. If you compare the position of the towboat for the first tow to the pier of the I-24 bridge, you can see that it has made some progress. The second tow is probably holding position to wait its turn to lock through. 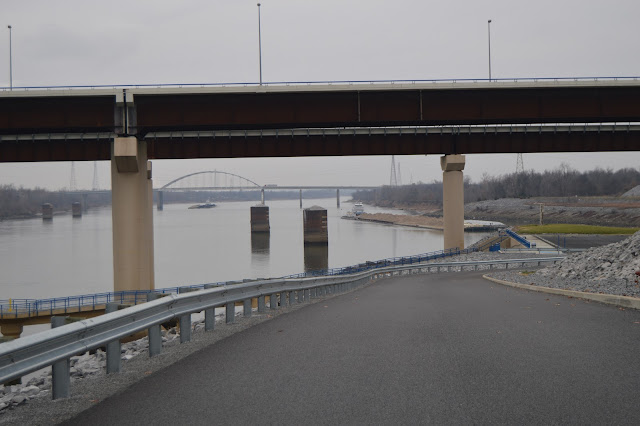 The truss carries the railroad over the navigation channel. The I-24 tied arch span is in the left background. According to the comments, "weathering steel" is the generic term for CorTen steel.
A comment in Bridge Hunter indicated that they replaced the joints in 2018 because one of them broke.
This construction photo motivated the post. The skinny piers on the left are obviously for the RR bridge.

Posted by Dennis DeBruler at 8:24 PM