The main purpose of this posting is to record a Facebook posting by Ramon Rhodes describing the BNSF/SantaFe bridge that crosses the Sanitary and Ship Canal in Forest View, IL.


One of Ramon's 15 photos shows the turntable and its foundation. The foundation is a reminder that part of the canal had to cut through dolostone down by Lemont so it was a very cheap construction material. In fact, it was waste material.


I have done the trip down Canal Road but there is a tree line between the road and the canal that does not allow getting decent pictures of the bridge. Below are the best views I found of the bridge. 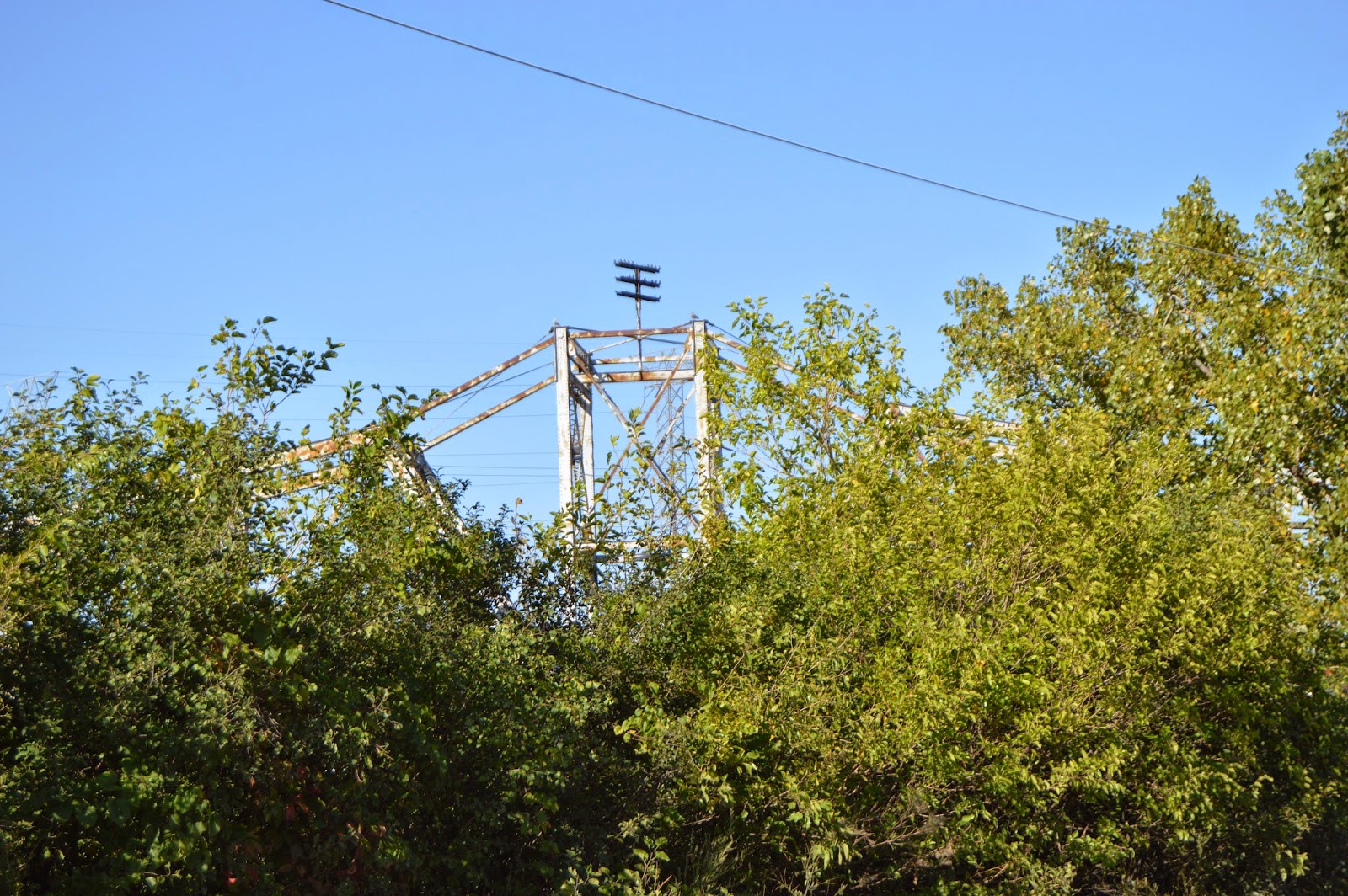 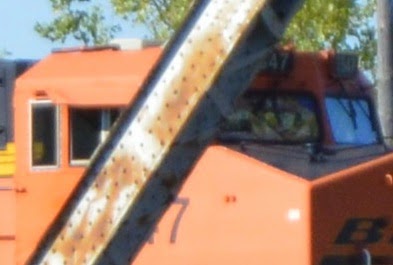 The bad view was even more frustrating when a power move of 4 engines came through. I had the dumb luck that the numbers of the lead engine was behind a girder. This photo is at camera resolution. I'm pretty sure the last 3 digits are 547. But of course it is the first digit that is most important in determining the type/era of the engine. Since it has a "swish" paint scheme, I think the number is 7547, which makes it an ES44DC.  This consist of four locomotives had 3 different paint schemes.

Since the numbers for 1041 were blocked by leaves, I did have another shot that allowed me to determine that number.

So I tried a shot from standing on that little pile of ballast. 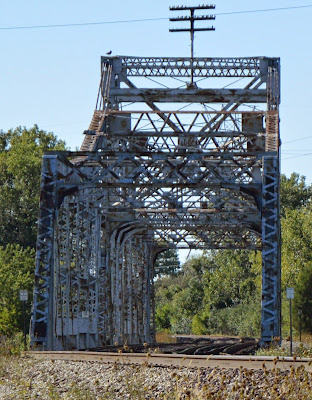 It is a decent end-on shot of the bridge, but I don't like end on shots. For example, it is hard to determine the truss type of a bridge. But you can clearly see that the top cord near the center truss are strictly tension members and that steel bridges need far less material for a tension member than for a compression member. (Combining the tensile strength of steel with the compression strength of concrete is why many bridges now use prestressed concrete rather than steel.)

Because it is hard to get pictures of this bridge, I was very relieved to see that Ramon has allowed me to cross this bridge off my todo list.

Update: I never knew it used to have four tracks until I read:


The only other swing bridge in Chicago is the Atchinson, Topeka, & Santa Fe Railroad Swing Bridge crossing the Sanitary Canal at West 46th Street. Also built by the Sanitary District and converted to a swing bridge by the U.S. Navy in 1942, it carried four tracks over the waterway. When built in 1899 there were very few cases where a single two-truss bridge carried four railways; normally a three-truss superstructure was employed. The bridge carried two tracks down the middle and a track cantilevered off each side of the bridge. The outside railway tracks have since been abandoned and removed from the bridge. This sturdy 1,346-ton bridge is designed to carry at least 4,200 lbs per linear foot over its entire length on each roadway (or about 700 tons per roadway). At just over 334-feet long and 54-feet wide the bridge was designed to safely support any combination of trains crossing the bridge at the same time. (Patrick McBriarty in ForgottenChicago. I have read his book and watched his DVD, but if he mentioned four tracks there, I forgot it.)

Posted by Dennis DeBruler at 5:56 PM