I took 75th street East of Willow Springs to get pictures of the SantaFe Willow Springs Intermodal Yard. But I could not find a decent parking space so I continued on SantaFe Drive. When I saw a sign pointing to River Road, I followed the sign because that sounded interesting. Indeed, it was. In addition to pictures of a prairie and the Des Plaines River, I got some other pictures from the new-looking bridge that crosses the SantaFe mainline.

A view of the tracks looking towards Chicago:

The overpass carries Interstate 55. A view looking away from Chicago: 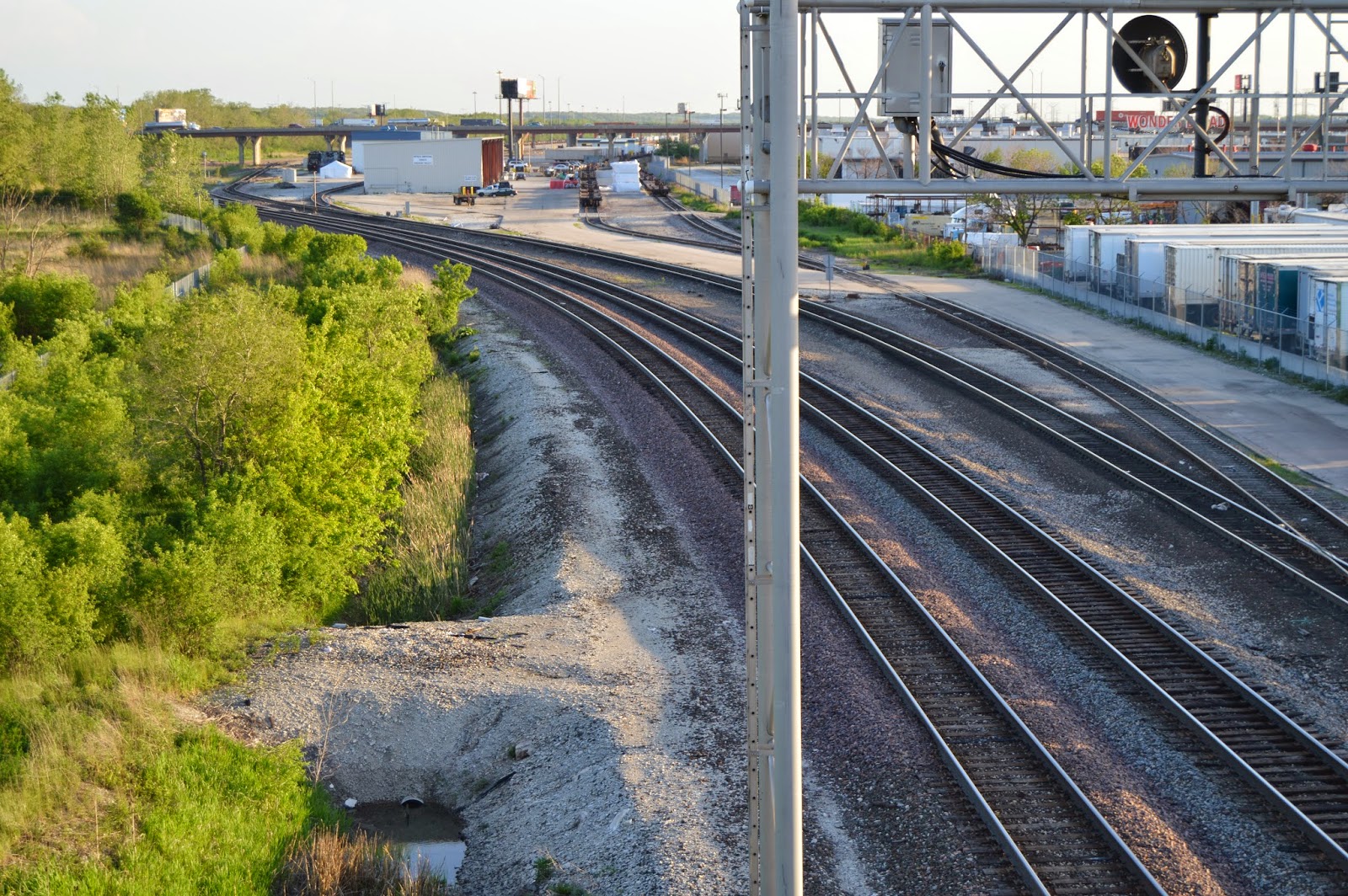 The overpass in the background carries US Routes 12, 20, and 45. As I left the bridge, I noticed that I could see the Willis/Sears Tower from the bridge. This view was in a SEbE direction from the bridge.

River Road does not have an outlet even though there is no sign indicating this. It terminates with: 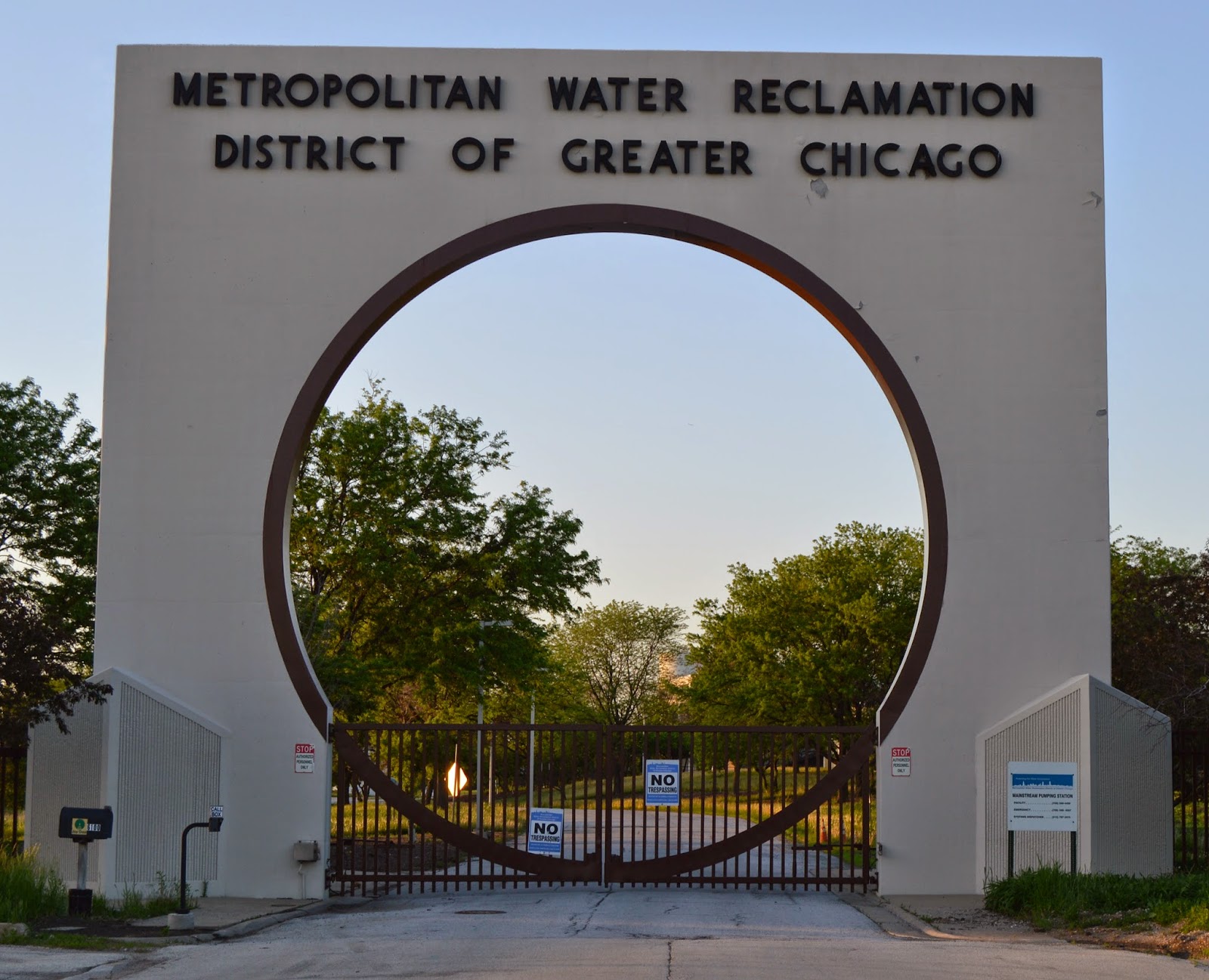 When I got back to SantaFe Drive, I continued eastbound to see where it comes out. Traffic was backed up because the train crossing gates were down. But that train had passed because the gates went up. But when I got to the crossing, I noticed the train was parked off to the side so I pulled into a parking lot and got:

The train consisted of covered hopper cars for as far as I could see. By the time I got back into the car to leave, it had started up again and went across the road a few car lengths. And then it backed up so that it cleared the road but not far enough to allow the gates to go back up. And then it went forward and back again. So this was doing some switching maneuvers of a few car lengths with a long train. I'm not posting any more pictures because the sun was even lower in the sky and they are even worse. Being a lowly yard switcher would explain why the lead unit still has its BN paint scheme. Even most of the home-road freight cars that I have seen are painted BNSF. Looking at the map, this crossing is a spur off the mainline leading to the yard whose end is visible from 75th street. I had noticed the yard when I drove by looking for someplace to park.

The BN paint scheme has upped the priority of getting GIMP to see if I can adjust the brightness.

Posted by Dennis DeBruler at 10:16 AM