On my way to see Hidden Lake Forest Preserve, I took IL-53 under the I-88 tollway overpass and noticed that it was decorated. So on the way back home, I pulled off the road to take some pictures of the north side.The words across the top say "Welcome to Lisle - The Arboretum Village." The next stop light north of here is the entrance to the Morton Arboretum.


The retaining wall on the left extends quite a way because of the exit ramp to IL-53:

The leaves decoration is worthy of a closeup:

And if I turn from facing South to facing West and walk over to the fence, I see a lake in the Morton Arboretum: 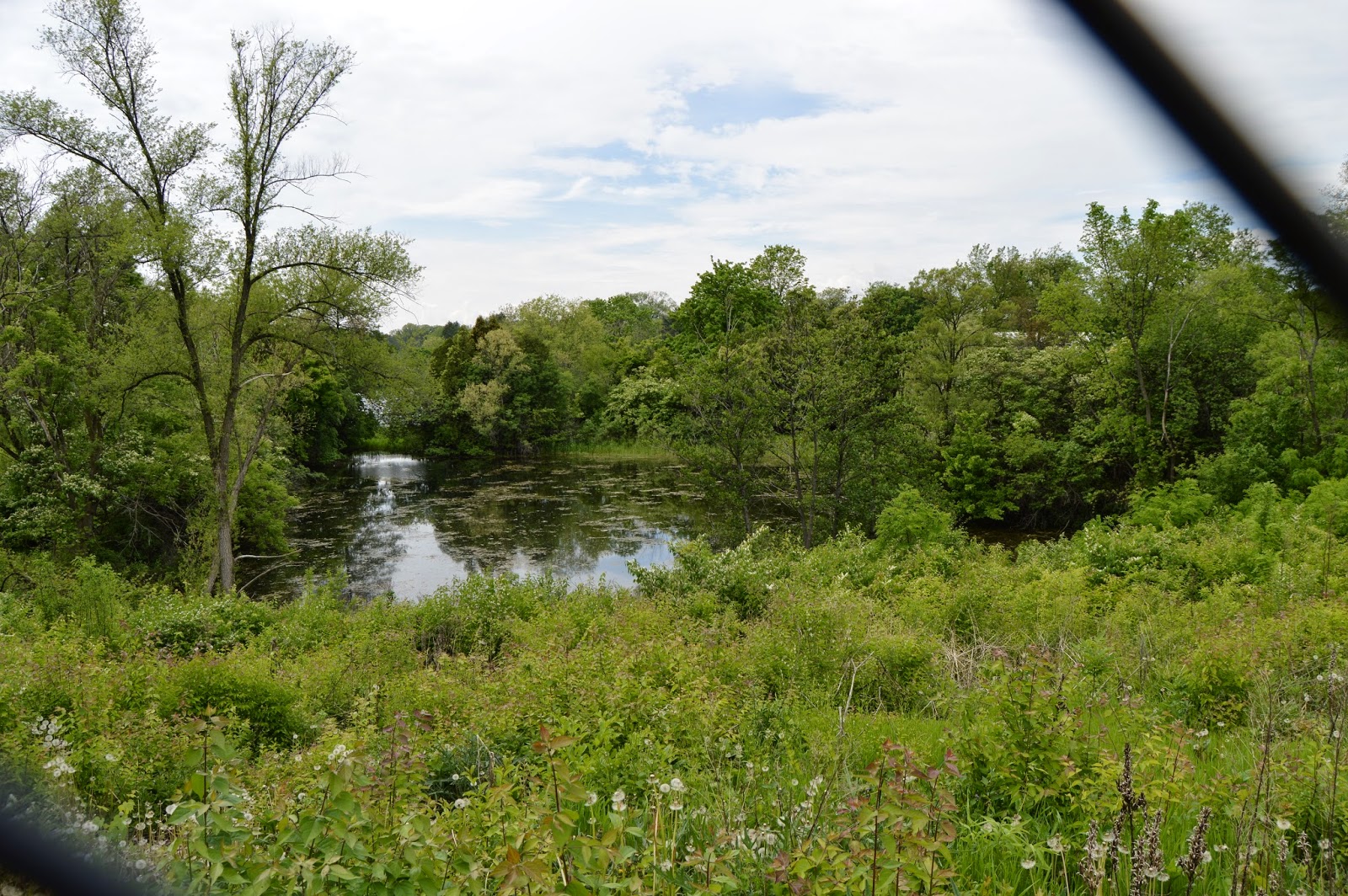 I wasn't planning on taking a picture of the south elevation because the roads in DuPage County are not pedestrian friendly. But I noticed that I had a clear shot while stuck at a stop light, so I was able to get a picture. The text reads "Welcome to Morton Arboretum."

To go home, I would turn left on Warrenville, but since it rained the previous night I turned right (West) to check out the height of the East DuPage River. I used to cross this bridge everyday during my commute to work, and when there are floods in the area, the water is out of its banks. Today, the river is high, but still within the banks. 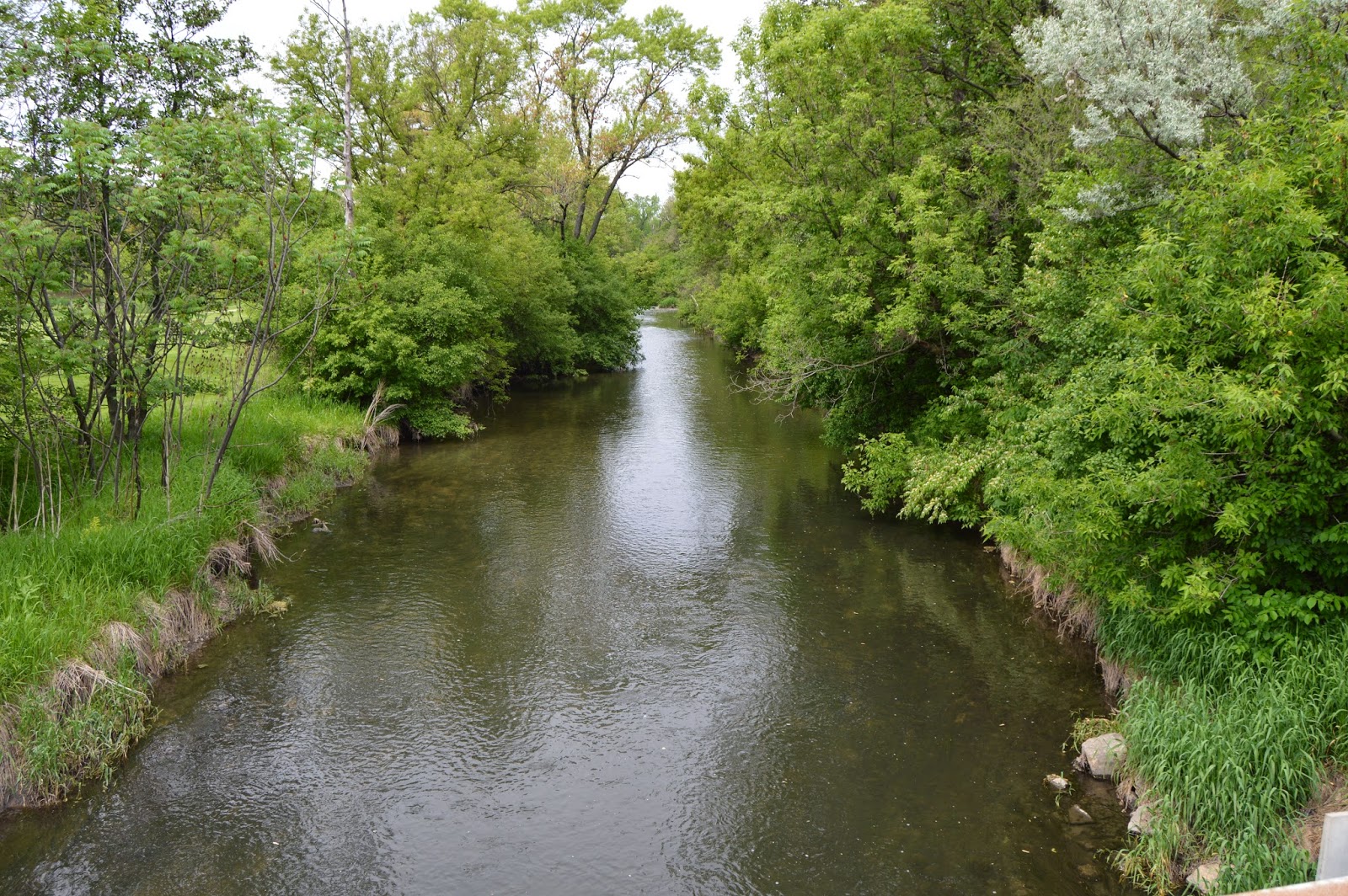 I took a picture to the West to remind me that there is a non-trivial hill here. I don't think it is because the East DuPage River has carved a flood plain because there is not a hill east of here. I wonder if the hill is because of a moraine.

I had to walk under the I-88 overpass over Warrenville from the Hilton parking lot on the other side so on the way back I got a picture.

Note that even the regular retaining walls are decorated with a stone appearance. They rebuilt this bridge when they added the fourth lane to the tollway. And as part of that rebuilding, they spanned 4 lanes on the right (eastbound) to have two left-turn lanes onto IL-53 which leads to the entrance ramp to I-88. It took them two years to do the rebuild and, because they moved where the center pier was, both directions had only one lane, even during the winter. They are normally very good around here when planning road projects to make sure they have the road back to full capacity during the winter months.

This construction was the reason why I started working from home. The traffic jams caused by having just one lane open was more than I wanted to deal with. And by the time they got the bridge done, Alcatel-Lucent had decided that I was one of 600 employees that did not need an office.

On the way back to the van, I sat down to catch a picture of the overpass beams. 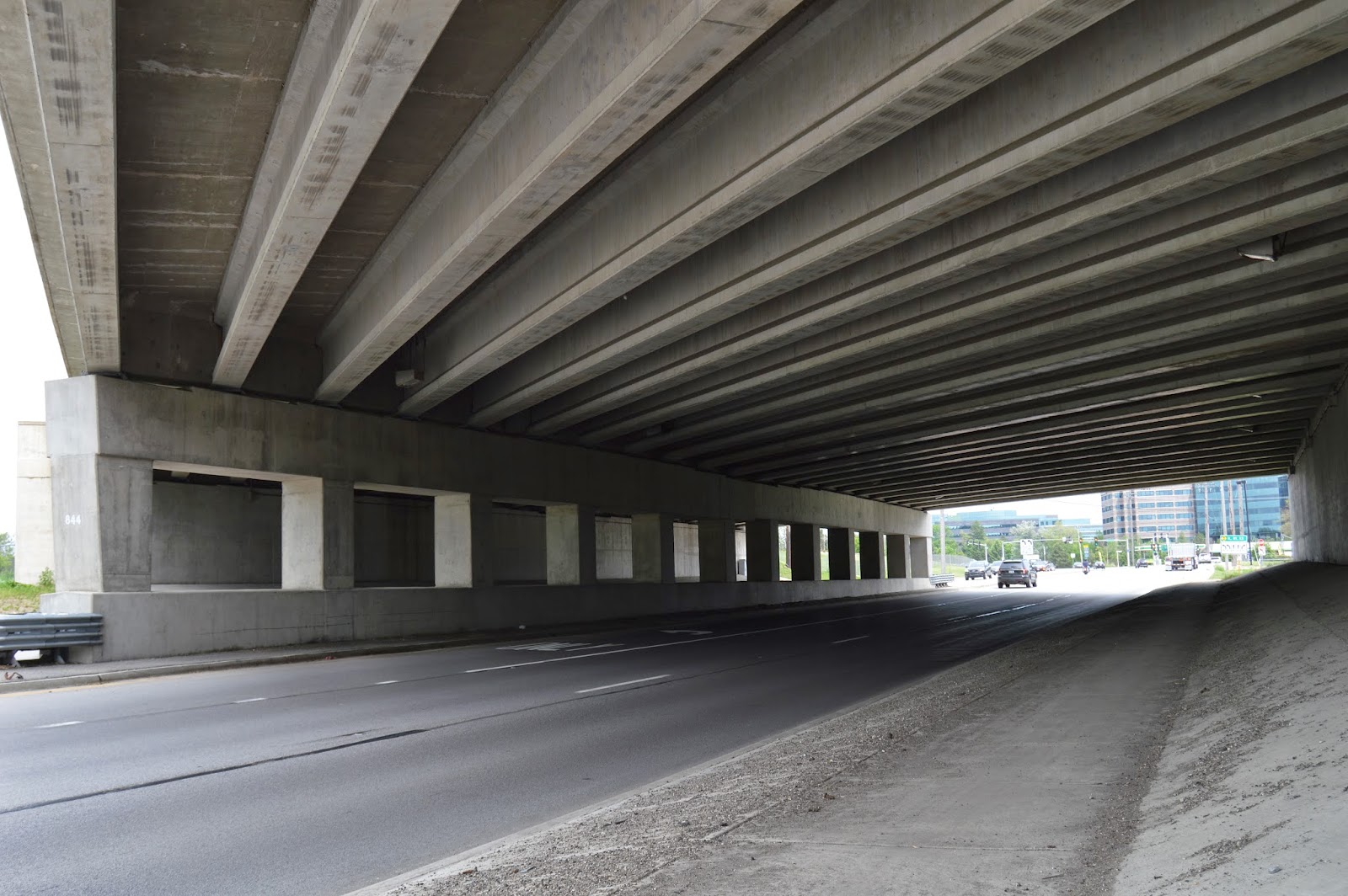 Posted by Dennis DeBruler at 4:46 AM