(Satellite)
A few blocks south of Route 7 along Canal Drive in Lockport is Lock #1 of the I&M Canal. Below is a view of the upstream, or north, gate ruins. You can see the notch in the wall where the gate would set when it is open.

The lock tenders bridge is currently used by a trail so it was easy getting a picture of the "insides": 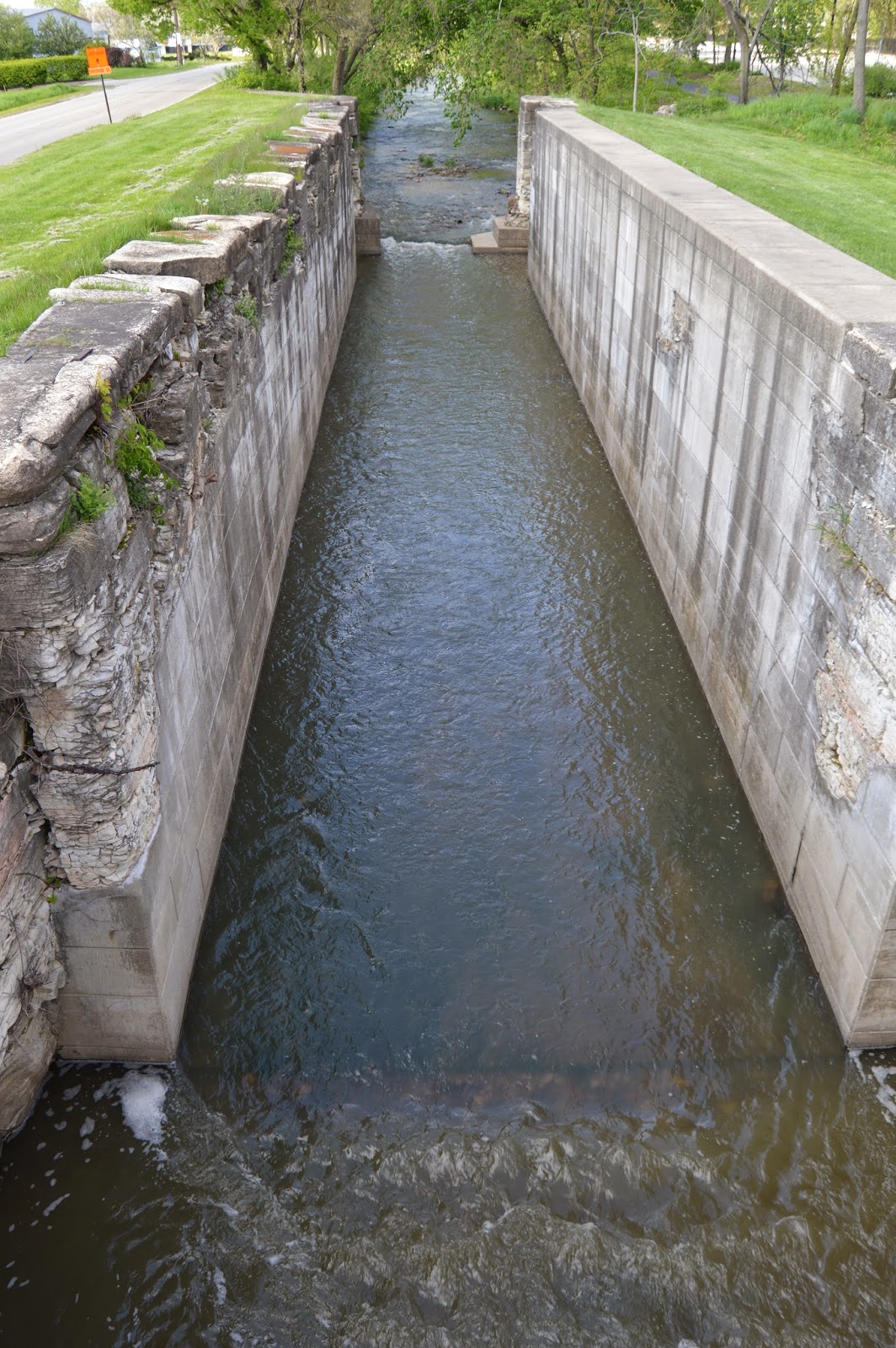 It looks like they had to rebuild much of the lock. I'll have to find my 1970s pictures to see if they show the original walls.

The view of the downstream gate shows a couple of kids fishing. 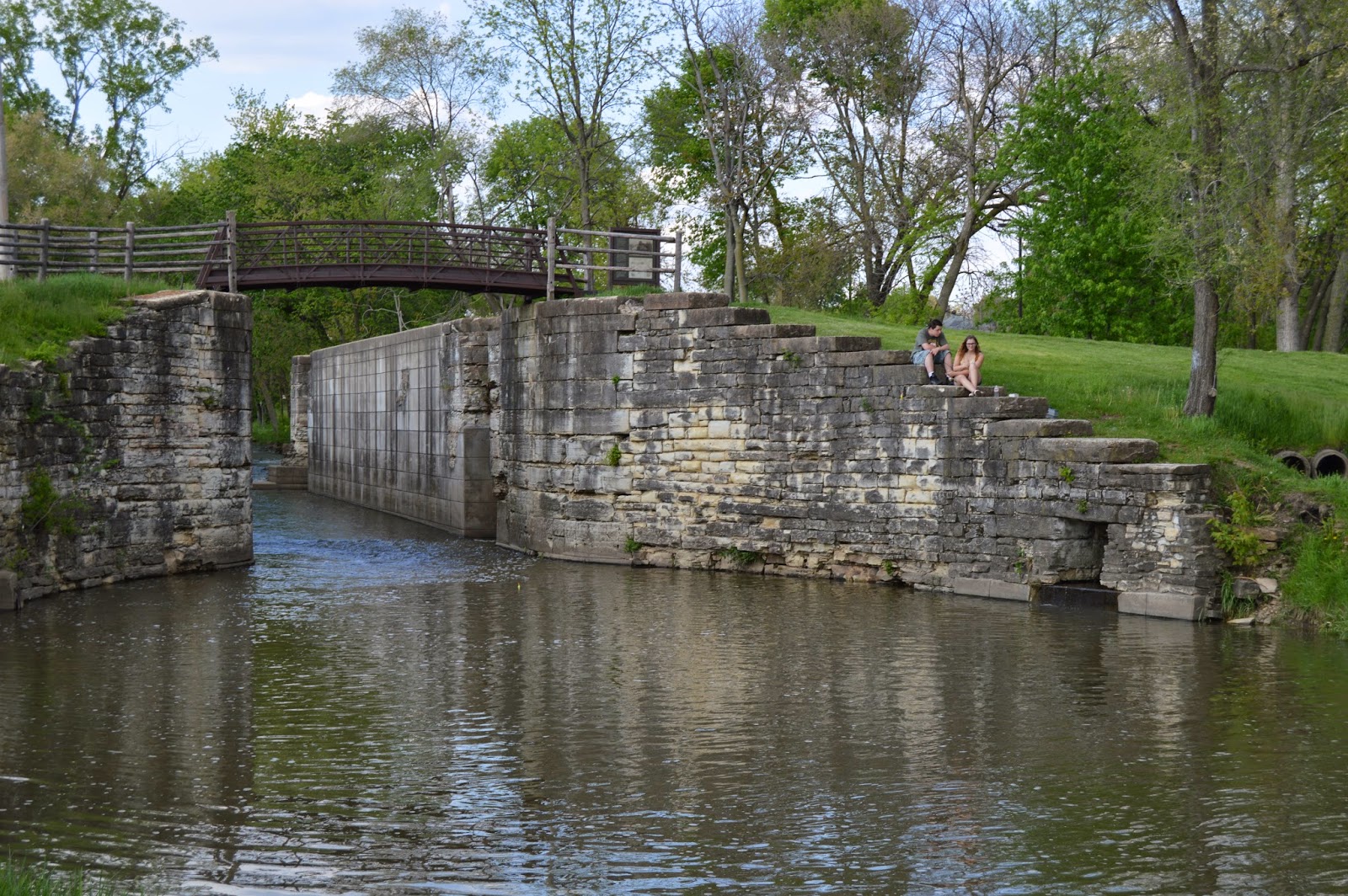 They did catch a fish near the end of my visit. 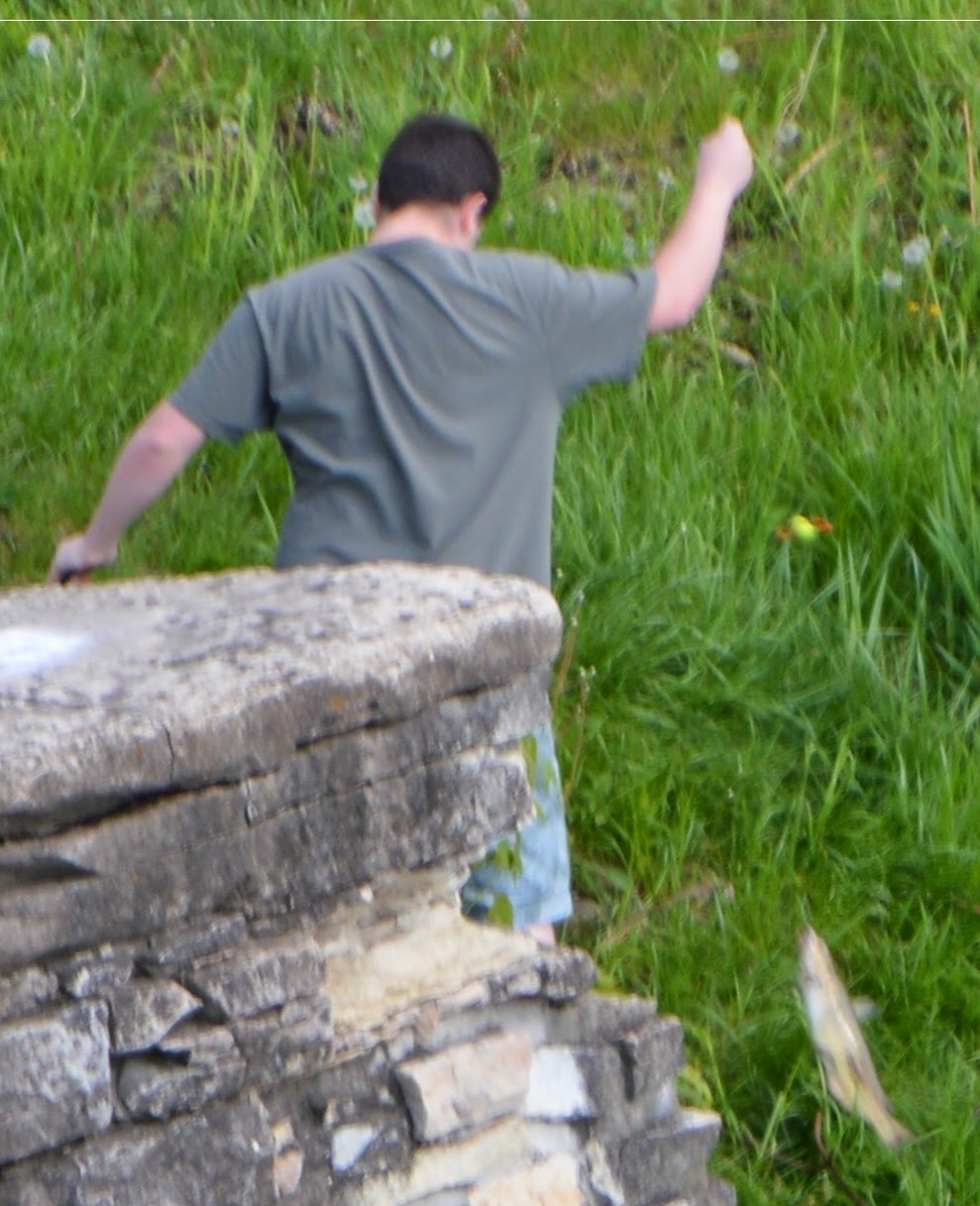 From the bridge is a couple of closeups of the southwest gate. 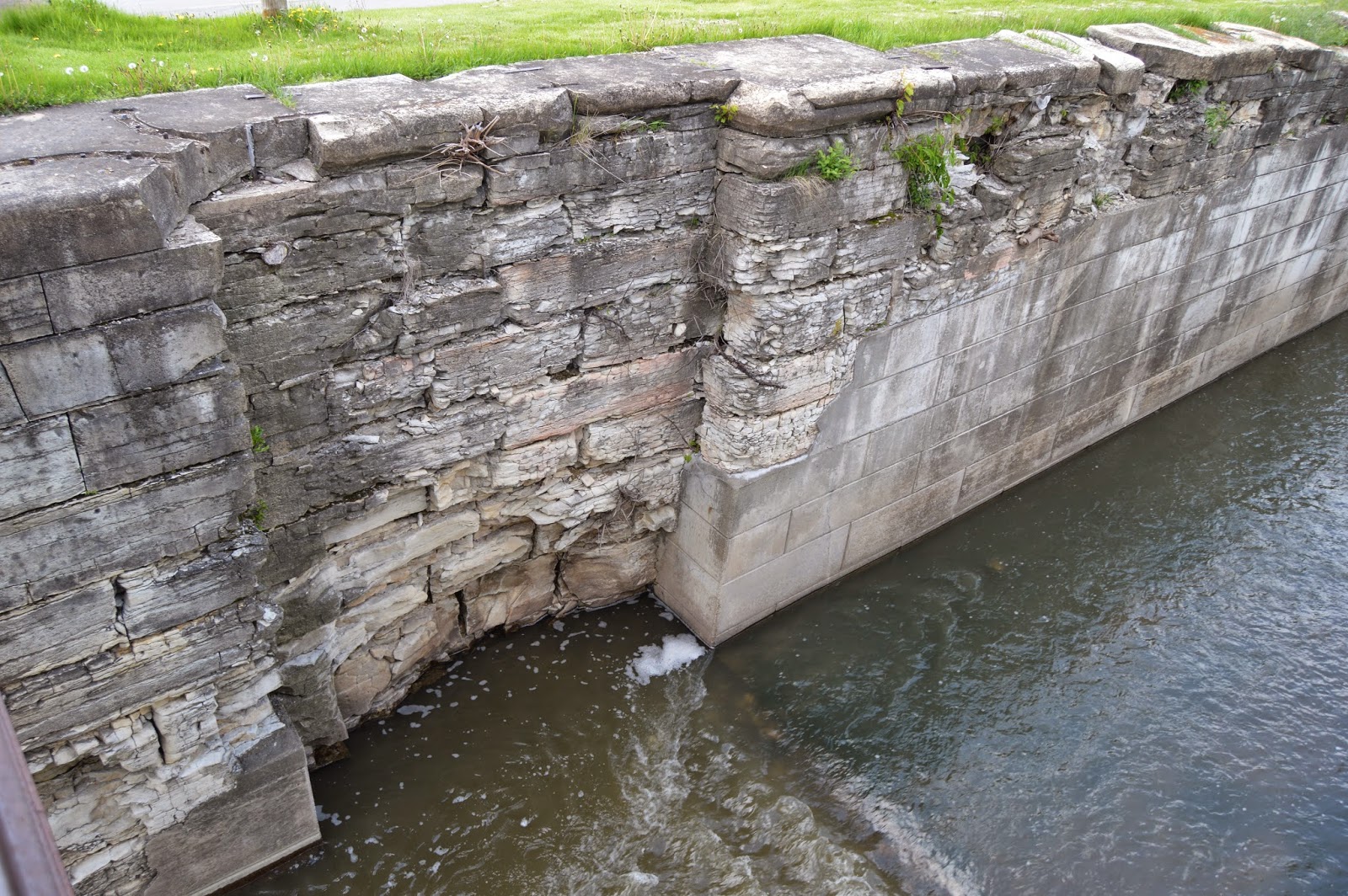 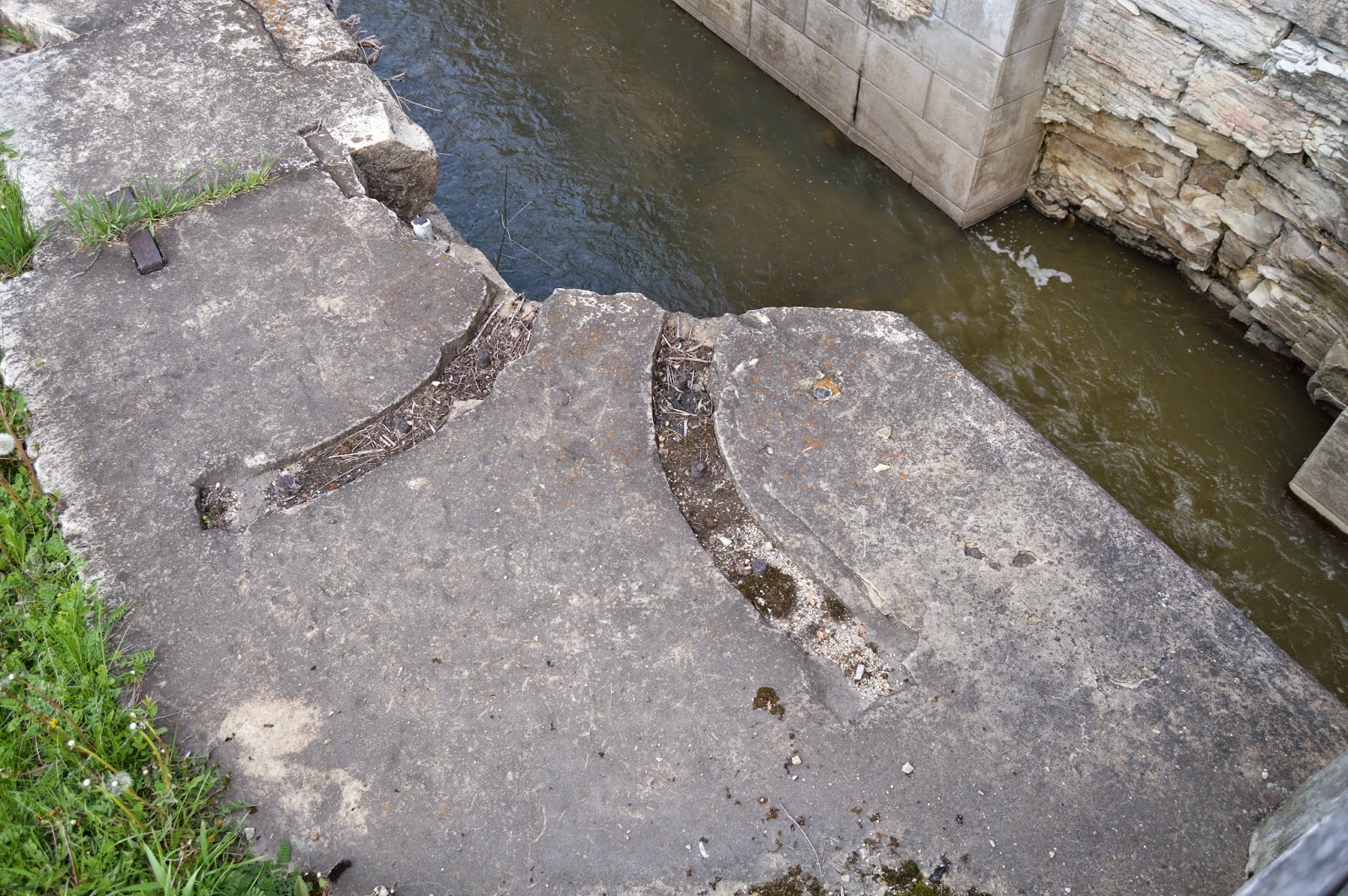 For the following view, I stepped away from the lock and included the surrounding land so that you can see that much of the drop happens within the length of the lock. This significantly reduces the amount of levees they would have to build on the upstream side and/or the depth they would have to dig on the downstream side. 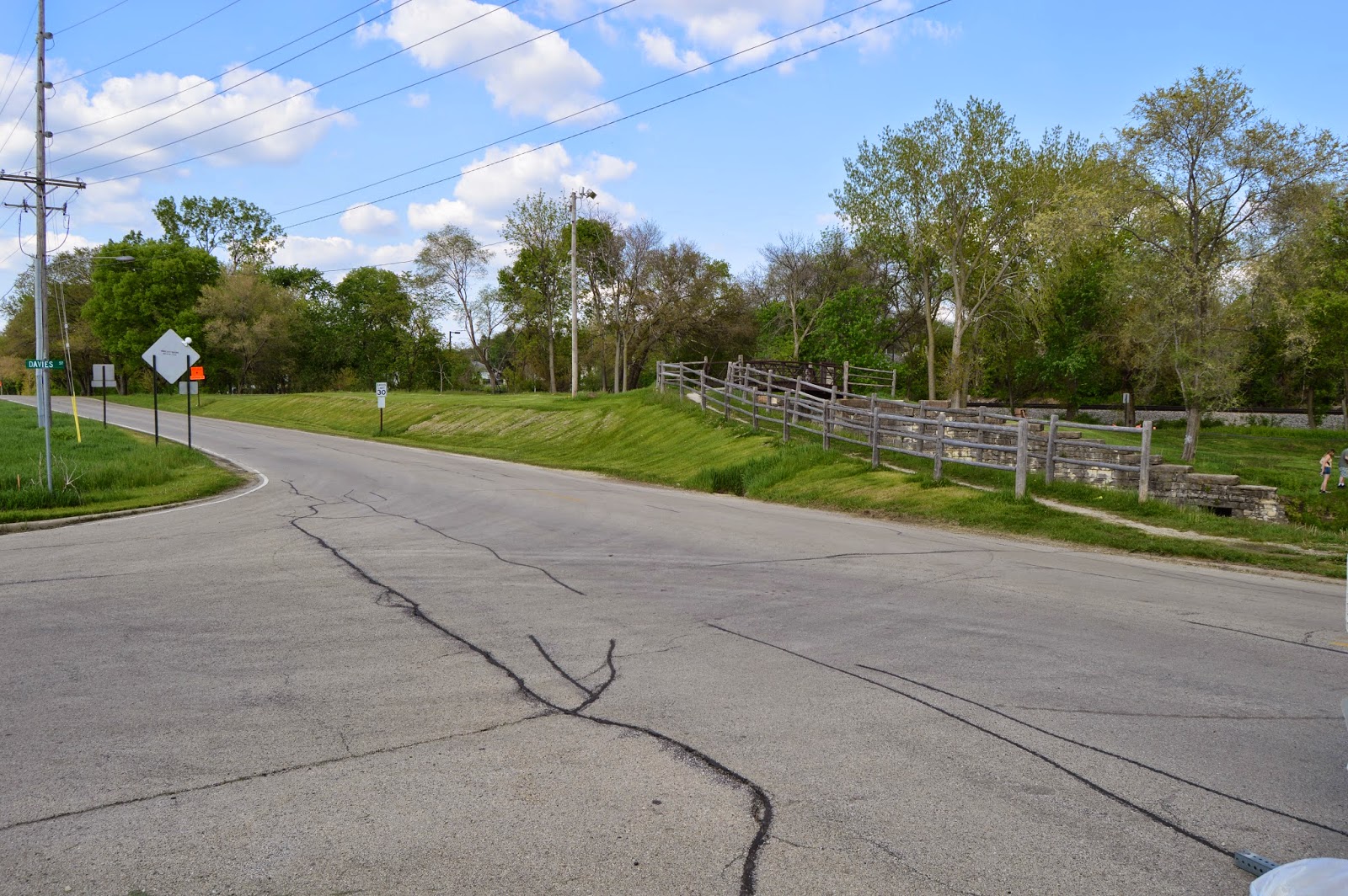 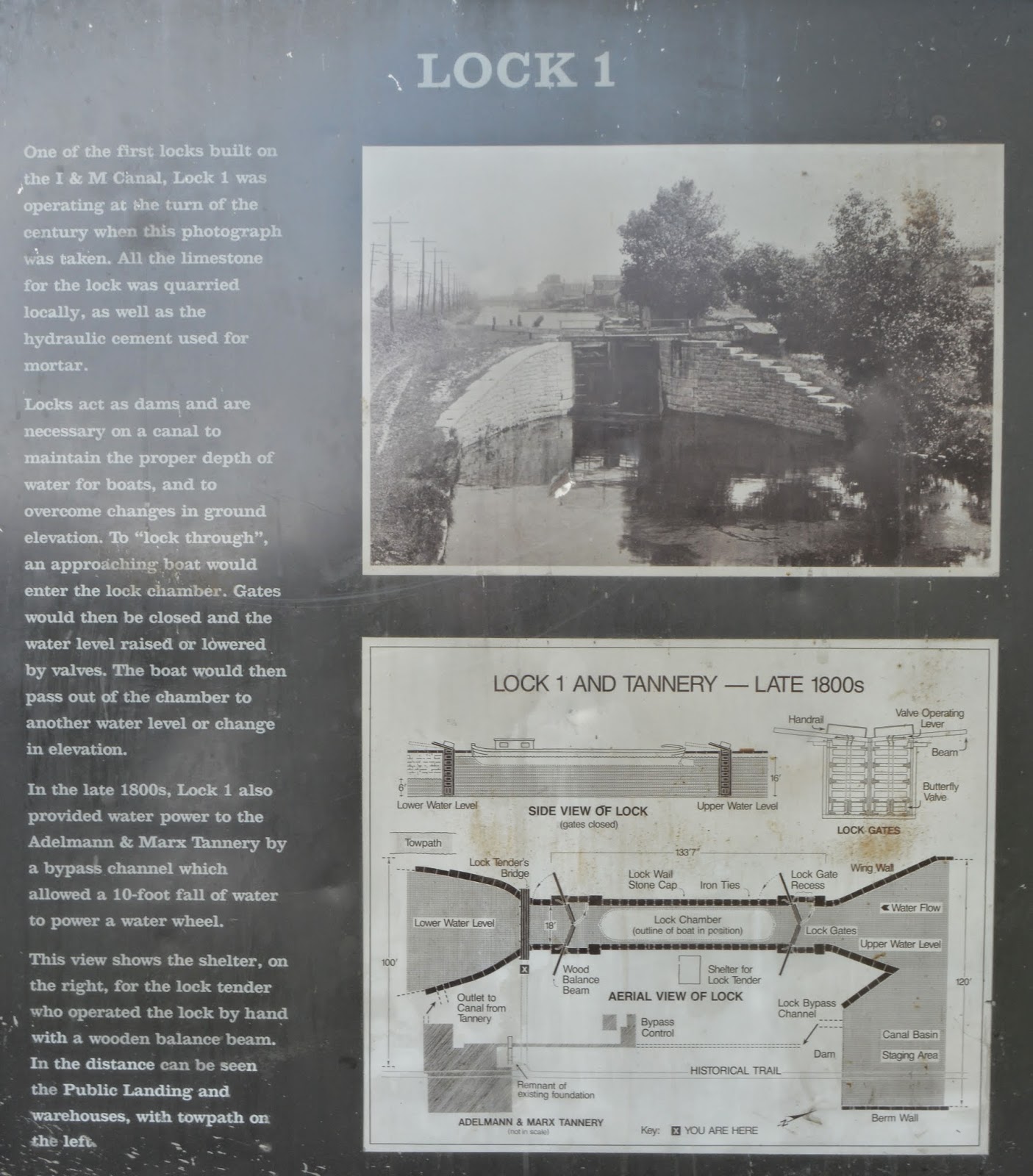 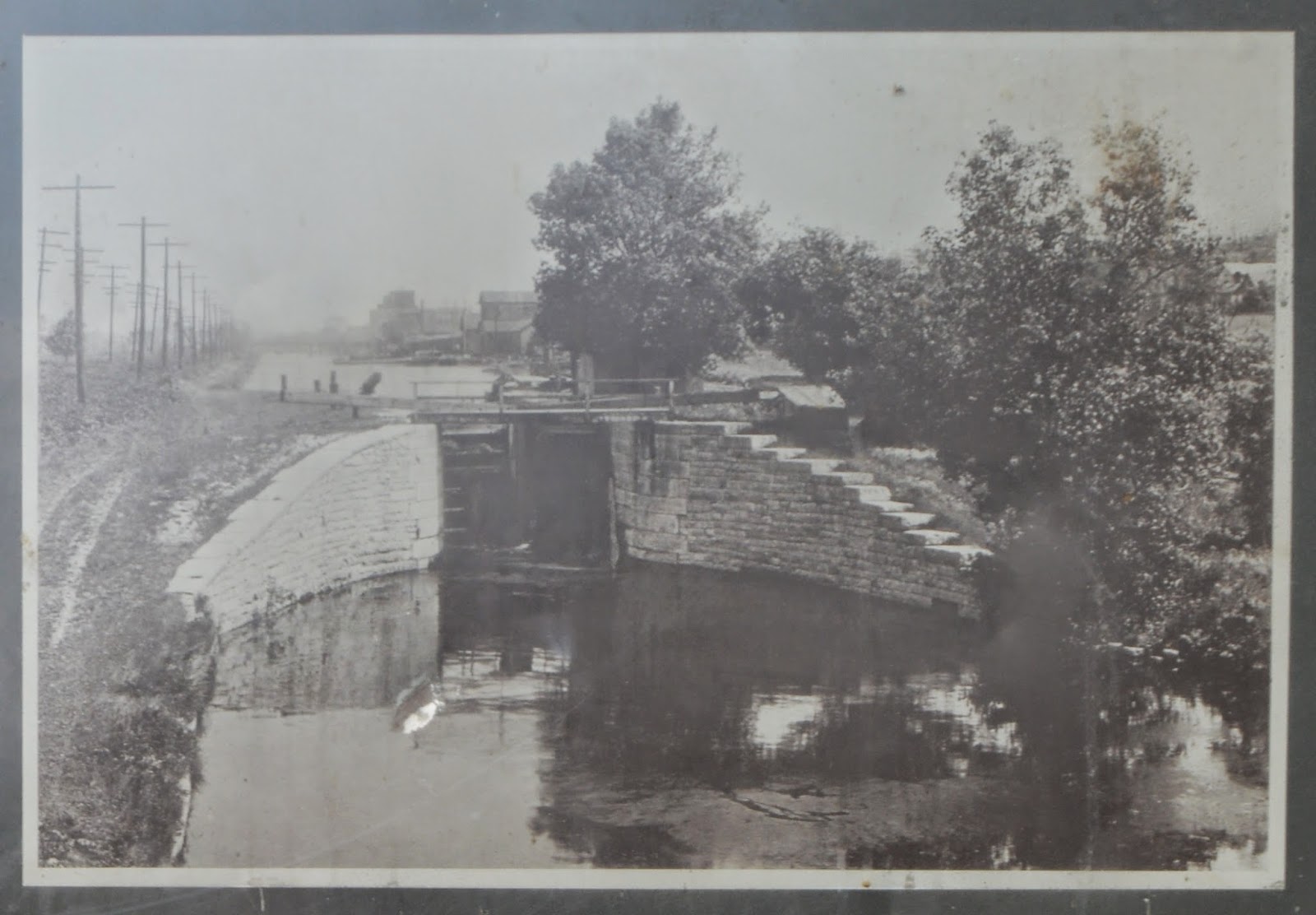 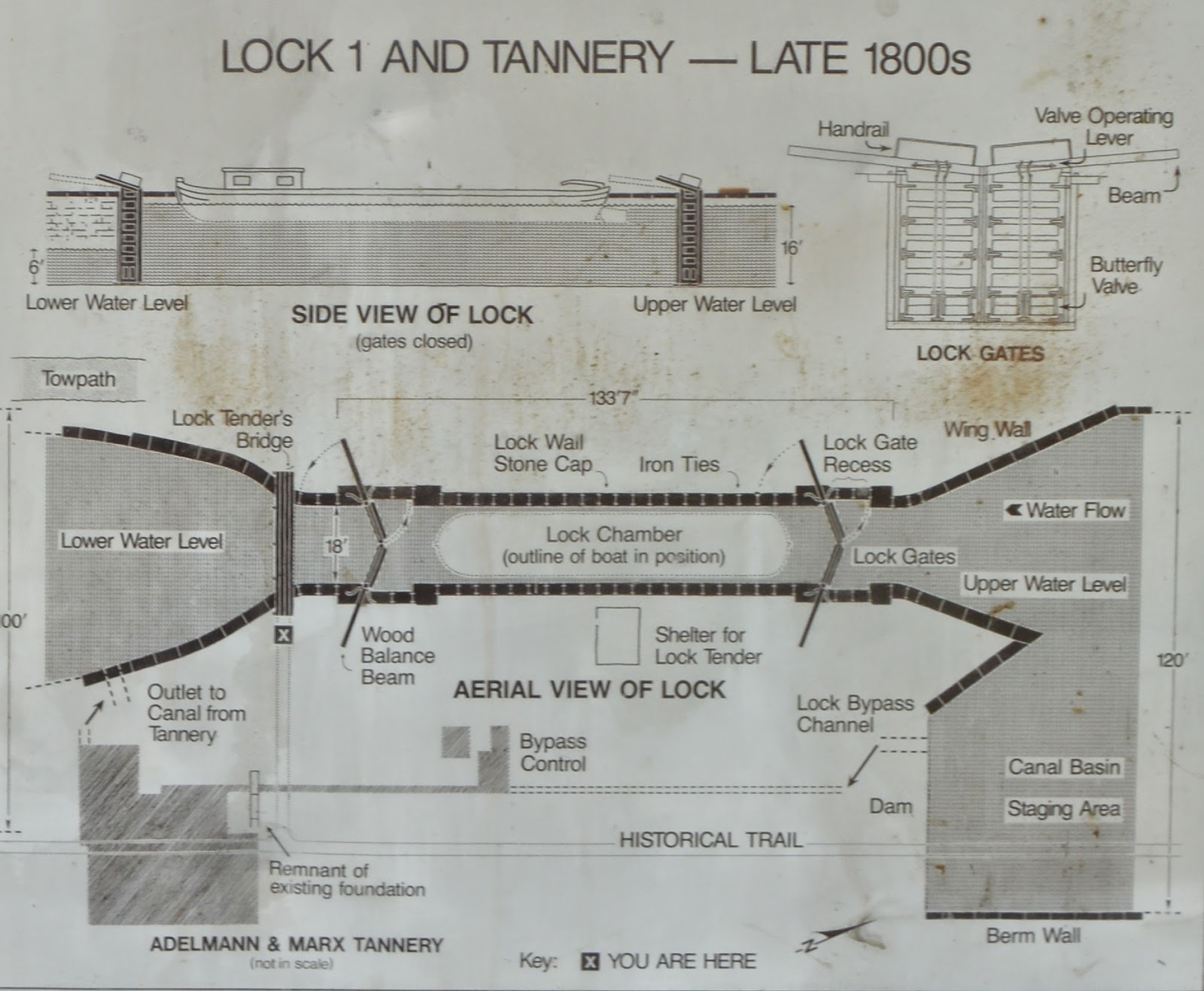