(Satellite)
(Update: a duplicate post)
One of the things that impressed me when I first visited Chicago in the 70s was how abrutly the neighborhood would change from one ethnicity to another. I'm finding the same phenomena with respect to nature vs. industry. For example, the northeast and southwest quadrants of the 135th Street crossing of the Chicago Sanitary and Ship Canal is industrial. But the northwest corner is part of a Forest Preserve...

... and the southeast quadrant also has a bunch of trees.


Later that day I was taking 75th Street east of Willow Springs road trying to take pictures of the SantaFe Intermodal Yard in that area, I could not find a good parking spot. So I ended up going east on SantaFe Drive and found River Road. I turned right on River Road, crossed a new bridge, and found: 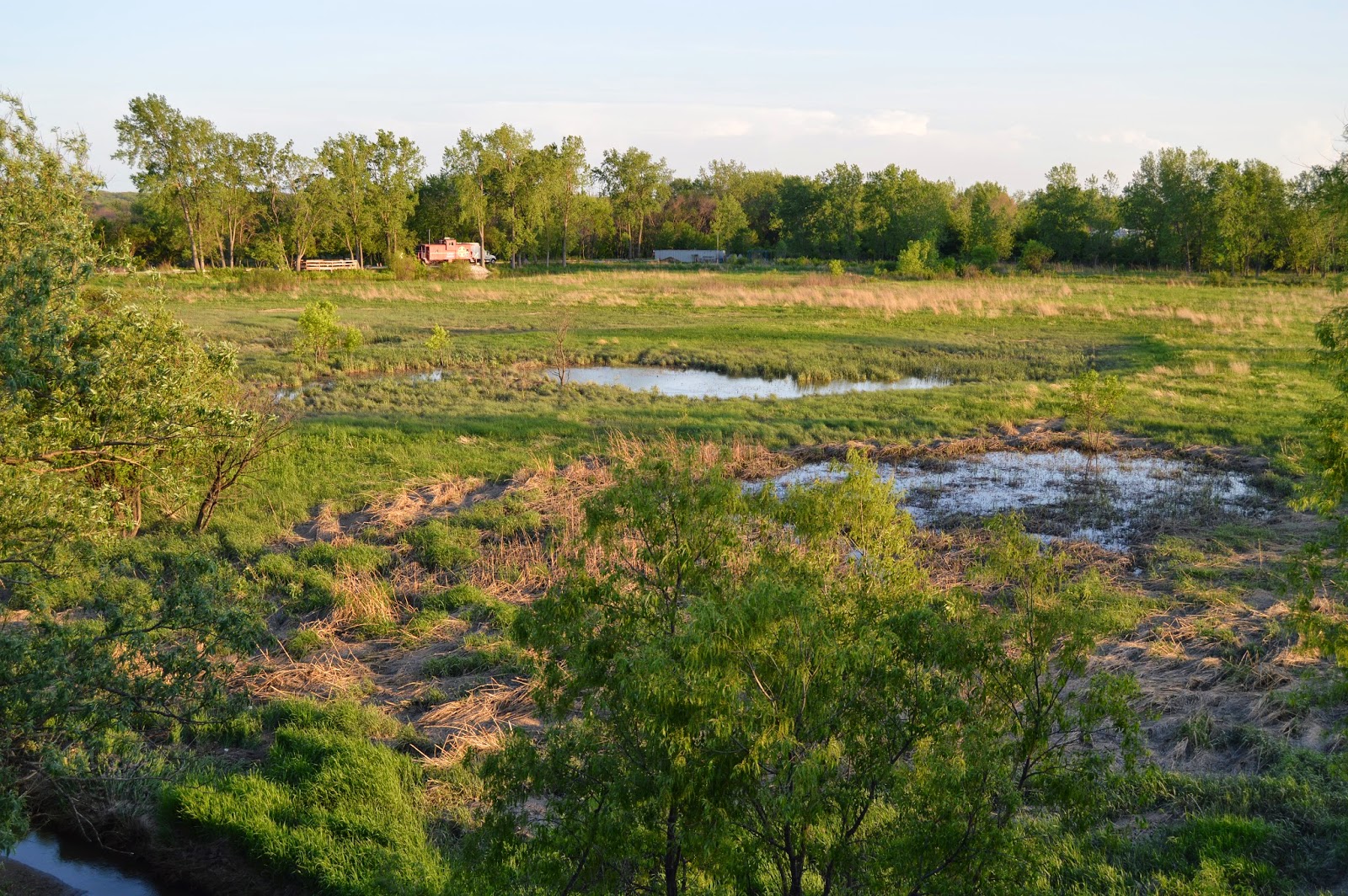 As an added bonus, the little red blob in the background is a SanteFe caboose on static display.

I have exceeded the limits of digitally zooming when trying to read the reporting marks. But you can clearly see the old SantaFe logo and the overhead coupala.

Before I got here, I turned south on Willow Springs road when I should have turned north, and I drove through a lot of forest preserves before I found a place to pull over and read the map. Thus I saw more "nature" on this trip than I had attended. 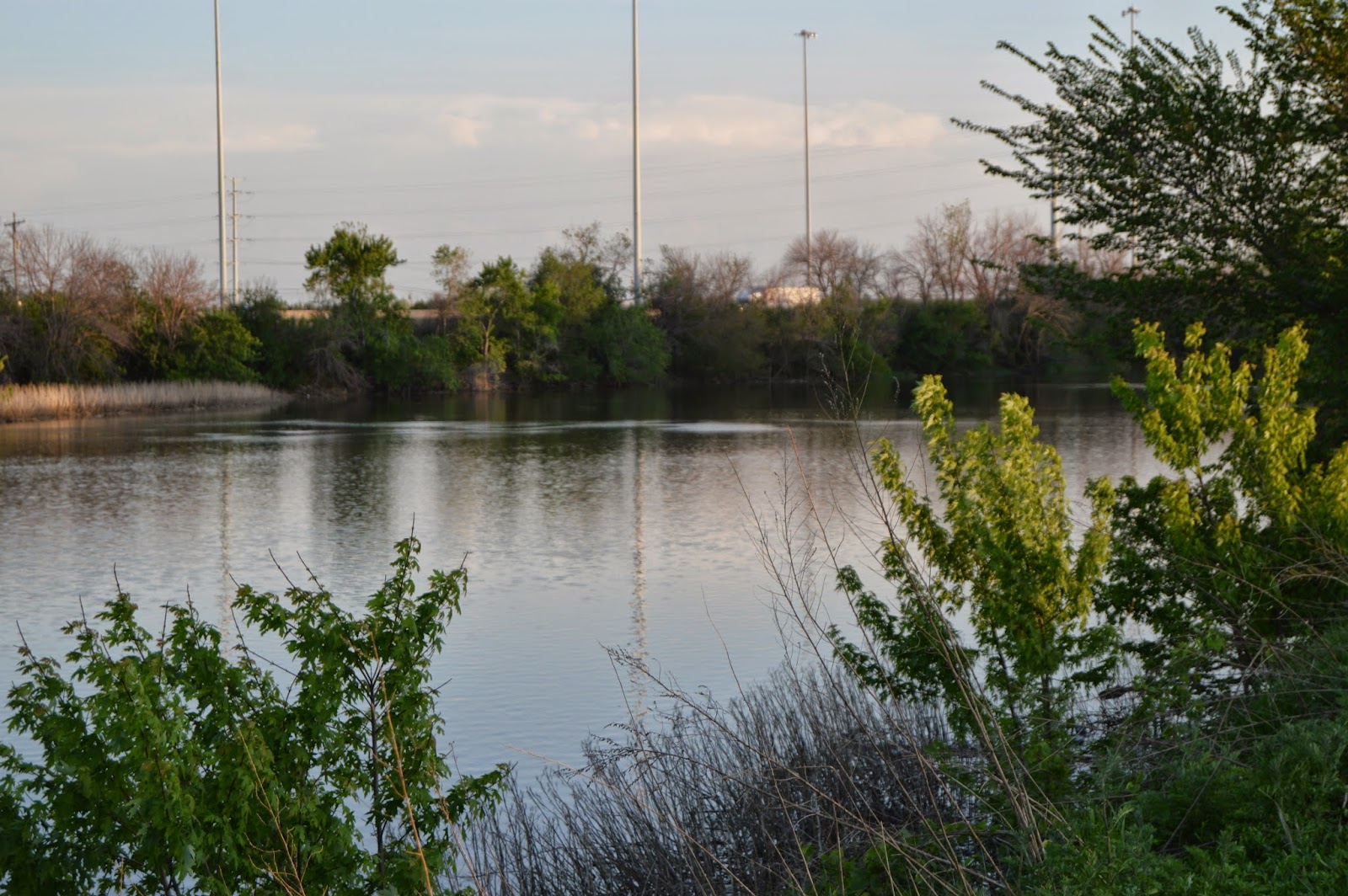 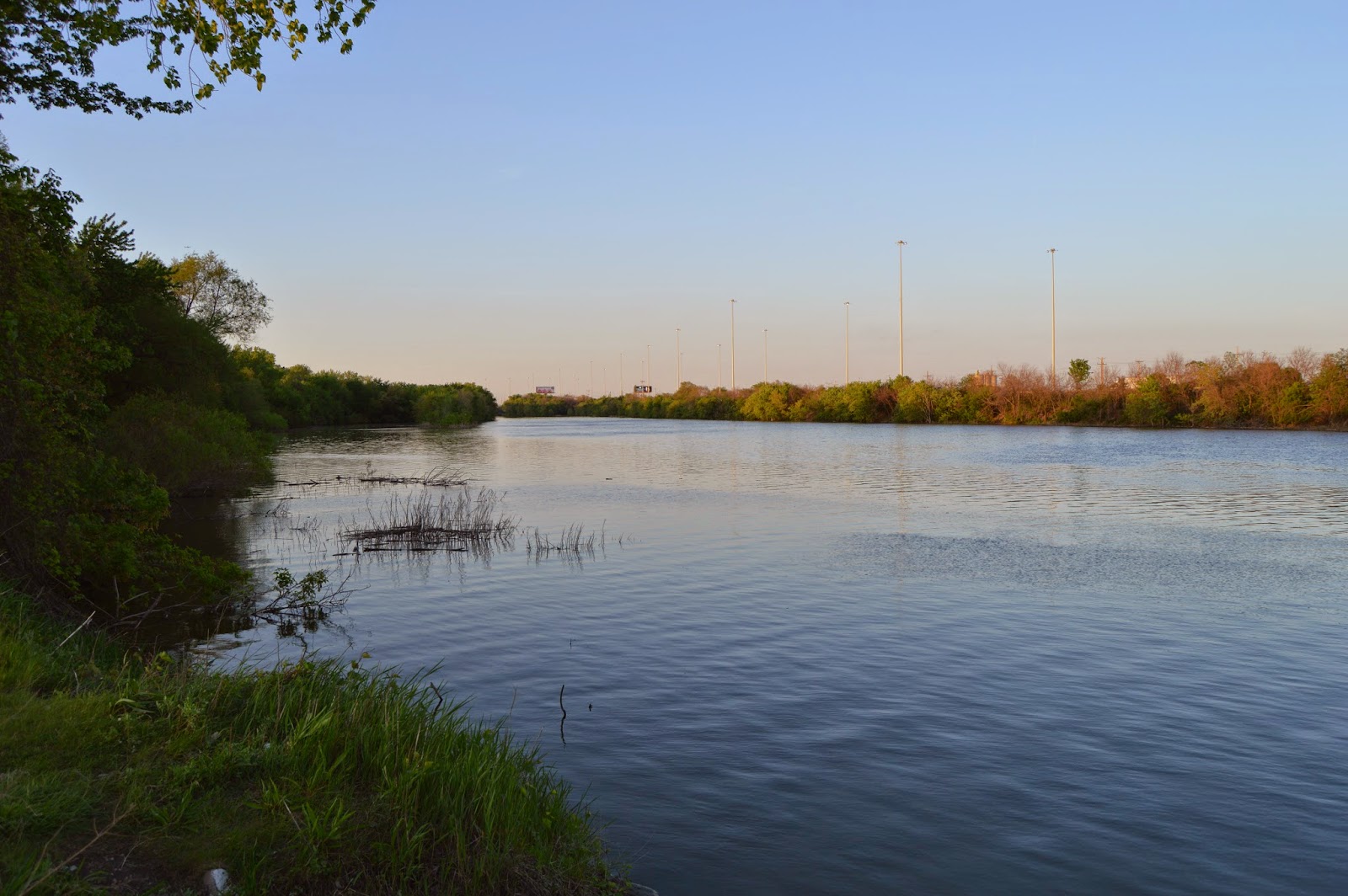 ...and across the river so you can see the trunks of trees covered with water because of the thunderstorms. 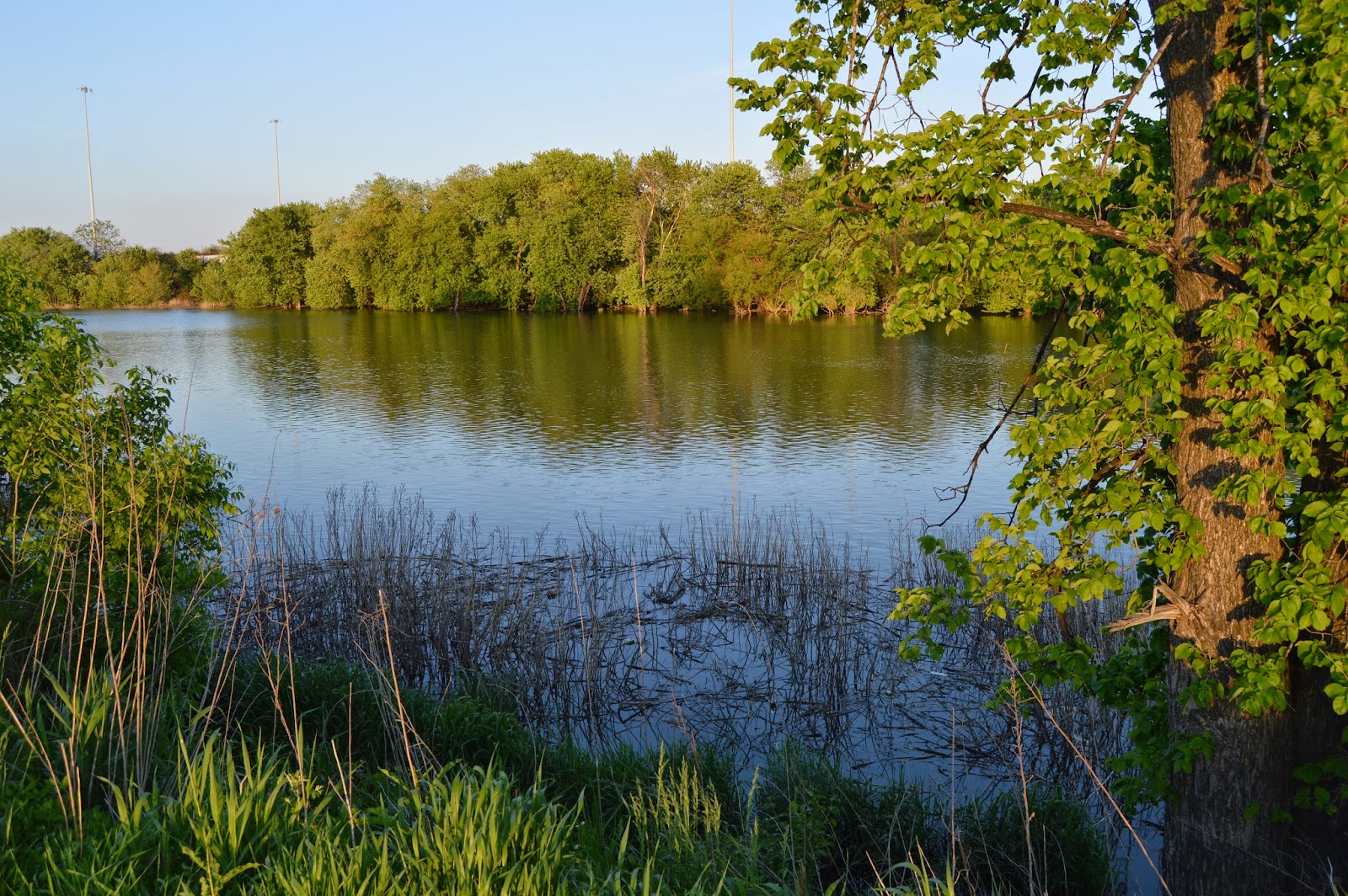 On a later trip to tour the McCook Reservoir, I stopped on the way home to take photos of the caboose. They had quite a few interpretive displays along the road. 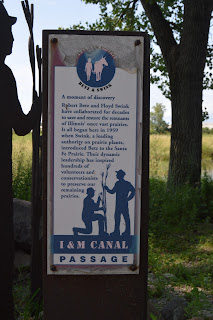 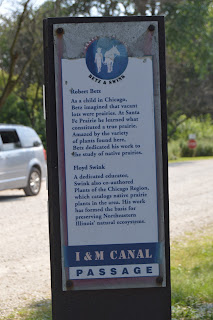 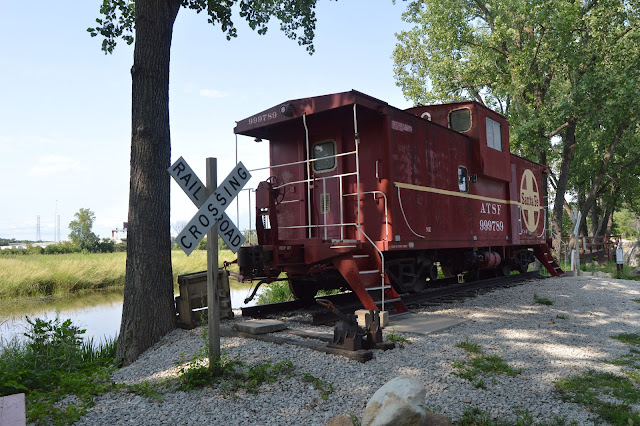 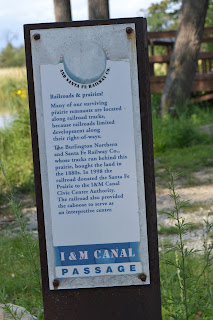 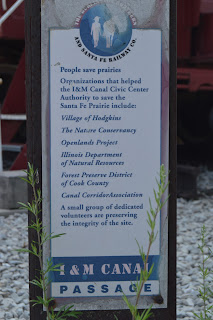 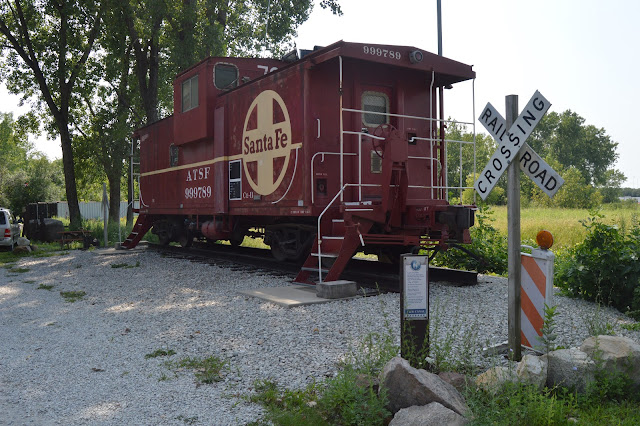 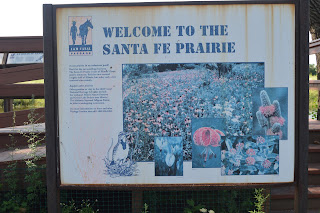 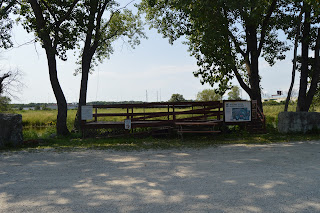 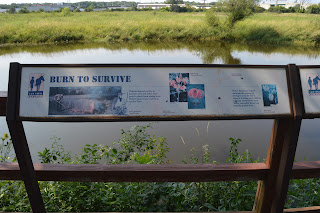 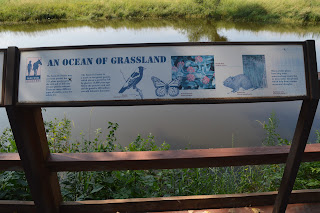 Posted by Dennis DeBruler at 3:33 AM