(IDTO: simple detailed) Lovell Kimball named the town of Marseilles and recorded the first plat in 1834. And one of the first businesses he started was a ferry across the river (Story). In 1857, Roderick Clark joined O. W. Young and Isaac Underhill and developed the land where the present business center is located today. As their first work in the early part of 1865, they built a bridge for $40,000 across the Illinois River. It was washed out by an ice gorge in February 1866, but they rebuilt it better than before (p 802). In 1885 a new bridge was built with iron and stone abutments by the contractor Mr. Barber (p 803). I'm still looking for the build date of the steel truss bridge that was removed in 1988.

It was replaced in December, 1977, by the current steel girder bridge.

John Weeks III has drive-over views and views from the canal (south) side.

This is the first span from the Marseilles (north) side.

And the remaining spans that can be seen from the north riverbank. 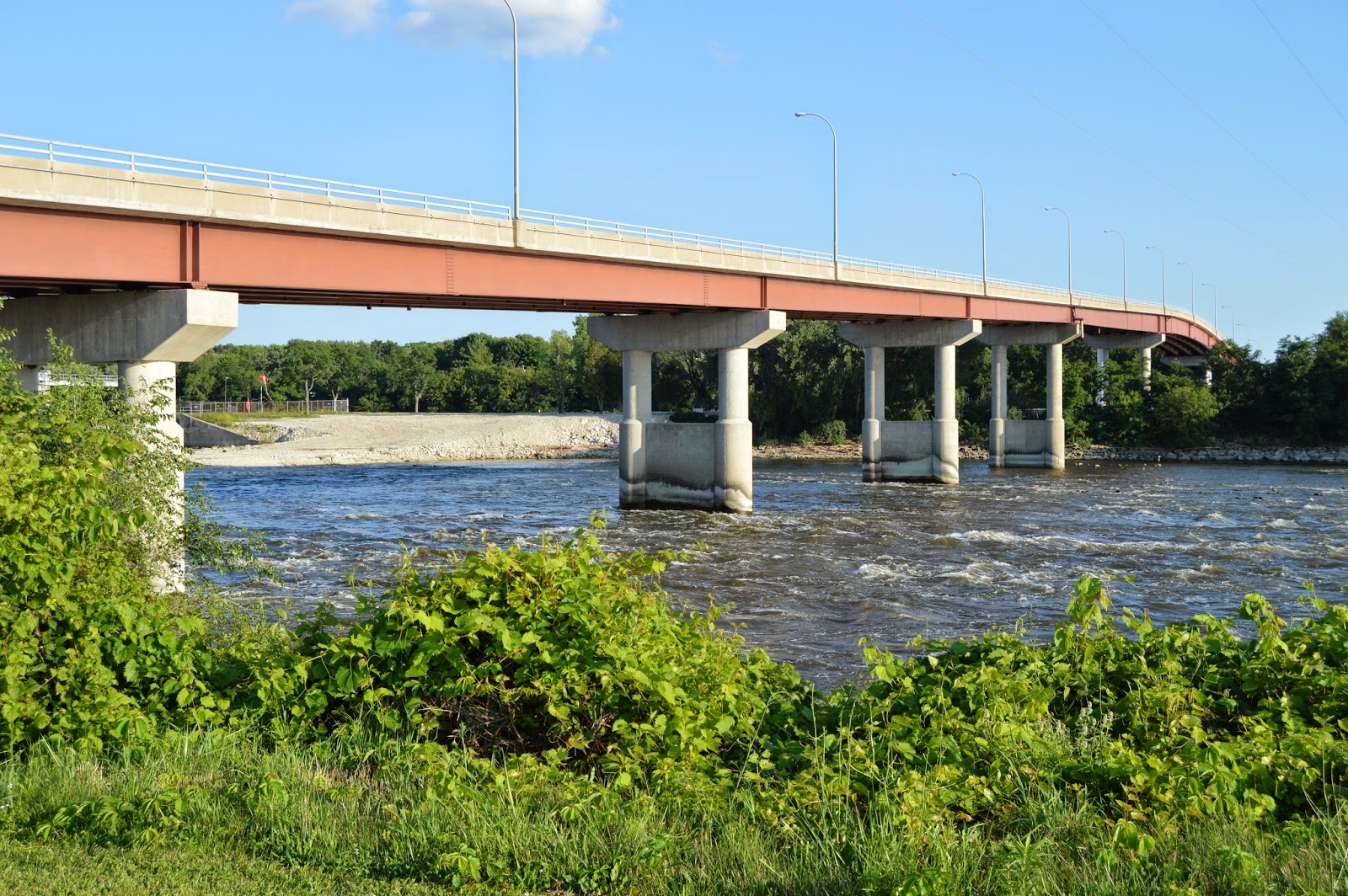 In the following view that is taken from further downstream, note that the dam has seven gates closed. The picture after that shows that the eighth gate is about half open on July 10. 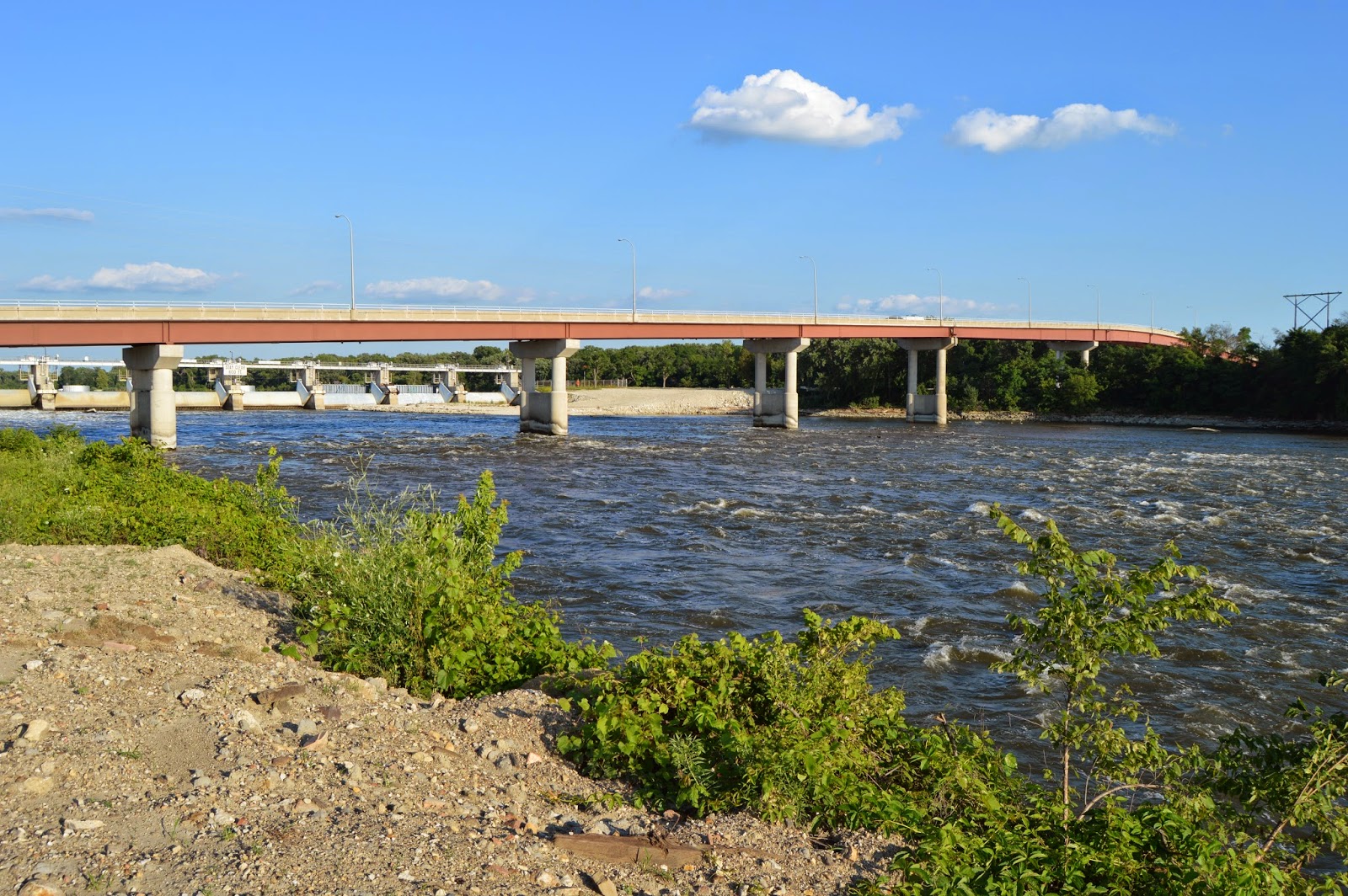 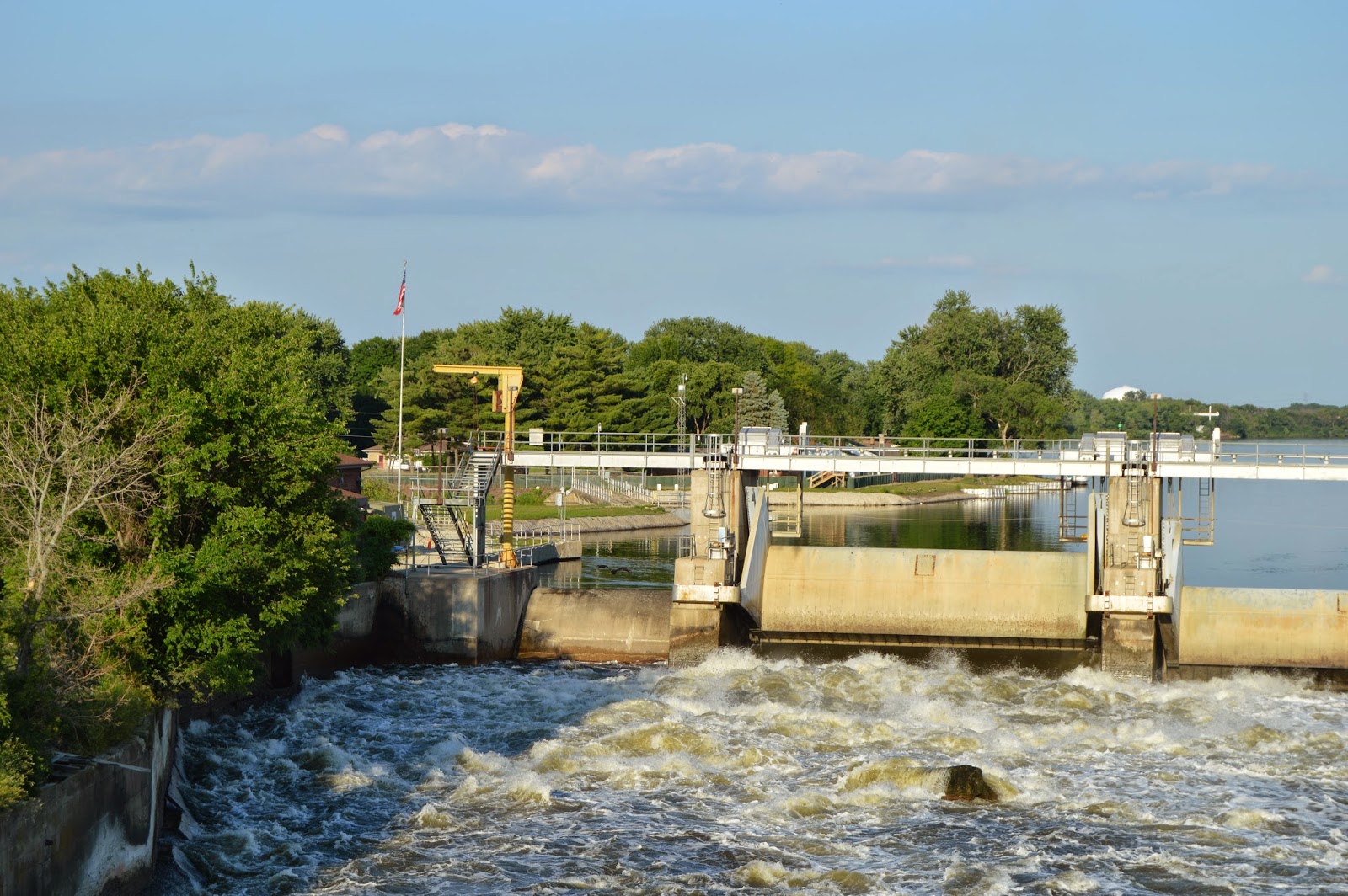 A comparable view of the river and bridge that I took on June 27. 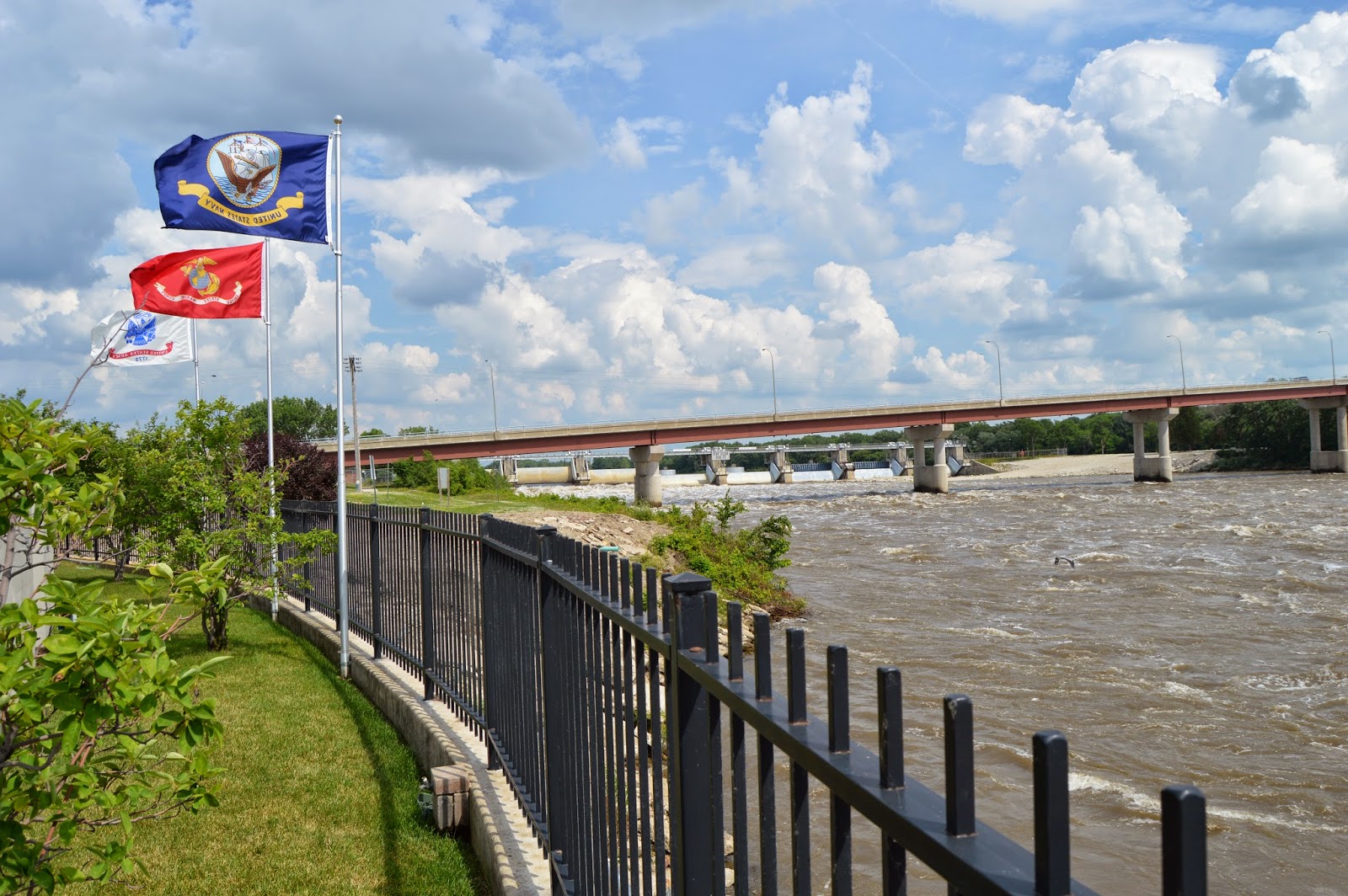 I think the "waves" in the June 27th picture are from water turbulence caused by the heavy river flow whereas the "waves" in the July 10th picture are probably caused by the water hitting rocks in the river bottom. That is, the depth of the river on the 10th was low enough that the rough surface of the rapids is being exposed. I'll have to visit again during a dry season to take another look at the river bottom. The flow on July 10th was about 8 kcfs. I did not discover the flow data until the oldest available value was June 29. And it was 25.1 kcfs.

And for completeness, the underside bracing. 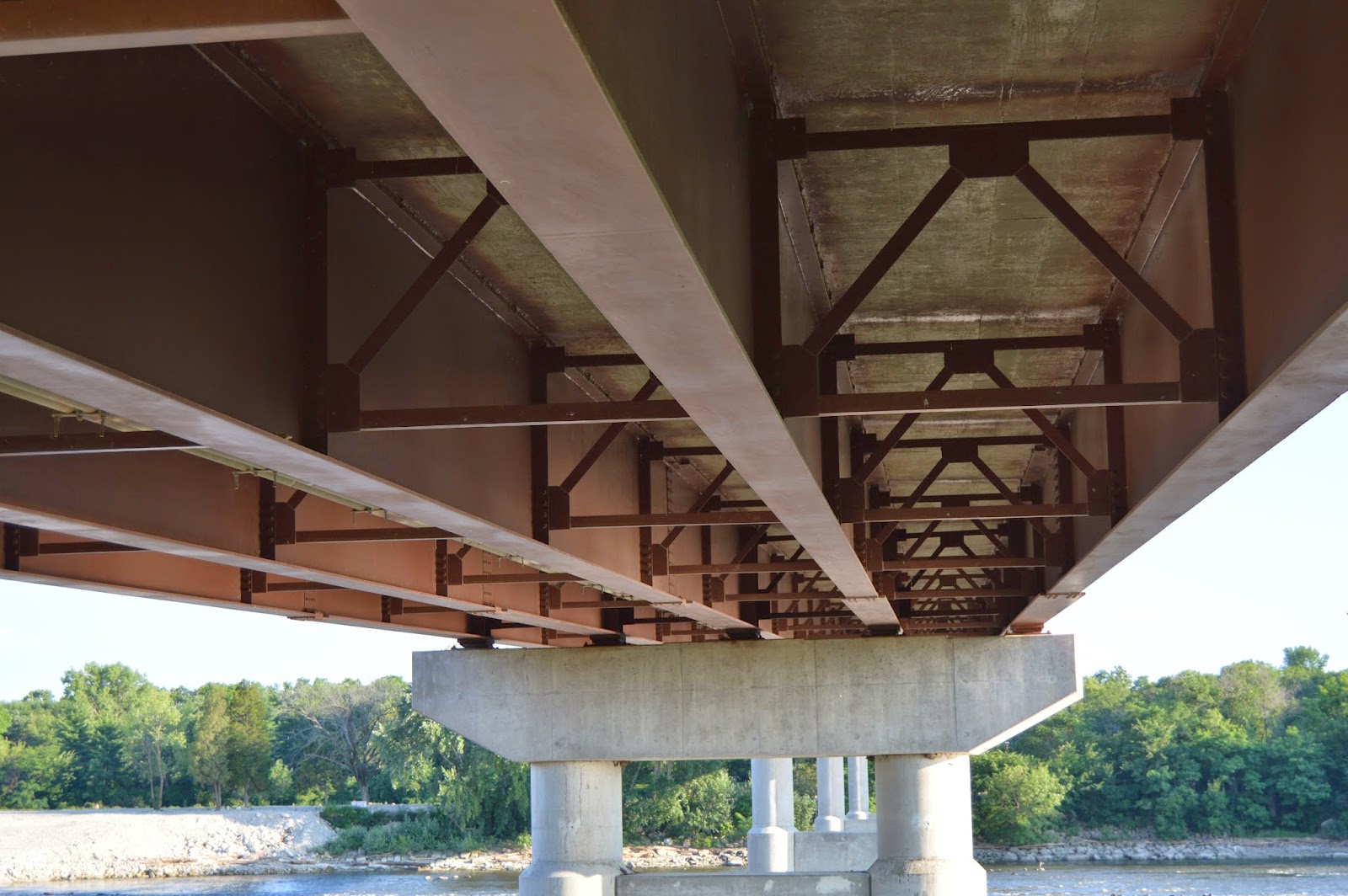 Posted by Dennis DeBruler at 10:46 PM