John Weeks III has drive-over-the-bridge pictures of the Marseilles road bridge that show the sharp curve in the roadway when it is at its summit over the canal. When I saw that curve of the road, I wondered what the beams underneath were doing. Were the segments straight, but the edges where they were joined together were at a slight angle? The following is a gross exaggeration to illustrate the concept. The red line represents the roadway and the black trapezoids represent the field assembled segments of the steel beam.

Or are the beams themselves curved?

Looking at John's first picture and my picture from the north bank, and it appears that the beams are curved. 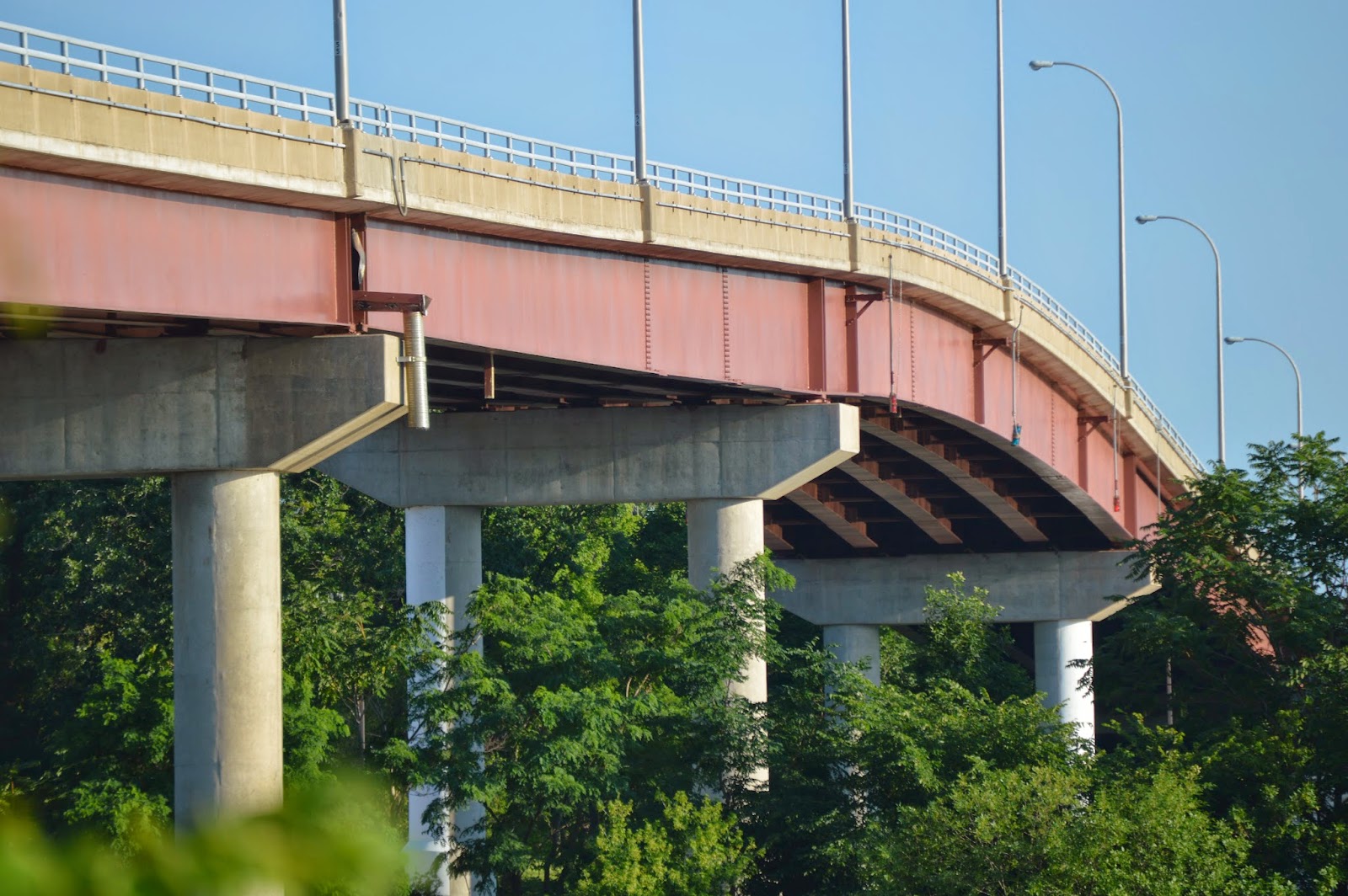 So that raises the question of how do you bend the beams? You don't just clamp one end in a vice and pound on it with a hammer like I bend most stuff around the house.

Beams that are this big are fabricated from flat stock. Specifically, the two flanges are welded to the web using either Metal Active Gas welding or Submerged Arc Welding. I took the following picture to try to determine the thickness of the flange. The lens caps is 2 inches.

But I noticed afterwards that the picture also shows the thickness of the weld. I was surprised how much the weld varies. It must have been done by a human instead of a robot on a track. And then I thought of a better shot to get the flange thickness. 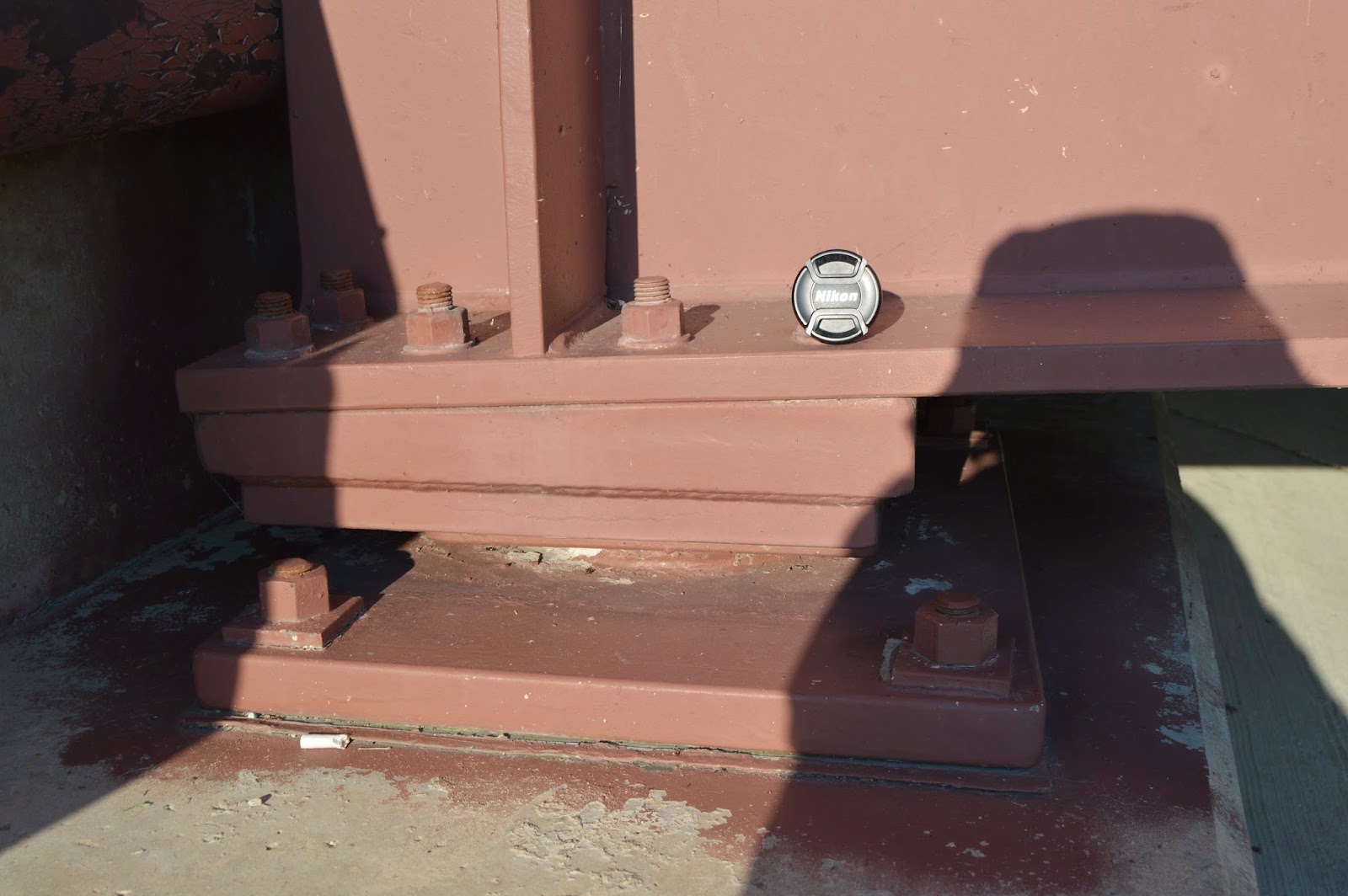 By turning on gridlines and rulers in Paint, I get: 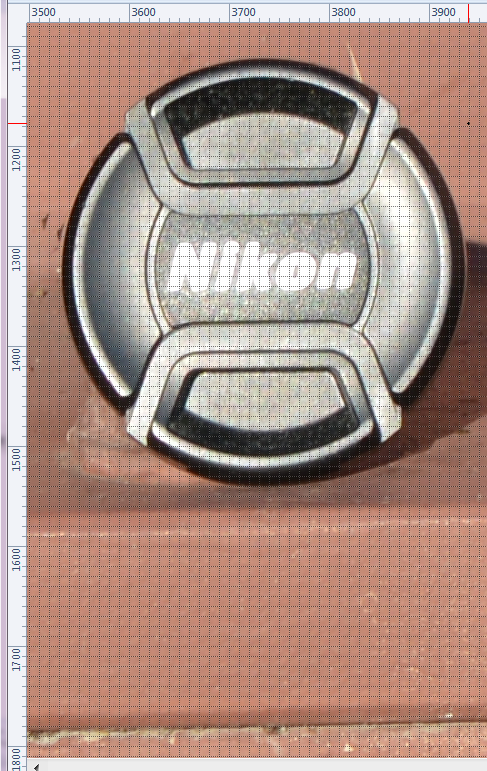 My thesis for how they bent the beams is that they cut the curve in the web plate before they welded the flanges to it. But it turns out machines are built to bend beams and there are beam bending services. For example, search for "Section bending" in http://www.steelconstruction.info/Fabrication. It has a picture and this video. And I found another video of beam bending. Both videos show bending the "Hard Way" (X-X axis). The beams are bent a little at a time making multiple passes through three rollers with the distance between the middle roller on the inside radius reduced from the two rollers on the outside radius for each pass.

But they are bending beams that are significantly smaller than the bridge beams. That raises the question of how big a beam can be bent. The answer seems to be 44 inches.

And that raises the question of how big are the beams in the bridge? Using the complete picture that had the lens cap by the weld, and using the zoom option of Paint as well as the grid and ruler, I compute that the web was 7 feet tall. (I need to buy another yardstick and leave it in the van to scale the larger stuff.) 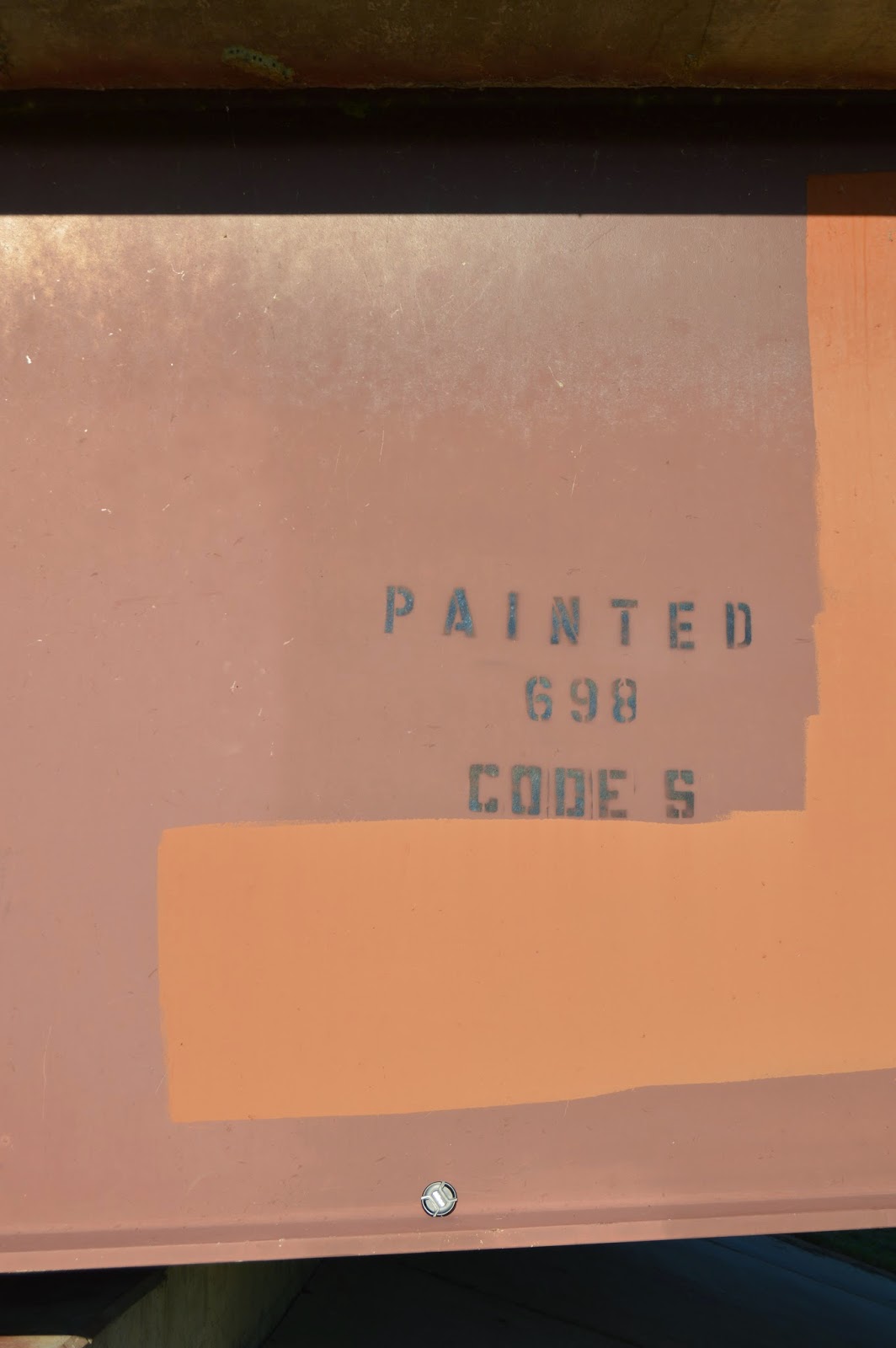 And if you look at the picture at the top of this page, you will see that the span before the curved beam span increases the height of the beam. I spent quite a bit of time taking measurements off that photo before I realized that you can't scale heights unless the picture is taken at 90 degrees from the beam because of the impact of perspective. So I'm just going to eyeball that the curved beam is around 9 feet deep. Since that is about 3 times bigger than a 44 inch beam, I'm back to my theory that the beam segments were made by cutting a curve on both sides of the web and then bending the flanges around the web when they were welded. Bending 1 inch of steel would be a lot easier than bending 9 feet of steel.


Posted by Dennis DeBruler at 9:02 PM