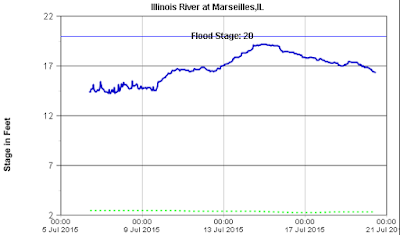 I made a trip along the Kankakee and Illinois Rivers on July 14 to catch the rivers at a peak. It had rained 3 inches in Seneca and Marseilles the day before. The rapids were the "angriest" I have seen them. Below the video is my first "photo dump" posting. Note the pictures with the waterfowl. They are on the temporary dike built to repair the broken gates that can be seen in 2014. Also note that the temporary gate repairs seemed to be silly because they don't use the southern gates anyhow. Why not just drop in the two bulkheads and avoid the expense of the temporary repairs?
I checked Bing's Bird's Eye View to see what the dam looked like before the accident and discovered that they tend to use just the north gates anyhow. Is this because the river channel soon narrows downstream?  Nonetheless, the gates are to be repaired. Some of the pictures below include a crane on a barge that is docked just upstream of the dam. Any repair activity would be on hold during heavy river flows.

Update: I was comparing the width of the Illinois River at Marseilles vs. Ottawa and noticed that Google map now shows the fill that was created to repair the dam on the road map as well as on the satellite image. That confirms my theory that Google satellite images are less than two years old. I wonder if the road map is computer generated or if a human spotted that change. 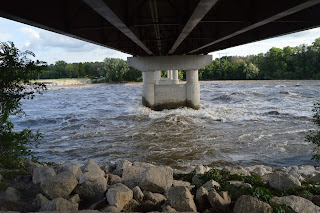 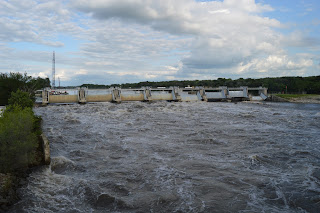 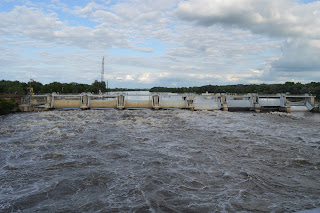 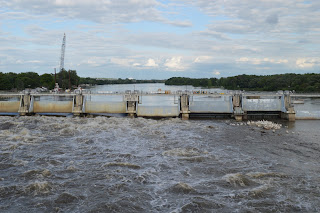 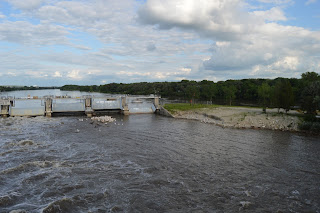 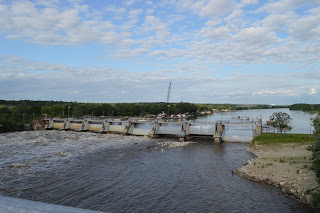 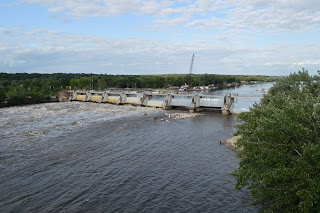 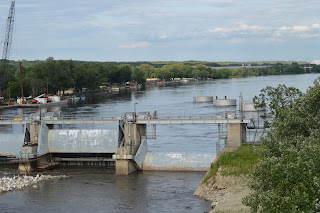 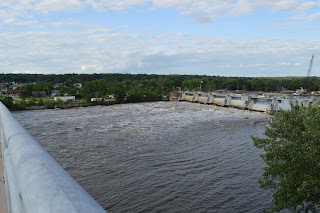 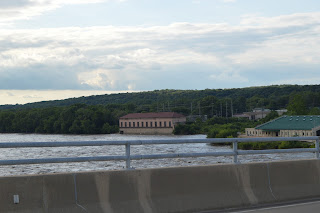 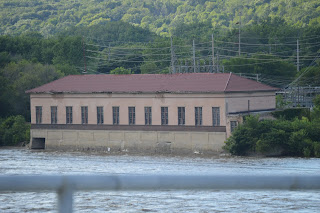 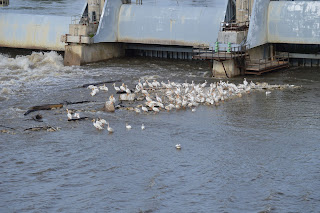 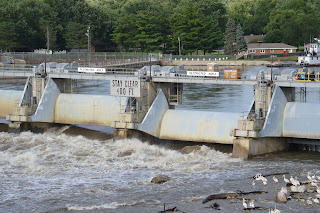 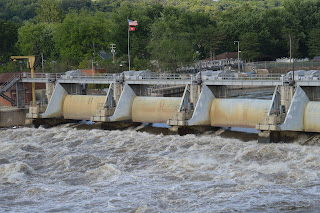 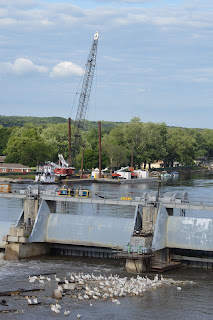 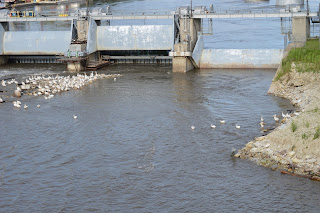 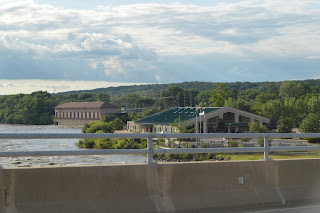 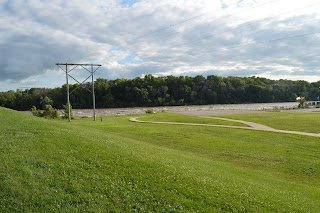 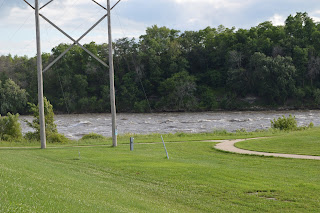 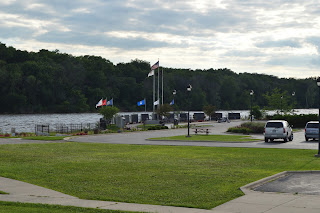 Update: I need to do another trip next year because the map in this article indicates that hydropower is being developed in this town. Does that mean that the law suits got settled and the old power plant will be put back on line or is it some brand new project? Also, it will be interesting what has happened with dam repairs.

Posted by Dennis DeBruler at 9:15 PM

Email ThisBlogThis!Share to TwitterShare to FacebookShare to Pinterest
Labels: wwIll