I was shocked to read in Historic Bridges that Kentucky wants to destroy this bridge. First of all, the traffic is on I-57, not these US highways. The traffic on this bridge was light when I spent some time in the area. A streetview also shows light traffic. I think a third lane is needed on I-65 between Indianapolis and the Chicago area long before four lanes are needed here. If four lanes are deemed necessary, then I would like to agree with Historic Bridges --- build another two-lane bridge. However, the current bridge is not expected to survive a New Madrid earthquake. The largest span is 800'. [US51bridge-overview]

Since Kentucky plans to replace, rather than augment this bridge, my wife's "bad" photos of high river levels become good photos of the bridge's truss members. 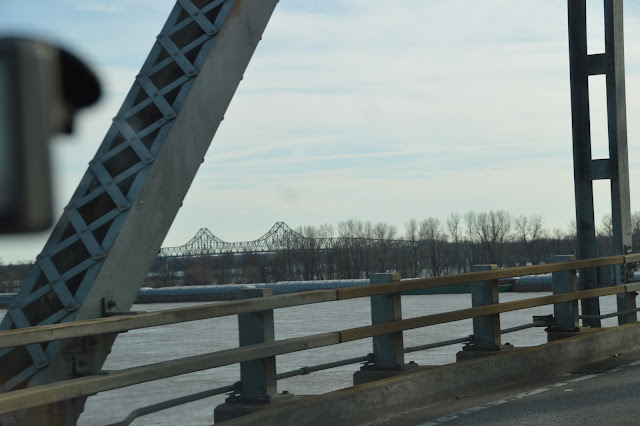 It is interesting that some members are lattice while others are box. 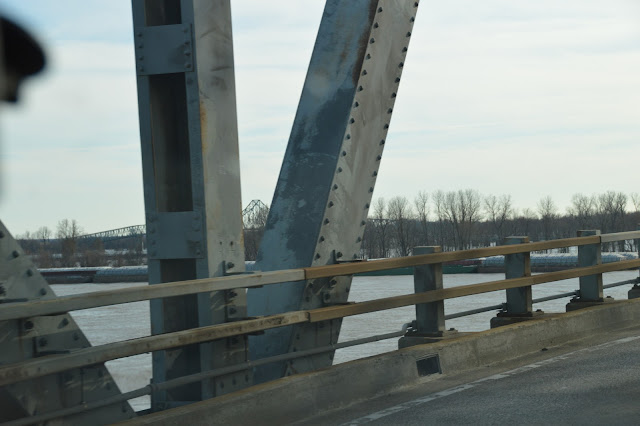 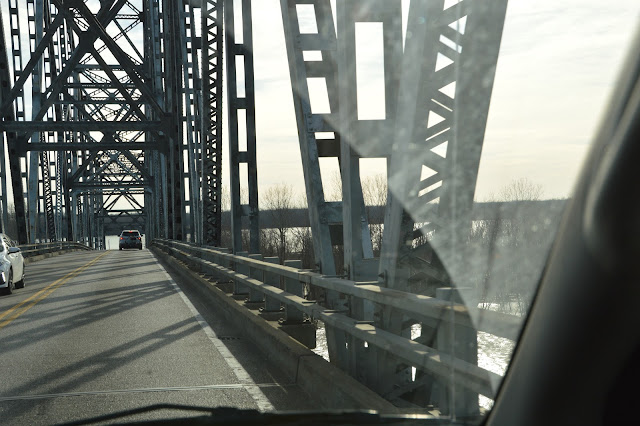 Is this 2021 Google Maps satellite image from the 2019 floods?
I was looking at the satellite map to determine if this photo was taken by this bridge or the bridge over the Mississippi. Since this bridge is the one that makes the transition from a through truss to a deck truss on a pier in the water, I think the photo is of the two southern towers of this bridge. The photos shows that this area is an important fleeting area. The have to rebuild the huge tows from the lower Mississippi into the small 15-barge tows that can fit through the locks of the Ohio River. Also note that the Ohio River is significantly wider than the Mississippi River where they join. I have a friend who was raised in Evansville, IN, that always thought it should have been the Lower Ohio instead of the Lower Mississippi. I first noticed the widths when I saw this bridge has four towers but the Mississippi bridge has only two towers.
35 photos of the area when the park at the confluence was completely flooded
Posted by Dennis DeBruler at 11:27 PM