When I saw how frothy the water was on this spillway as it came out from under the sluice gate, I was reminded that this spillway was built in 1907 and the Ogee Crest must not have been invented yet. 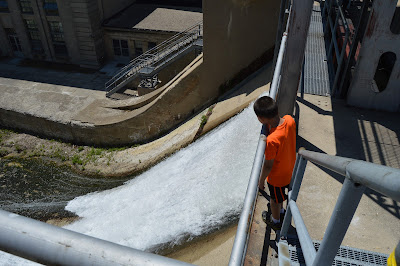 This spillway runs straight up to the base of the sluice gate. It is next to the Lockport Powerhouse, and it is normally not used. It was turned on for a tour group I was in.

Modern spillways use an Ogee curve at the crest (top) that starts horizontally and gradually curves to the desired incline so that the flow of water over the crest remains a laminar flow. This diagram below illustrates that the computation of that curve is non-trivial. There are three pages of text describing the quantities in this figure (pp 5-7).

Instead of trying to understand the math, I'm going to include photos of dams that have this curve. Notice the flow over the spillway itself is smooth (laminar). The turbulent flow at the base is a different issue.

The remnants of the Hofmann Dam shows the curved crest since no water is flowing over it.

Back to the turbulent flow of the 1907 spillway. 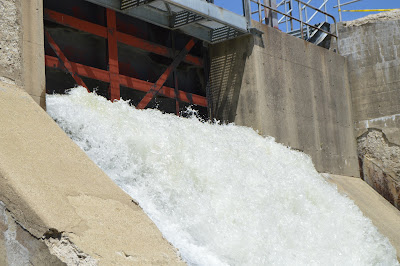 The water shoots straight out while the spillway slants down. This causes a lot of turbulence, which in turn can cause cavitation, which is hard on the concrete surface. 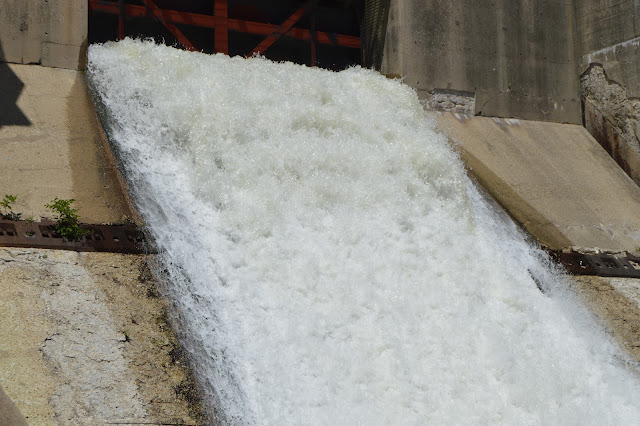 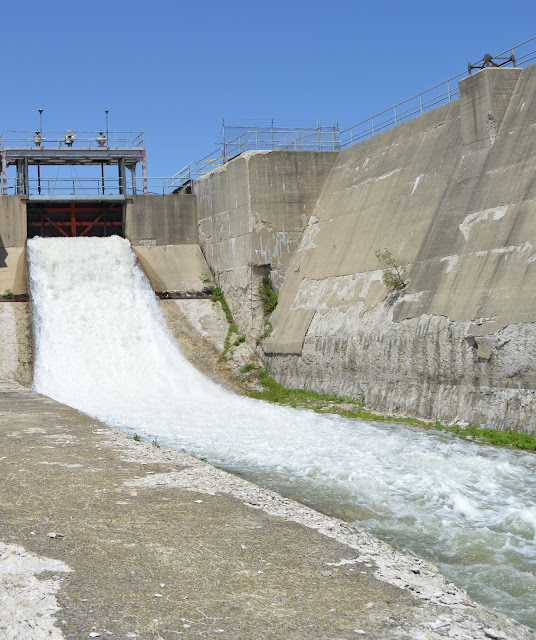 The water remains turbulent down the spillway and out into the discharge canal. 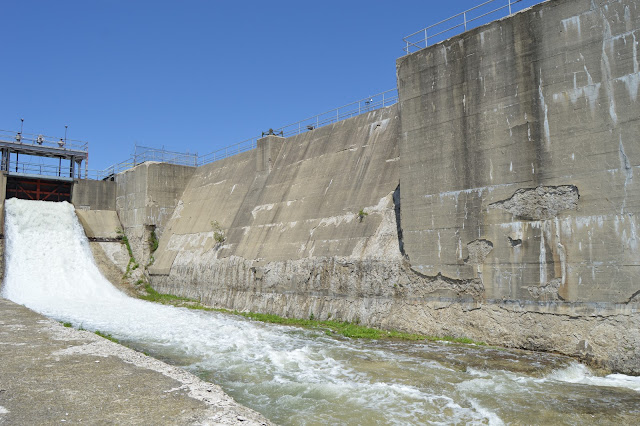 The water remains "churned up" through most of the distance of the discharge canal. 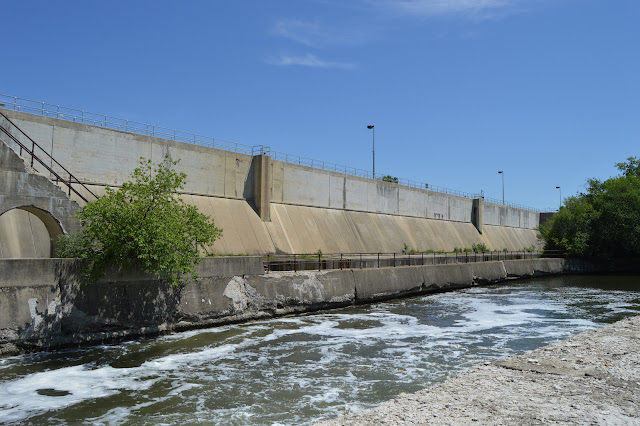 Lockport Powerhouse Spillway has more photos of this spillway.
Posted by Dennis DeBruler at 8:57 PM