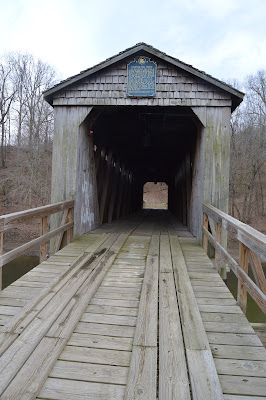 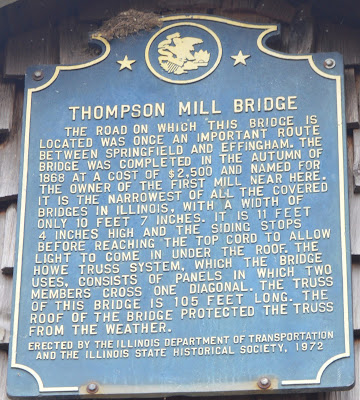 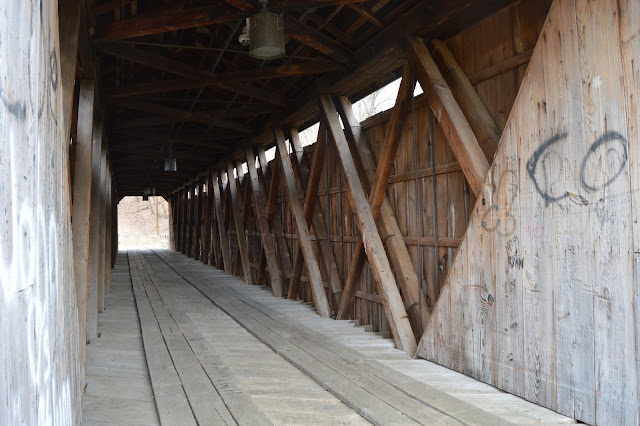 A sign says it is under video surveillance. That would explain the light poles we saw on both ends, each with three big lights, and the lights hanging from the ceiling. 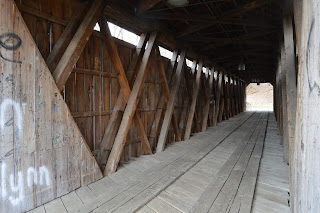 We have crossed to the south side. 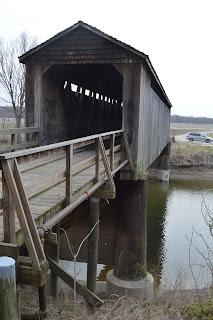 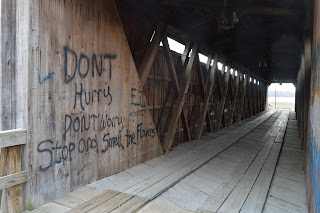 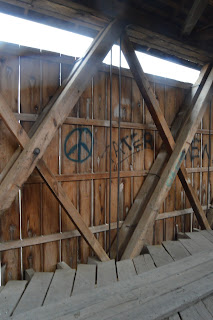 I was avoiding taking a photo down the center because I wanted the camera to meter the trusses instead of the "light at the end of the tunnel." But electrons (and magnetic domains) are cheap so I also to a straight portal shot. As I expected, the trusses are darker. 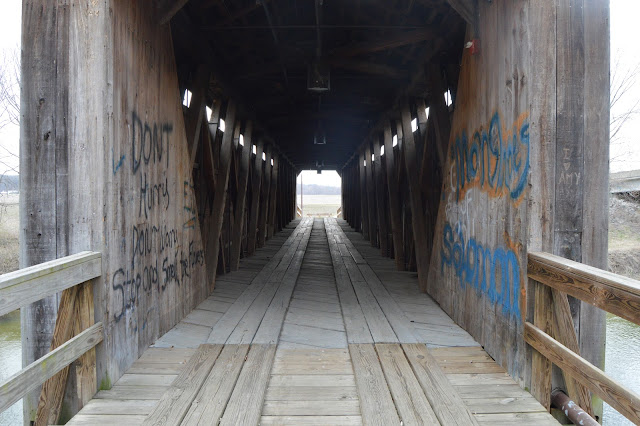 My wife thought the detail of how they laid the planking on a diagonal and didn't bother cutting off the ends was of interest. She also mentioned that the main timbers under the floor were on a diagonal and then secondary timbers went side-to-side. I see in Bridge Hunter (link at top) that David did catch the under flooring. 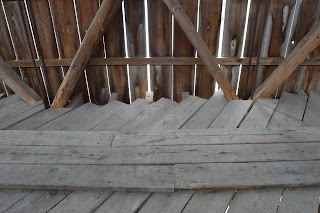 This is the current road bridge, which is a little upstream of the wood bridge. 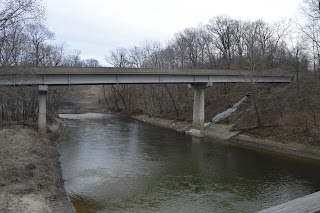 And a view of the wood bridge from the van window. A grey bridge against grey trees is a bummer. I need  to revisit this bridge when the trees have their leaves. But I would have to stay overnight in the area to catch it with morning sun. 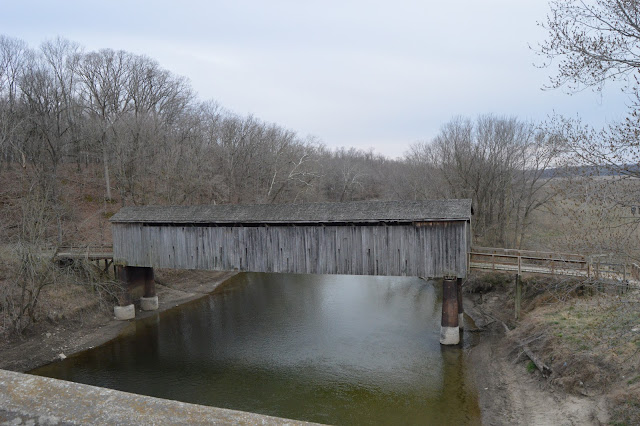 We also took a picture of a facility that is upstream from the road bridge. We never did figure out what it was. 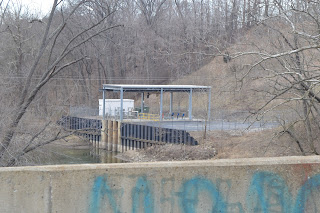 Posted by Dennis DeBruler at 1:36 PM