My Photos of Amtrak Chicago Yard and Steam Power Plant

These notes contain my photos of the yard. My general notes concerning the Amtrak passenger (coach) yard are here.

I repeated his comment below so that it is easier to read while you look at the satellite image.

Near the left side in the center is an Amtrak train pulling out onto the BNSF/CB&Q tracks to be turned using the Jefferson Connection.

A closeup of the wheel-truing, engine servicing, and washing buildings. 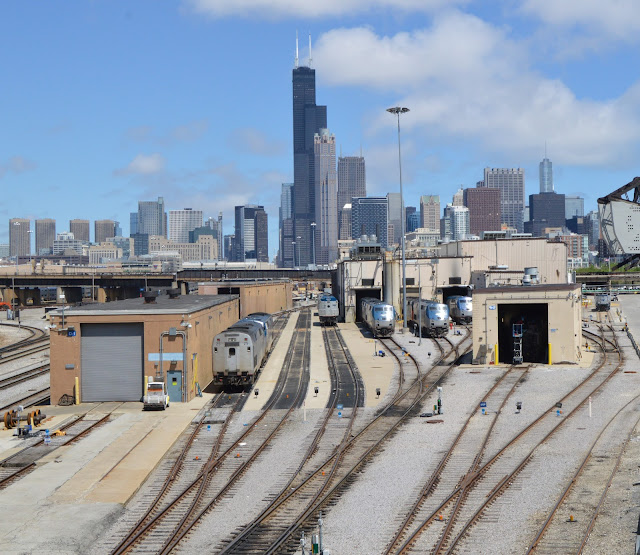 I took this photo while my daughter drove me around town to take pictures. Obviously we are driving east on Roosevelt Road. Note the Amtrak yard tower. According to James' comments above, we are looking at the north side of the carshop in the middle and the southwest part of the inspection building on the left.

I took quite a few pictures as we crossed the bridge, but many were skunked by something. It is on my todo list to park the car and walk across this bridge to take photos. But since this is probably the only time I'll catch those private cars on the left, I include this one.

One time when I went to a meeting of the Shortline Club in Union Station, I got off at the Halsted Stop and walked east along 16th Street to Canal, and then north to Jackson Blvd. My intended subject of this photo was part of the wye that Amtrak uses to turn the trains. Everybody, including myself, has photos of the tracks from 18th Street, but how often have you seen them from Canal Street?

But thanks to the magic of high-resolution DSLRs, I also got a view of the west side of the engine facility repair building.

Further north I caught the west side of the car repair building and its yard tower. The two sand towers and the jet engine to blow and melt snow is part of the BNSF commuter service facility. 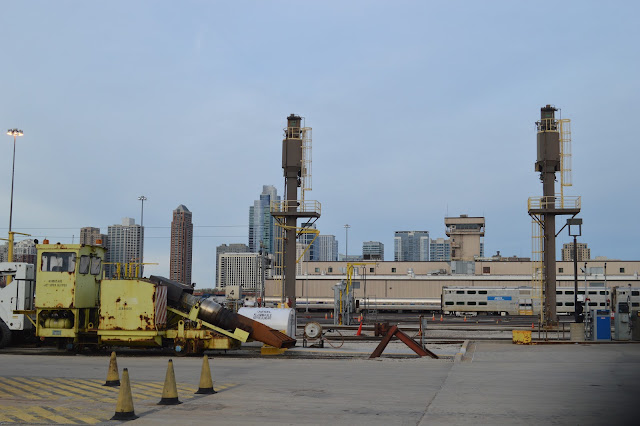 I include this photo, not because it captured most of the inspection building, but because the red striped passenger car says FRISCO on the side. I assume that is another private car. And those buildings across the river have been built since Amtrak took over the passenger trains and most of the tracks south of the Loop have been torn up. Judging from the tower cranes, that skyline is going to continue to grow.

Update:
And I kept clicking as I went around that turn. The St. Charles Air Line Bridge is on the left. 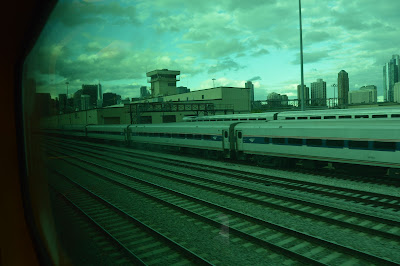 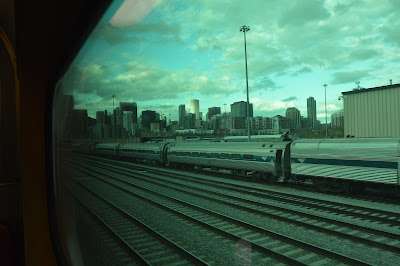 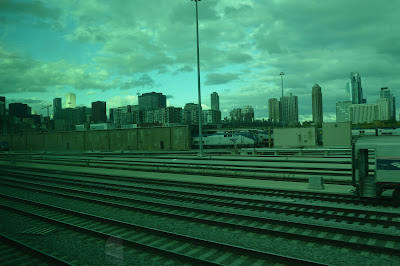 There is at least one train in the inspection building. 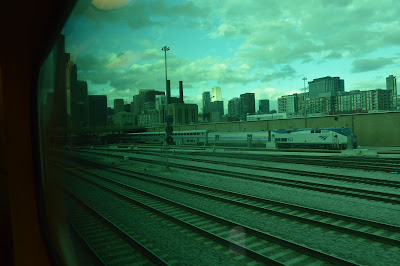 A train going between the depot and the service yard... 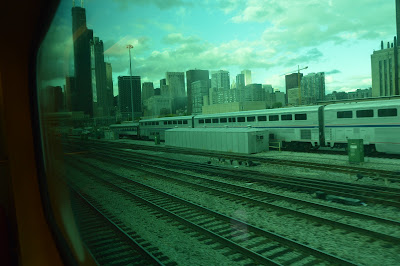 ...appears to have a private car on the end. 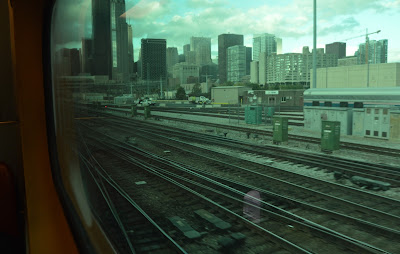 The private car is at the beginning of the complex track work between the depot and the BNSF and Amtrak service facilities.

(Update: Amtrak wants to tear this power plant down.)
North of Roosevelt Road on the west side of the river, Union Station had its own steam power plant.

Posted by Dennis DeBruler at 1:03 PM