Gleaner K and G Combines and other old equipment

When I was on my way to take pictures of a railroad water tank, I saw an old Gleaner combine parked by the road. I was running out of light so I had to make a choice of taking pictures of this combine or the water tank. The water tank is close to I-57 so I can easily do it on another trip. So when I got to the next farm, I turned around and came back to this farm. I walked around it to take shots at all angles because I don't see too many old Gleaners, even at farm shows.

Address information is at the bottom. 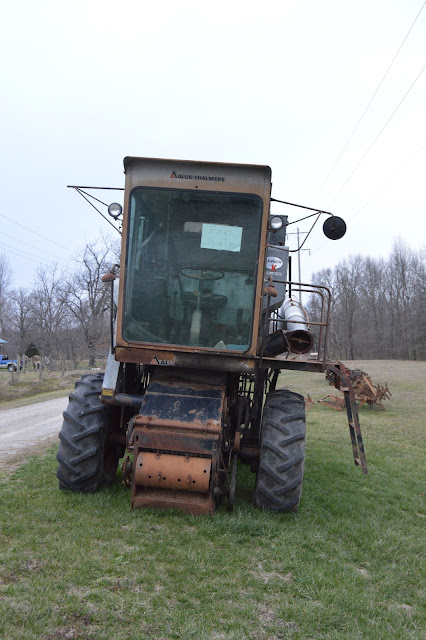 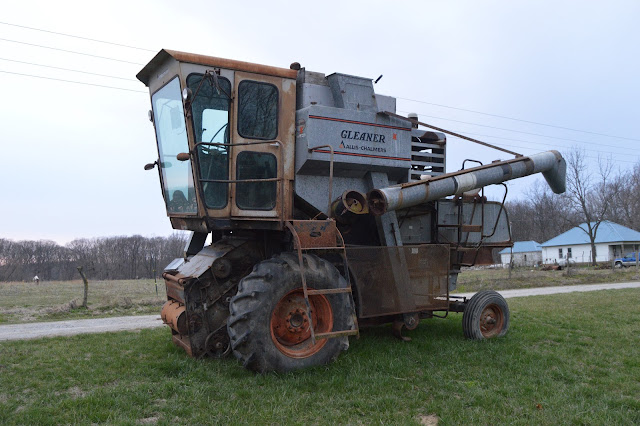 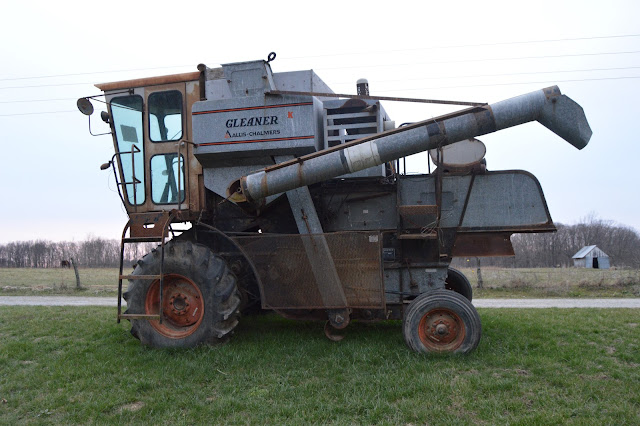 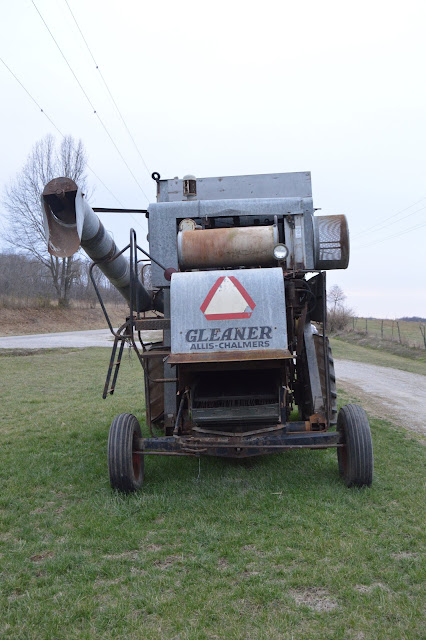 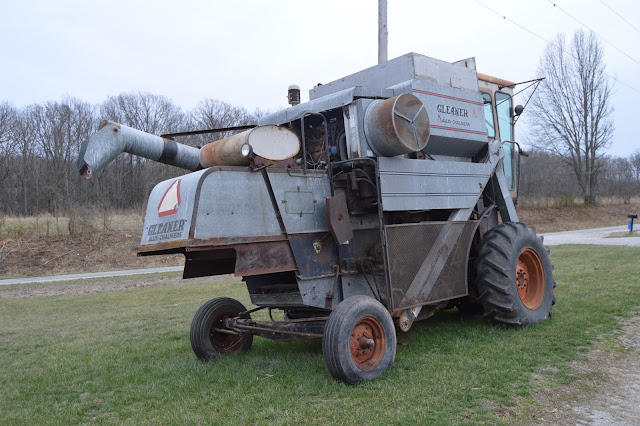 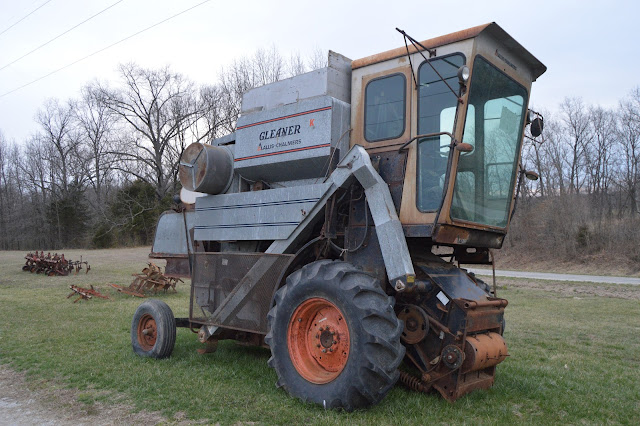 
My 68 year old neighbor Bruce was finishing up his last field of wheat. He is running a 51 year old Gleaner "G" Diesel. He has harvested about 45 wheat crops with it. I stopped to talk as he was unloading. He doesn't have anyone to take pictures of him harvesting. He asked if I would take a couple of pictures of him cutting wheat.
West of Winfield Ks. 6-26-2020


The equipment in the background appears to be cultivators. 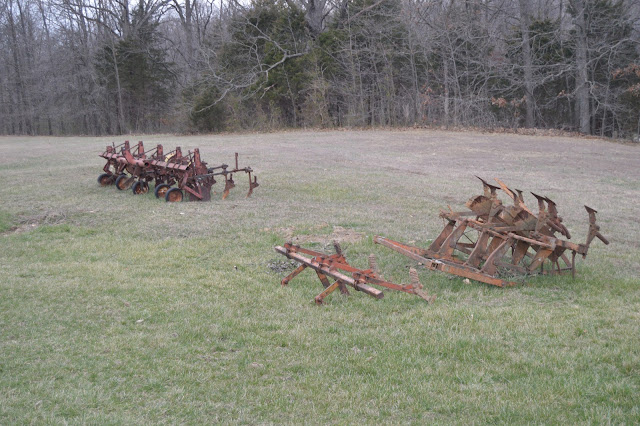 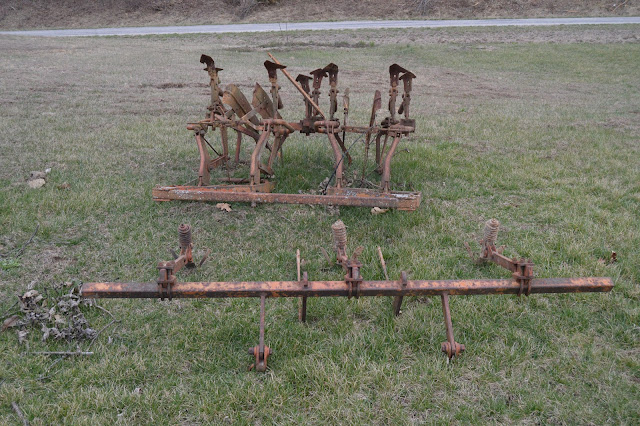 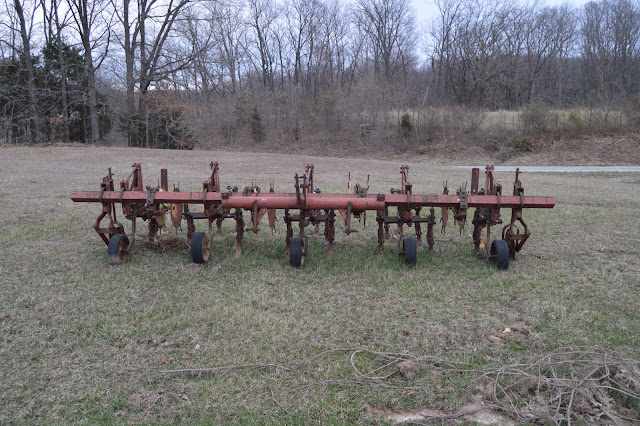 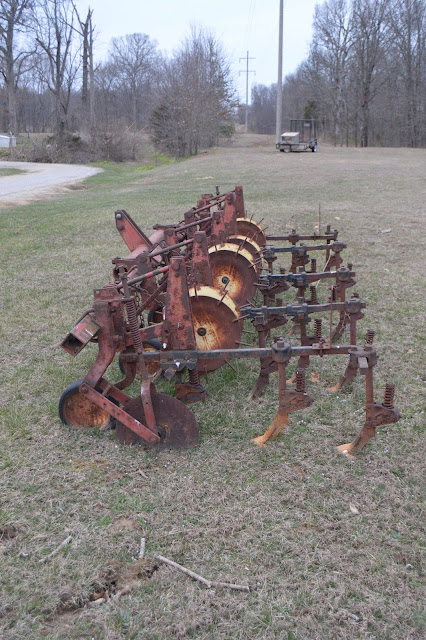 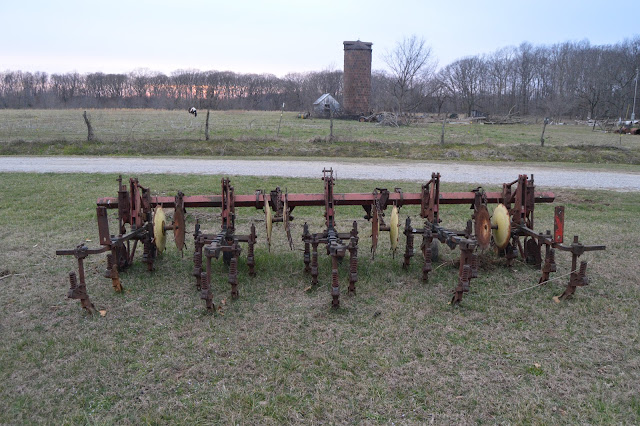 There was also a John Deere 4-row corn planter parked by the road. 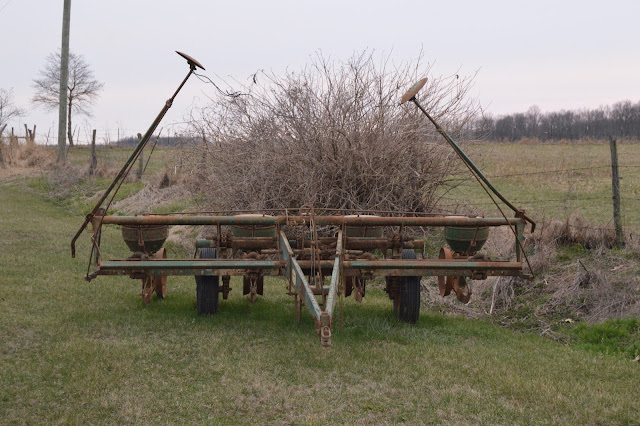 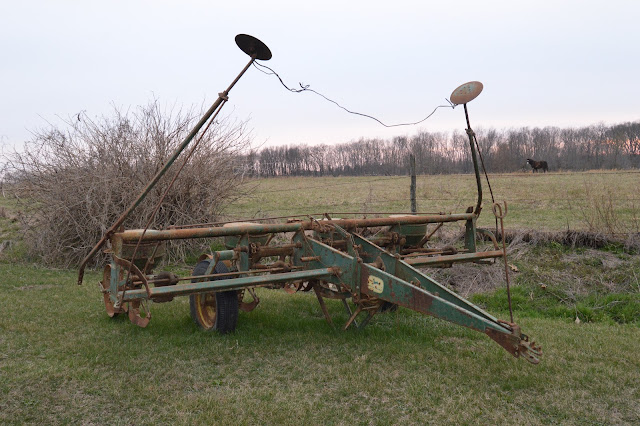 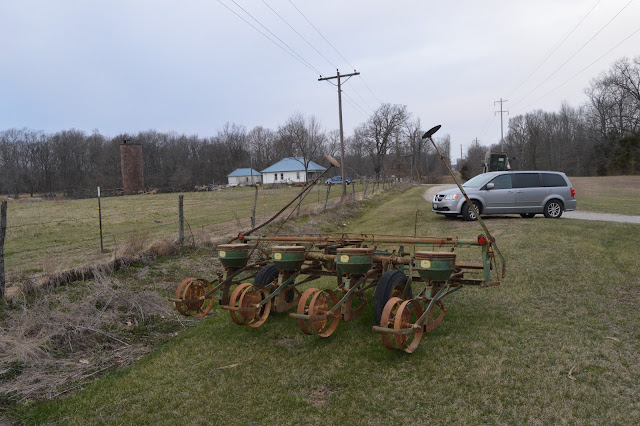 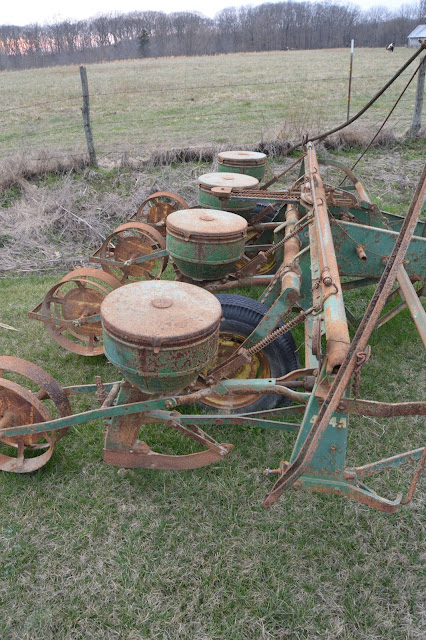 And the silo on the farm was also interesting because it is an old tile silo. 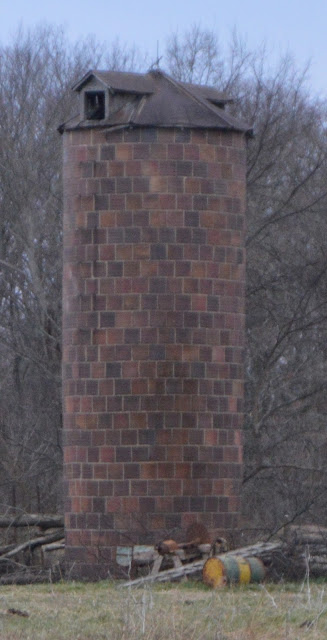 Posted by Dennis DeBruler at 6:23 AM