Completed in 1871, the Parkersburg Bridge was an important early work of Jacob Linville and incorporated several of his patented innovations. The original channel spans (approximately 348 feet) were of wrought iron and marked the beginnings of an era of long-span trusses. They were fabricated and erected by the Keystone Bridge Company, a firm begun by Andrew Carnegie to provide a market for the output of his famous Lucy Furnace. The remaining spans were principally Bollman trusses of an older type. [HAER-data]

The previous bridge was completed in 1871. The truss we see today was built in 1905 except for one span that was built in 1972 because of a barge explosion.

I wonder if there was a road bridge someplace else or if the horse&buggies had to use a ferry to cross the river.

Mark Arnold posted six photos with the comment: "Crappy weather but its all I could get today. CSX crossing the Ohio River at Parkersburg, WV. The approach is better than the actual bridge."


These are the other photos I tool as I walked along the riverside. The green cantilever bridge next to this truss bridge is the Parkersburg-Belpre Bridge. 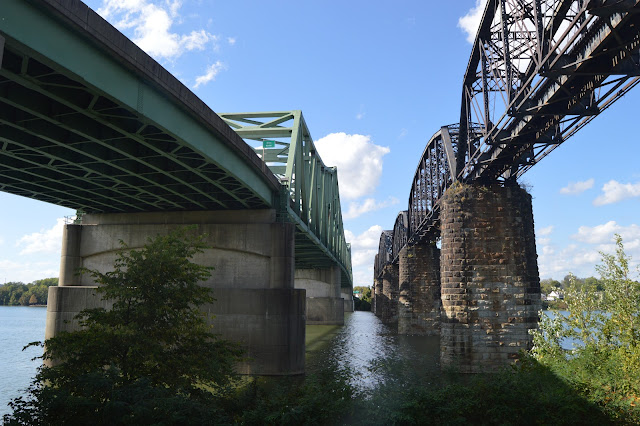 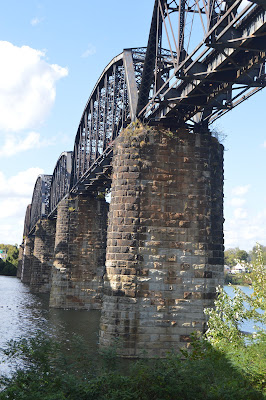 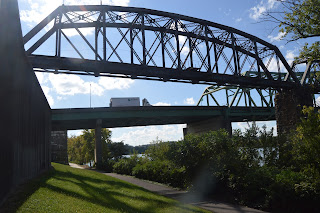 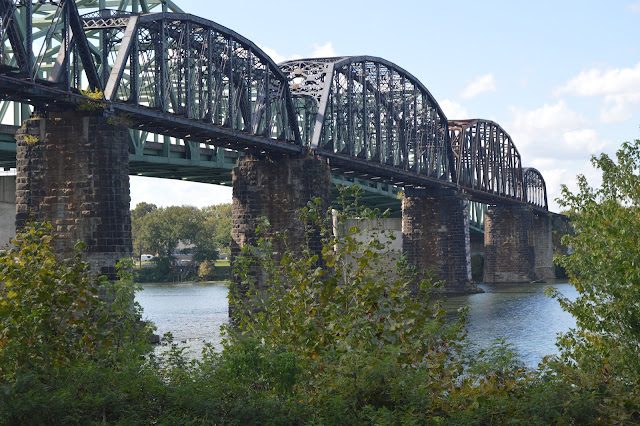 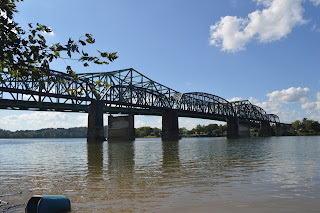 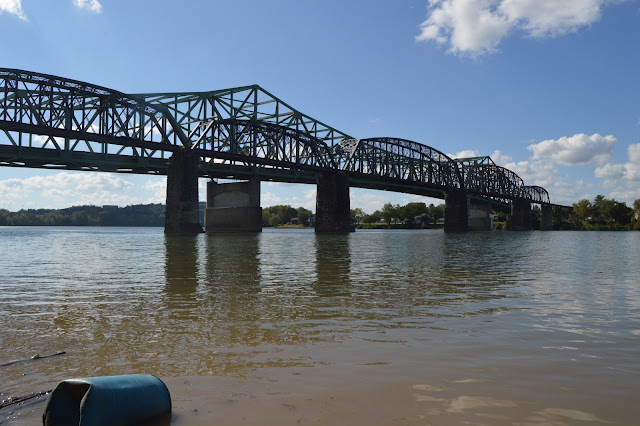 I could not walk any further upstream, so I took some detail shots of the bridge. 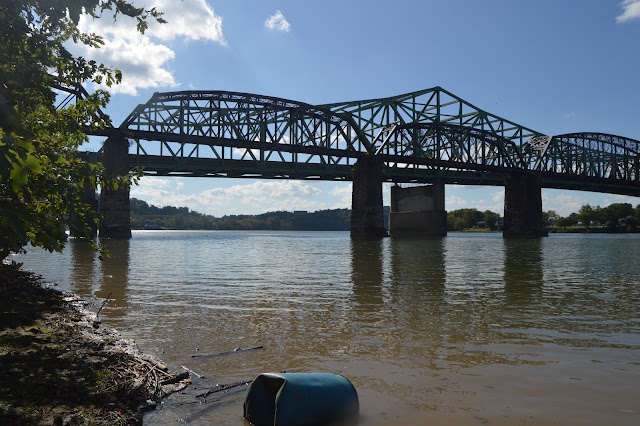 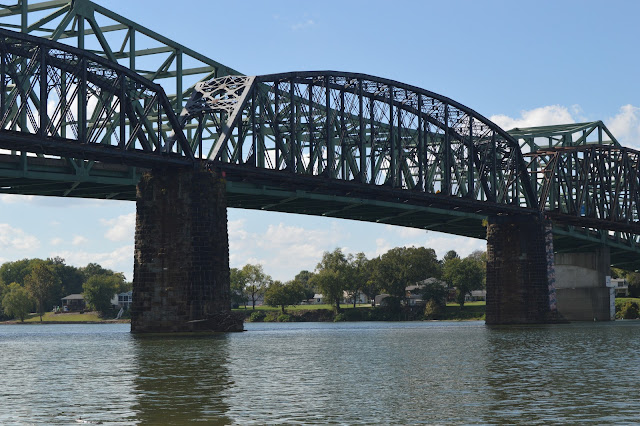 As we left Parkersburg, my daughter caught these detail shots of the trusses. 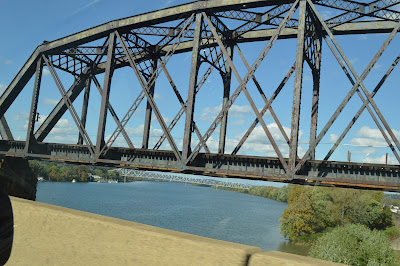 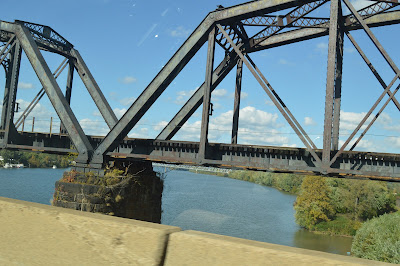 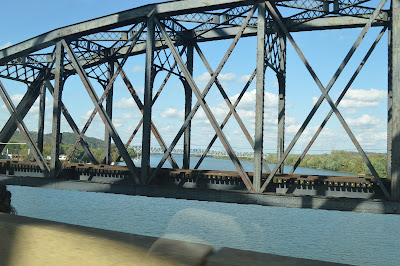 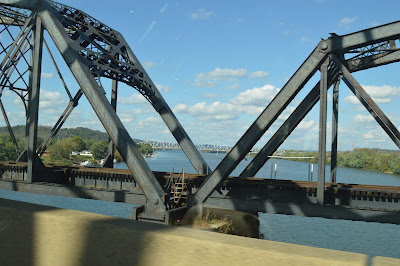 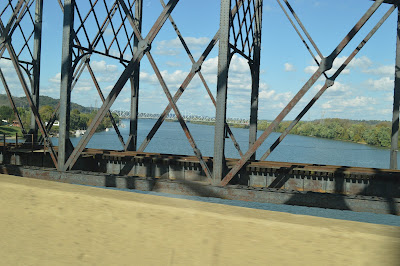 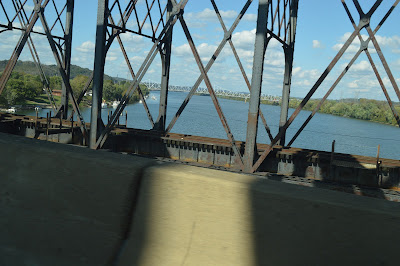 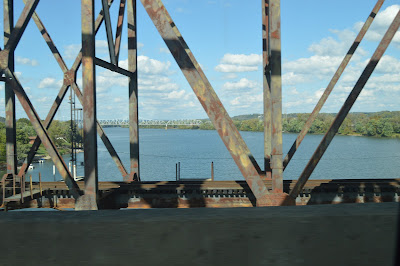 This bridge used to be on the B&O mainline to Washington DC. But CSX has abandoned the track east of Parkersburg.
Posted by Dennis DeBruler at 6:58 AM