A Cut Stone Embankment Made with Some Coal?

(Satellite)
In towns like Joliet and Lemont that have outcroppings of dolostone, many buildings such as churches were made of cut stone. Even utilitarian structures such as embankments and bridge abutments and piers used cut stone.

When we first approached a stairway that took us up from river level to the south side of the Walnut Street Bridge, it struck me that the stones in the embankment had a lot of coal soot still left on the stones. I've seen coal soot survive into the 21st Century. Here is a 2015 photo of an embankment along 18th Street in Chicago, IL, where the street goes under the Red Line. The elevated line above the embankment is the Orange Line.
But the closer I looked at the stones, I decided some of them were not building stones covered with coal soot, but they were cut coal. 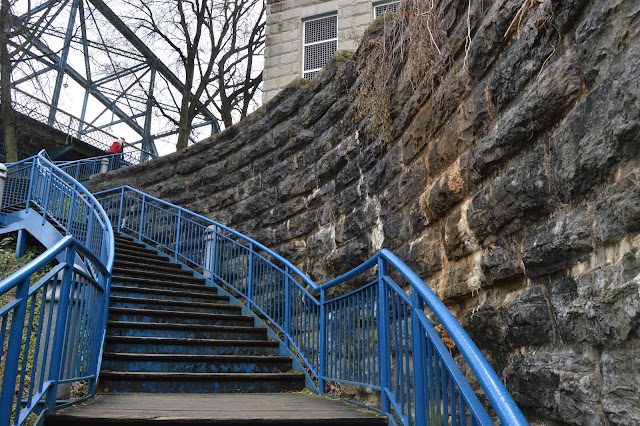 I took an overview of the stairwell and embankment from the bridge. That is our van, but you have to walk to the right to get to the walkway that takes you down to this stairwell. That walkway also goes under this parking area to the river so that you can get to the riverwalk without having to cross the busy Riverfront Parkway. 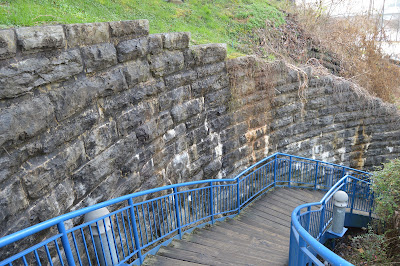 Obviously, this is a view down the stairwell on our way back to the van. 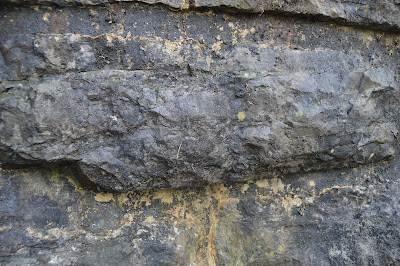 I took a closeup to confirm this is a black stone, not a normal building stone covered with black soot. 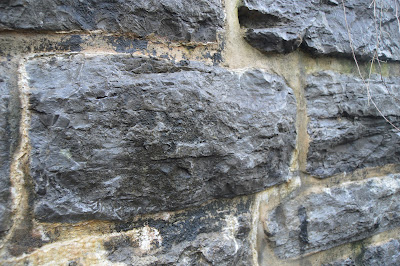 And then I saw these that look even more like coal.
An overview that catches the thickness of the wall. 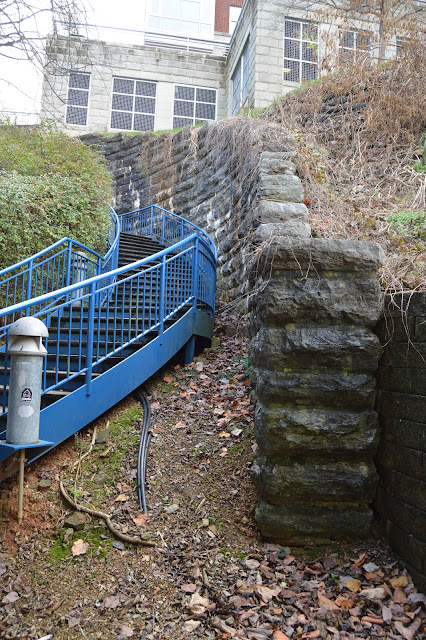 Posted by Dennis DeBruler at 5:15 PM