When I was driving downtown on 2017 Dec 11 at 1:13pm, I noticed there was an autorack car setting on Main Street. Fortunately, the train must have stopped recently because traffic was not yet backed up past Franklin Street. So I was able to turn on Franklin to get over to Forest so that I could turn west on Warren and use the Belmont underpass to get to the other side of the tracks. 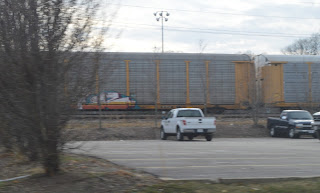 The train extended west past the parking lot of the landscape company. 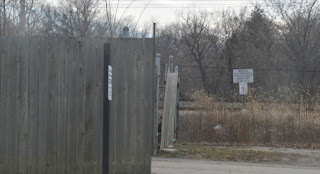 But not west of the storage lot for the landscape company. That means at least the three downtown crossings (Washington, Main, and Forest) were blocked by this "parked" train. I wonder if it was blocking the other two crossings --- Maple and Fairview. 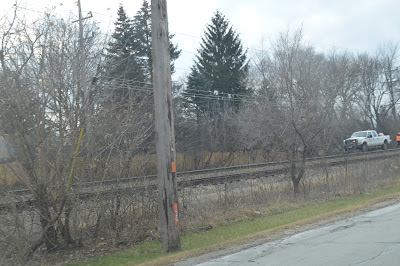 Since they caught me by surprise as I was driving down Warren, and I was shooting blindly out of the windshield as I passed, I did not get a good shot of the crew that was on the track. There were several workers there. Was it a rail pull? I talked to a track crew worker on a different job, and he said that it does not have to be down to 0 degrees to pull a rail. Just freezing temperatures will do it. 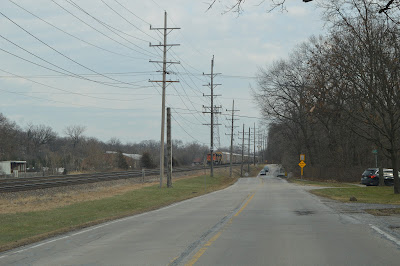 It was a westbound train. 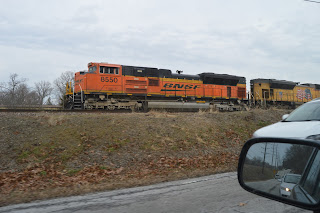 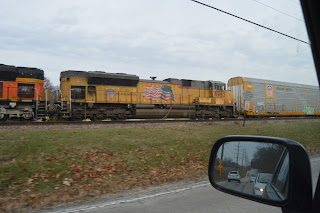 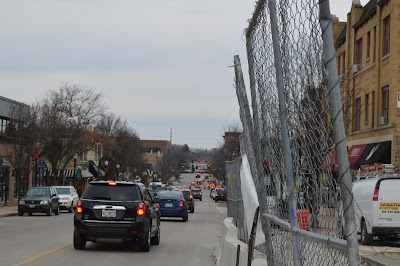 While I was taking photos of the construction site at Main & Maple, which was my reason for going downtown, a commuter came through on M3 at 1:35pm. 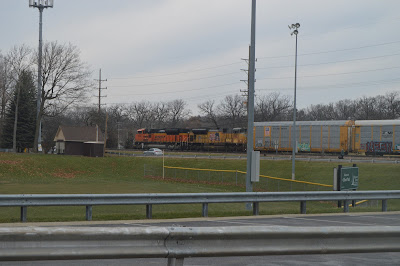 On the way back home, I got an angle that indicated the engines stopped by Gilbert Park's ball diamond. 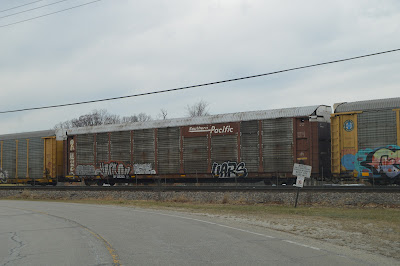 And when a Fallen Flag is setting right there in front of you and there is no traffic, you grab a shot. 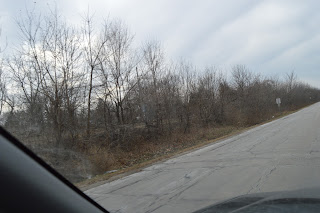 On the way back, I could not find the railroad crew on the tracks. I actually turned around so that I made three passes looking for the crew. 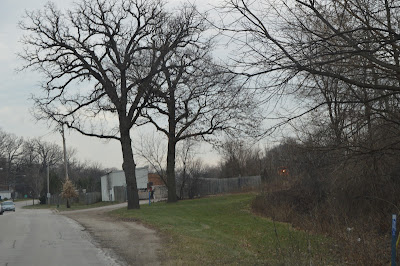 But the headlight let me know the train was still blocking all of the downtown crossings. 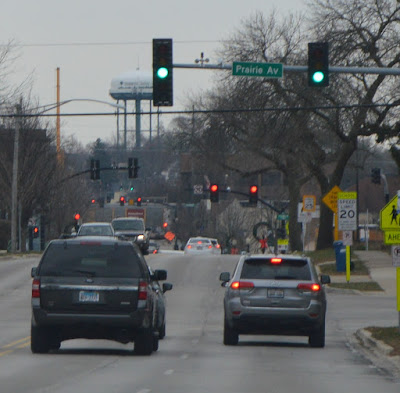 As I approached my driveway at 1:49pm, Main Street was still blocked by the autotrain. So BNSF blocked all the downtown crossings for at least 36 minutes.

To back up the train have might required sending some crew to the rear of the train to flag it, but it would have been nice to back up the train so that the engines were at Maple. Then they could have used a crossover to get to one of the tracks that was open and get it out of town. The commuter train I saw on M3 at 1:35 indicates at least M3 was open.

Or was there already a train stopped behind this one tying up even more road crossings?

I wonder when it first parked and when it finally left.


Posted by Dennis DeBruler at 8:56 AM