Posted December 18, 2014, by Alan Walker (awalker1829 [at] yahoo [dot] com)This bridge was found unsafe for vehicular traffic and stood abandoned and unused for more than twenty years, despite repeated petitions by the Coast Guard to either repair it or remove it. Community interest in preserving this bridge led the City of Chattanooga to include the restoration of the bridge as a key part of the Tennessee Riverpark. Most folks today do not realize how close we came to losing this bridge. [Bridge Hunter]

The text on an interpretive sign describing the 1867 Great Flood also describes how this bridge was built.
The poles on the right in the above photo hold a dock that can be used only by boats that are tieing up along the river front. That is, there is a gate because the general public, including fisherman, are not allowed on the dock. The height of the poles shows how high the river might get when the Chattanooga Dam opens up its gates. 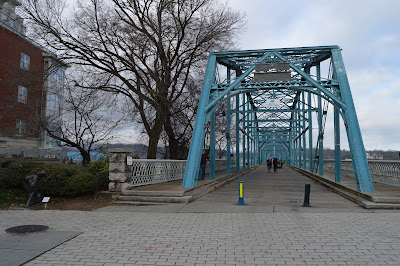 This part of Chattanooga on the south side of the river is on a bluff, so the former street bridge begins with spans. 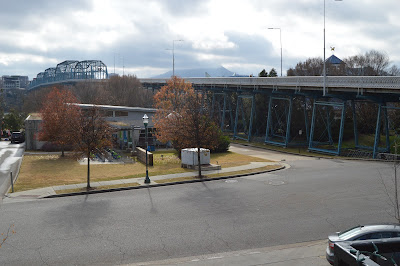 The north side is a flood plain, so there is a significant trestle between the bridge spans and Frazier Avenue. 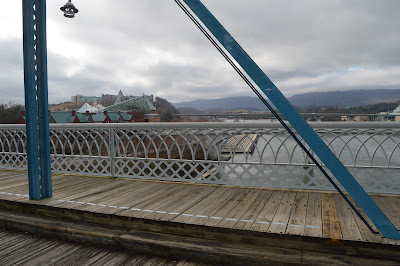 I don't know if the handrails have been preserved all these years or if they were restored, but either way, it is nice to see the more ornate handrails that were used in the 19th Century.

The purpose of this photo is to capture the cables that were added at some point to provide more tension strength for the tie-bar members. I have to confess that my wife is the one that first caught that detail.

The roof line near the left of the photo is on the aquarium. 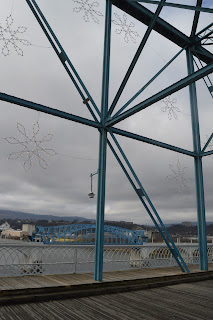 Note the "kinda snowflake" lights. ("kinda" because snowflakes have six points instead of eight.) I wonder if these are up year round or if they are up because we were visiting during the holiday season. They are a reminder that we are further south than the Chicago area because I don't think most Chicagoans think snowflakes are special enough to be an inspiration for a decoration. 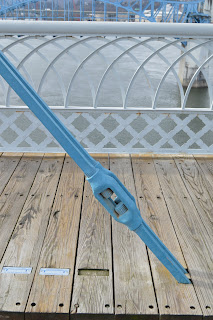 The bridge had tie-rods with turnbuckles as well as tie-bars. Note the medallions in the lower-left corner. (Unfortunately, one is missing already.) They obviously had a fund raiser to preserve the bridge because I assume the name on each medallion was that of a donor. There were a lot of medallions along both crosswalks.
My wife and daughter provide scale. I wonder if the bridge was one way and switched directions according to rush hour flow. Those are horse&buggy width lanes. Certainly not the Federal Standard 12-foot lanes that today's kids are used to driving in. You would definitely not want to text while driving on this bridge. Now that I'm aware of them, the cables to reinforce the tie-bars are obvious in this photo. 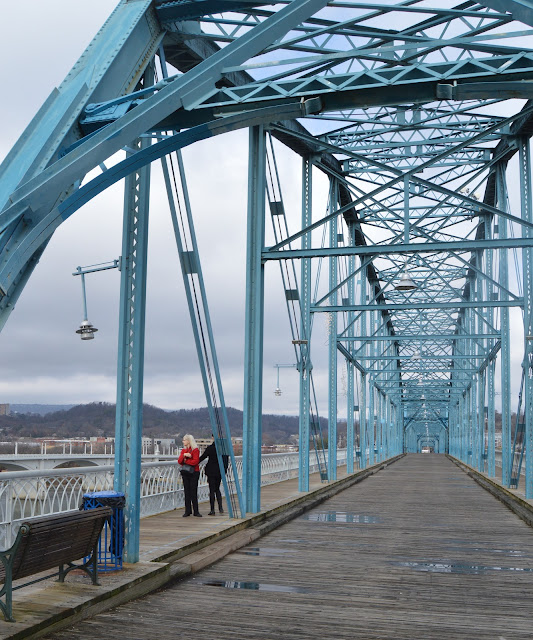 A photo dump of the other photos I took while I crossed the bridge. 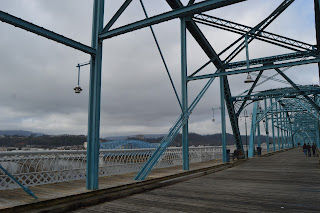 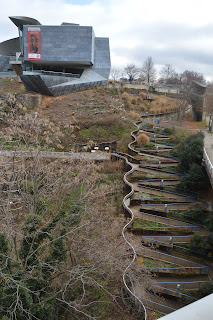 This view to the north catches the river trail as it descends from the bluff down to river level. It reminds me of that windy street in San Francisco. The Hunter Museum of American Art is the building on the bluff. 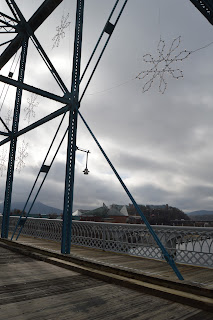 I was playing peek-a-boo with the clouds. 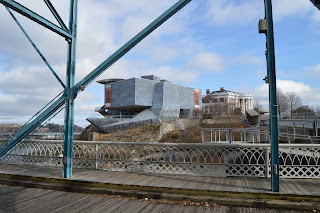 On the way back, I noticed the Hunter Museum had an older building as part of their complex.
And now a photo dump of the other pictures I took while walking along the river front. We first walked away from the bridge, and then we walked back to climb some steps up to the bridge's deck. 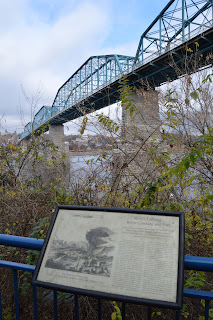 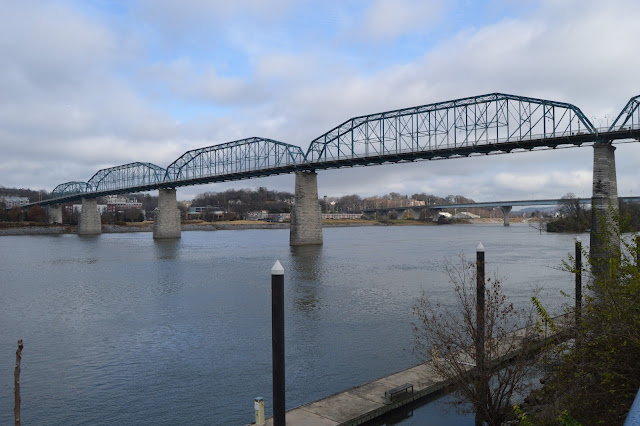 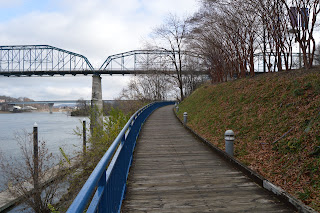 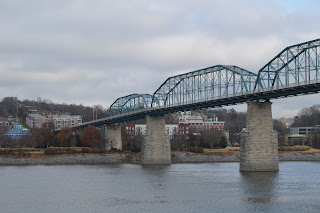 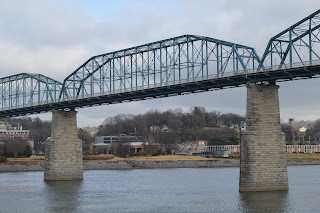 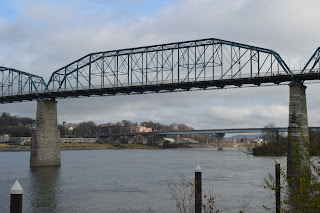 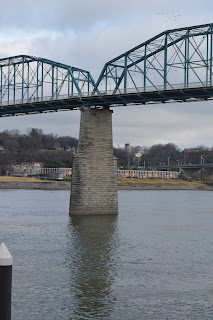 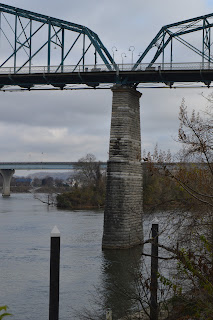 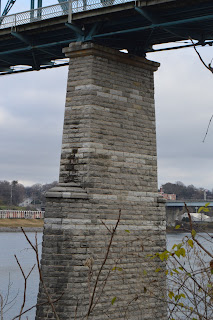