Significance: Designated a landmark by the American Society of Civil Engineers, the Cortland Street Bridge is a double-leaf bascule span that became in the early twentieth century the standard for movable bridges designed by the city engineer of Chicago. The Cortland Street bridge was the first of this type and featured electric motors that drove pinion gears which engaged a rack attached to the end of each truss. Counterweights on the shore sides of the bridge counterbalanced the roadway and superstructure that spanned the river and thus little power was required to raise or lower the bridge. When raised, each leaf assumed a nearly vertical position providing a wide clearance for vessels plying the river. City engineers designed the machinery so that the bridge could open within one minute during calm weather and under three minutes during windy conditions. [HAER IL-138]

As one would expect for such an historic bridge, Historic Bridges has an extensive writeup about this bridge.

This bascule bridge replaced a swing bridge, and it was the fifth one built at this site.


Now for the promised photo dump. 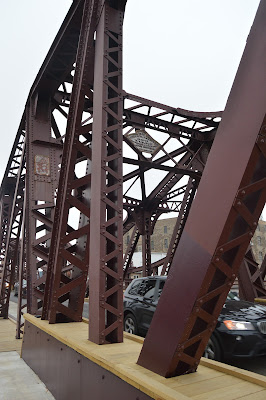 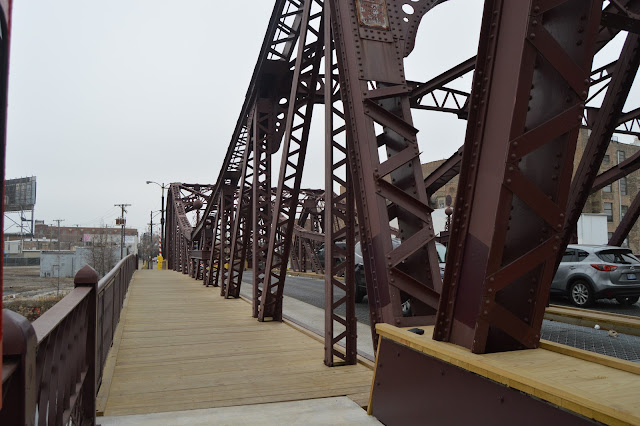 I did spot at least two barges upstream of this bridge. In the Chicago area, the tugboats have pilot houses that can be lowered to go under the bridges because all of the bridges on the Chicago Sanitary and Ship Canal are now fixed. 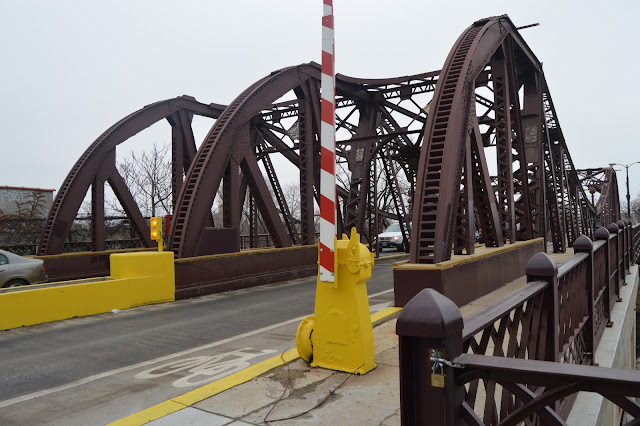 Posted by Dennis DeBruler at 8:46 PM