(Satellite)
Red Mill (sawing and grain grinding) was "located on Hickory Creek just east of the present-day railroad overpass near the entrance to Pitcher Park." [JOLIET Transportation & Industry A PICTORIAL HISTORY by Robert E. Sterling, p11] I don't think the present day dam was for that mill because it looks too modern. Nonetheless this is probably a rather old dam because it does not have an ogee (nicely curved) spillway. Fortunately, it does have a footer.

There was a set of steps down to an observation deck that made it easy to get the first two pictures after I found a place to park in the area. 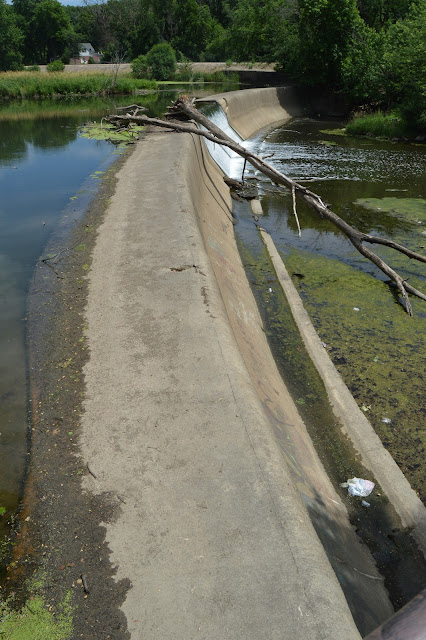 I was able to catch a glimpse of the dam through the treeline along Highland Park Drive. 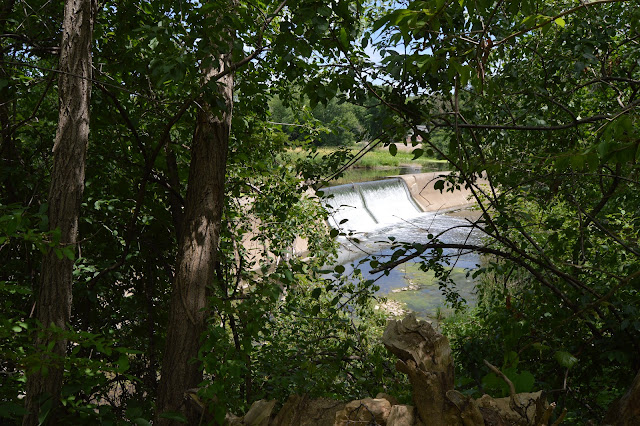 When I was taking a picture of the former Rock Island bridge over Hickory Creek, I noticed that if I moved a little to my left I could see part of the spillway under the bridge. 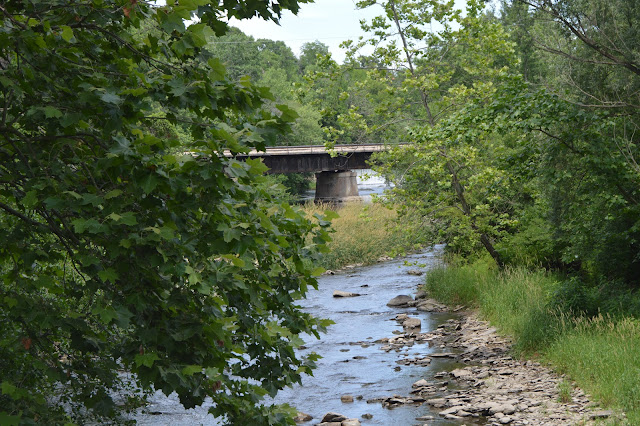 Digitally zooming in on the spillway. 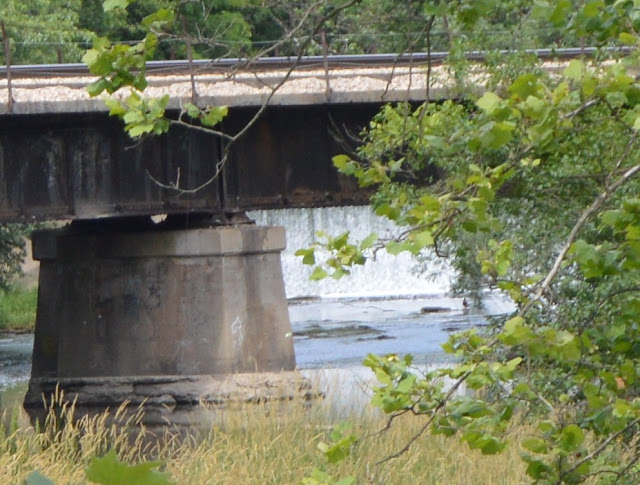 BTW (By The Way) I saw and animal walking along the side of Highland Park Drive downstream of the dam. I think it was a beaver.