(Satellite, Birds-Eye View, Follow the signs to the access road to a paint ball facility. When you get to the gate of the paint ball facility, there is an open area to the right where you can park. It also provides room to turn around when you want to leave. (Most of the access road is just one lane with trees on both sides so that you can't turn around. I don't know what the etiquette is if you meet someone on this road.) The lock is a little upstream from this parking spot. But you have to look hard because the trees have taken over the area.

The downstream end of the lock is still fairly intact.
I found a little "window" in the treeline so you can see the curve of the downstream exit on the right, the top of the west wall in the foreground and some of the cut dolostone construction of the east wall. Since the canal was cut through dolostone from Lemont to Romeoville, they had plenty of stone available for lock and embankment construction. 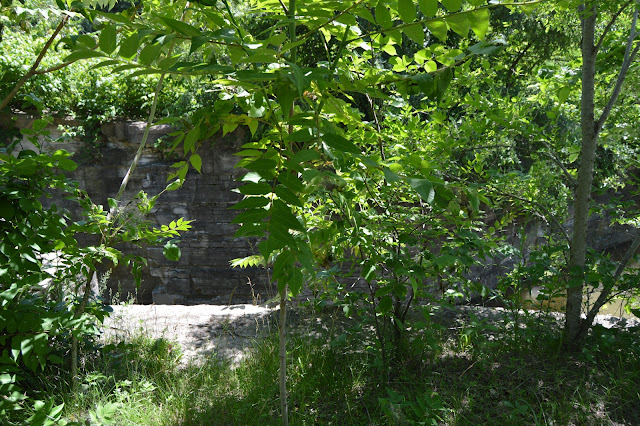 You can see much of the east gate notch on the upstream side starting from the middle and going to the left. 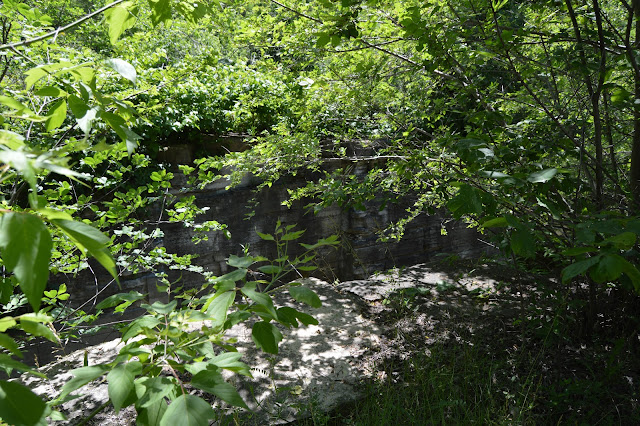 I got gutsy and went through that "window" in the treeline to get a shot looking down into the lock. 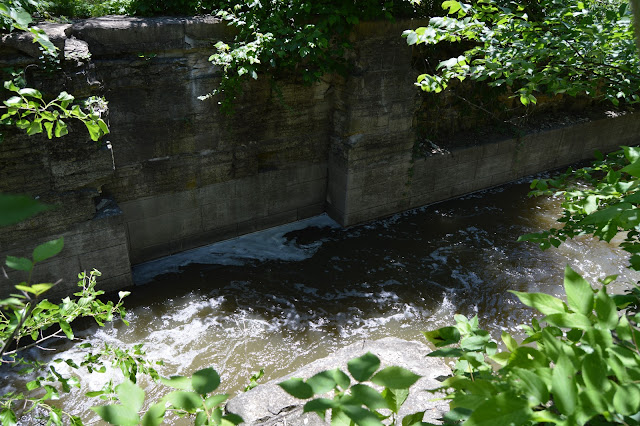 A bad "window" in the treeline, but I wanted to capture the wall failure and the swift moving water at the upstream end. 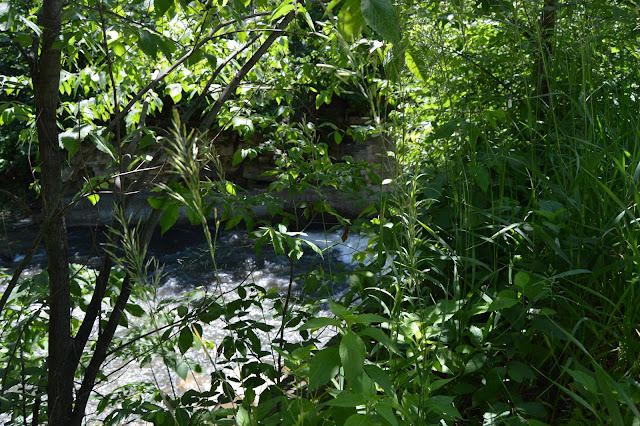 I went back to the better treeline window and repeated the shot looking down to catch the water flow and... 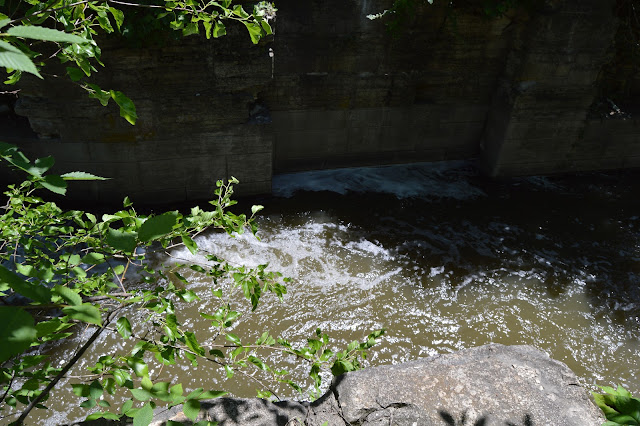 ...took another view getting more of the length of the lock. 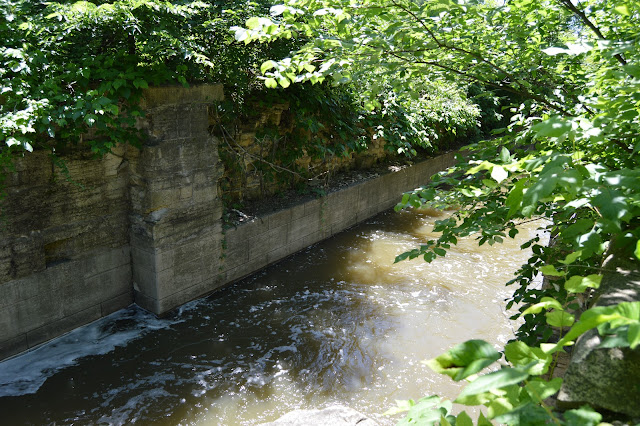 The canal is still rather wide downstream of the lock. Most of the canal remnants you find are narrow or dry because the feeder canals were removed when the canal was shutdown in 1933. 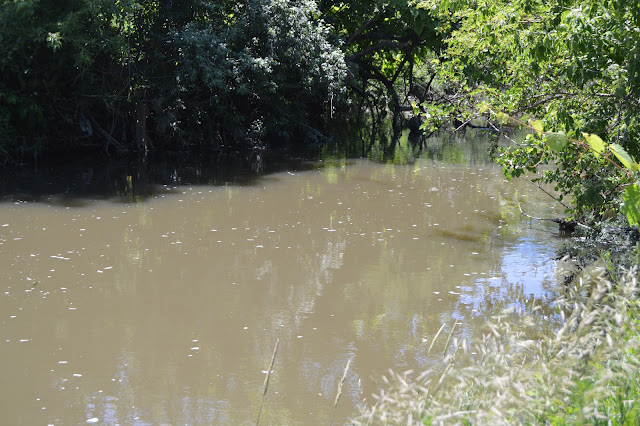 Posted by Dennis DeBruler at 8:09 PM