The Gaylord Building was another canal-side warehouse similar in function to the Norton Building. Like the Norton Building, it set between the canal and the GM&O railroad tracks. The side facing the tracks (East) has just a few alterations.

The side facing the canal has been heavily altered to facilitate a current usage as a restaurant and banquet center. 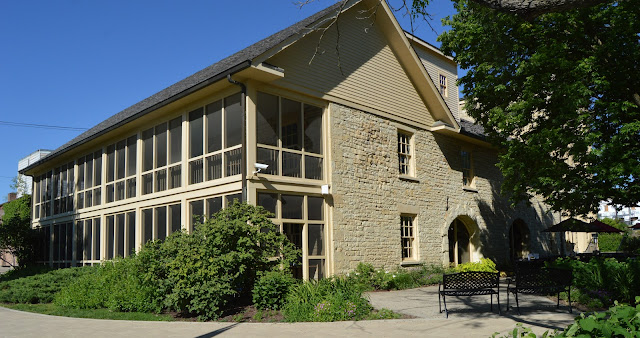 This 1838 dolostone building also houses a museum. It was rehabilitated in the 1980s and is one of 29 National Trust Historic Sites. [Gaylord-history, PublicLanding-history]

After taking a photo of the track-side view of the Gaylord Building (top photo of this post), I walked a little south along the tracks and saw the rear of the Canal Headquarters Building, which is now owned by the Will County Historical Society. 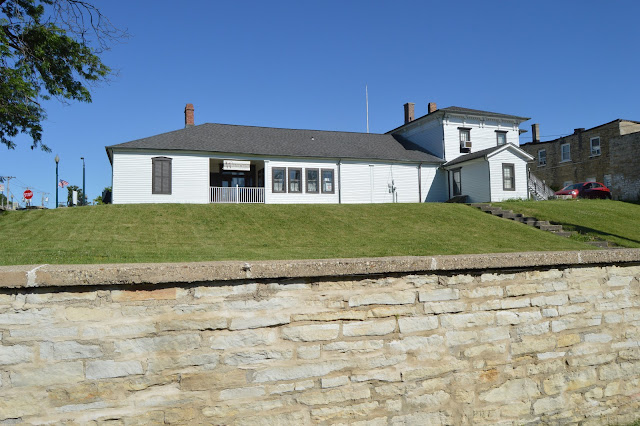 I walked up the hill to get a shot of the front side. Even at 18mm, I had to step out into the street to get the whole building. Even though I was in a crosswalk, I did not want to hold up the rush-hour traffic longer than it would take a person who was actually crossing the street in the crosswalk. I see that both shots cut off one end of the building. Fortunately, they cut off opposite ends. So for now I'll use both as a placeholder until I get a chance to get a better picture. 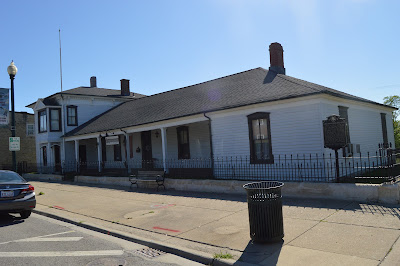 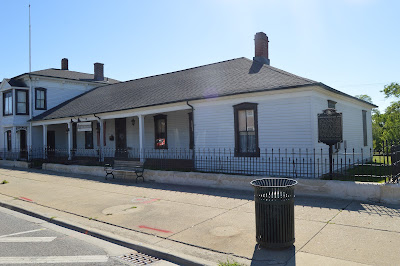 It was easy getting a snapshot of their sign. Unfortunately, you don't see details such as that glare in the viewfinder. I don't know where that glare came from. I have so much to learn before I take photos instead of shapshots. But it is still readable, which is my main concern. 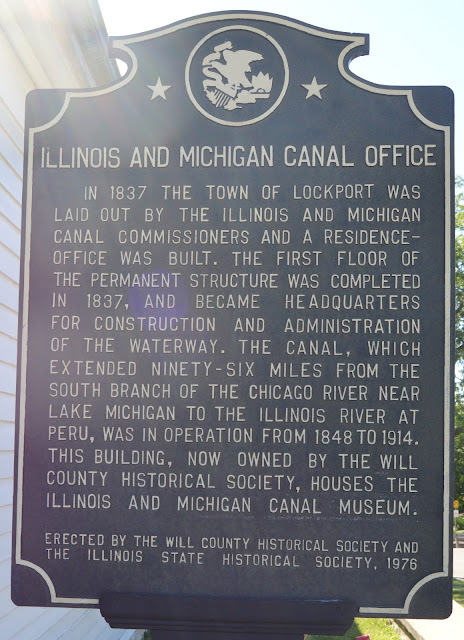 Posted by Dennis DeBruler at 10:29 PM