I debated if this park belonged in Towns and Nature for the Nature aspect or in this blog for making the I&M Canal feasible. The I&M Canal is what fueled the growth of Chicago and turned it into the transportation hub of America. I discovered this when I was trying to find someplace to park where I could access the Harlem Street bridge pedestrian walk on the east side to take pictures of the Santa Fe Bridge. The bridge is still on the to do list.

See Glen Miller's posting for another picture of the statue and an extensive description of other portages in the area. The one between the Maumee and Wabash Rivers that made the Wabash and Erie Canal feasible is out of his range of discourse. 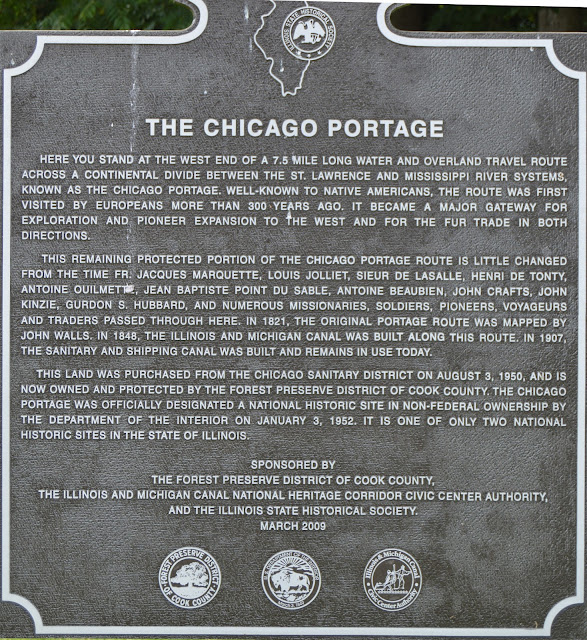 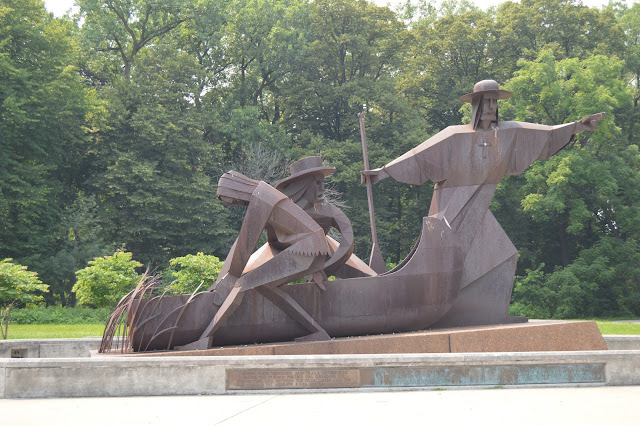 Update: I stopped by again during a morning trip so that the pictures would not be back-lit. 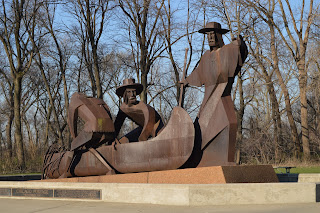 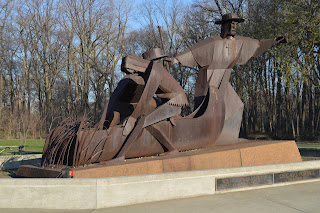 I'm still trying to figure out what affects the exposure. The color of the plaque is so much different than what I took above on the initial trip. Actually, it may be a "smart" feature such as white balance that is giving me trouble. Now I'll have to do a third trip to confirm the photo above with a black background has the correct color.
Posted by Dennis DeBruler at 9:00 PM