RR-Picture-Archives has pictures of this park rather than pre-1997 pictures at the junction. 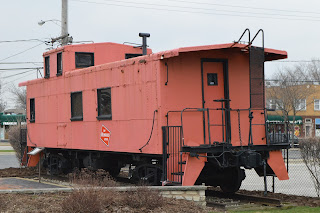 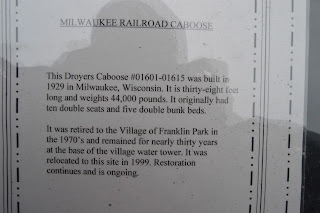 Three photos from an eBay listing with a minimum bid of $500. Comments on the source post identified it as the model board that was in B-12.

A June 2007 Flickr photo of a former SOO engine pulling an eastbound CP freight past the tower.
Posted by Dennis DeBruler at 9:47 AM